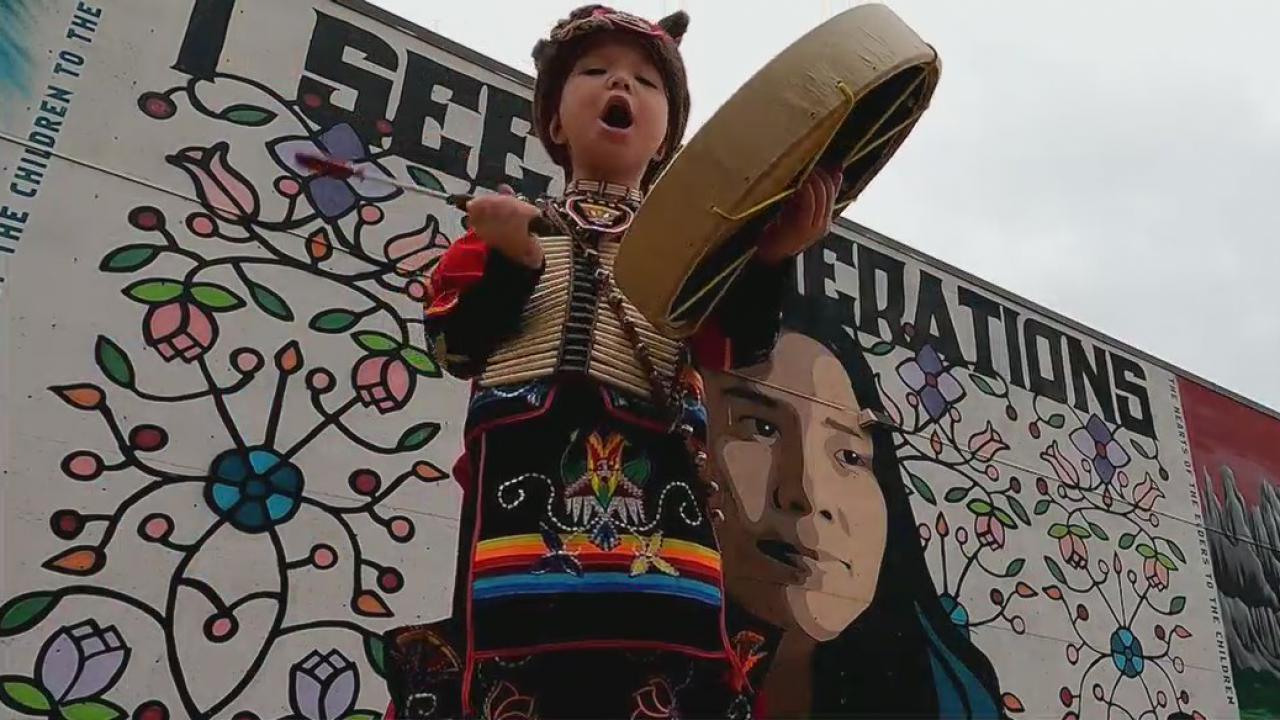 November is Native American Heritage Month and Minnesota is home to 11 tribal nations.

A 4-year-old boy from Minneapolis is proud to share his indigenous culture. Opie Day-Bedeau, or “Baby Opie” as he is known on Instagram, has over 65,000 followers. Not only are his videos adorable, but they also teach the lessons of his ancestors.

Day-Bedeau’s parents passed on the teachings of their cultures and through song and dance, he carries on these traditions. Her father, Opie Day-Bedeau Sr. is the lead singer of a well-known Native American group, the Midnight Express Singers. He passed on his love of song and dance to his son.

“He came out dancing and singing,” said Desirae Desnomie, Baby Opie’s mother. As soon as he could walk and stand, he held a drum. Song and dance styles Pow Wow and Round Dance came next.

“He always made the hearts of our people close to him beat faster,” said Day-Bedeau Sr. Baby Opie participates in powwows and round dances across the country.

“A lot of people really don’t understand who we are or that we’re still here,” Desnomie said. Her husband’s tribe is indigenous to Minnesota and yet she said so many people are unaware of their culture.

“Even the Minnesota words, where these words come from, they’re indigenous words but we just, for lack of a better term, just butchered the way the language is spoken,” she said.

That’s why this month, Native American Heritage Month is important for their family.

“It’s extremely important,” Desnomie said. “The history of our indigenous people has been through so much and for us to reclaim our culture, our songs, our language, all of our teachings is super important.”

“It’s a way of life for us. It’s not just something we do during the month of November. This is how we live,” added Day-Bedeau Sr., “I wish people knew that as a people we are still here.