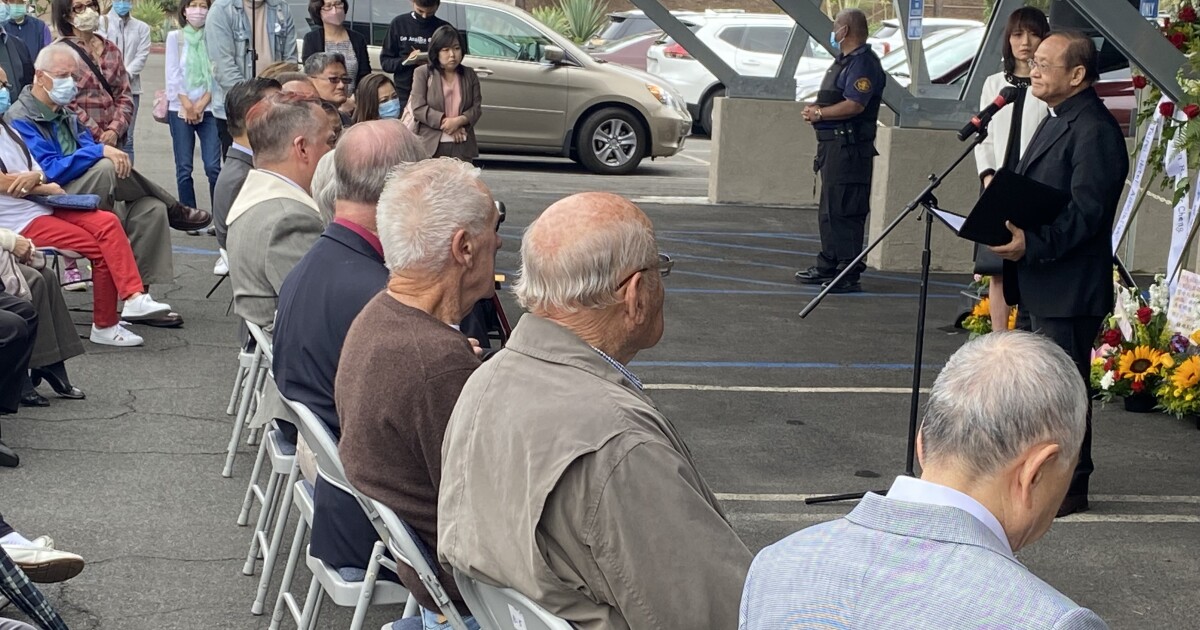 Start your day with LAist

Sign up for the Morning Brief, delivered on weekdays.

Members of the Taiwanese American community in Orange County held a press conference Saturday at the Laguna Woods Church where a gunman opened fire in a banquet hall last Sunday, killing one man and injuring five others .

“It has been a very difficult time for the community,” Huang said, “but we are united against hate.”

Reverend Albany Lee of the Taiwanese Presbyterian Church in Irvine offered this prayer:

“We lack the words to express our feelings, please help us not to give in to evil but to transcend our fear and anger with your unending love.”

Lee said the other five victims who were injured in the shooting are recovering. The church contacted a trauma specialist to help victims and witnesses begin to heal.

Richard Lin, deputy director general of the Taipei Economic and Cultural Office in Los Angeles, said the Taiwanese government issued a statement condemning the violence and called on the local Taiwanese American community to stand together.

Lee said fundraising has begun to support the wife and two children left behind by Dr John Cheng, who was shot and killed after charging the shooter.

“In my eyes, Dr. Cheng is more than a hero, he is a true disciple of Christ,” Lee said. “He followed the teaching of Christ to the end. We barely knew him but he chose to give his own life.