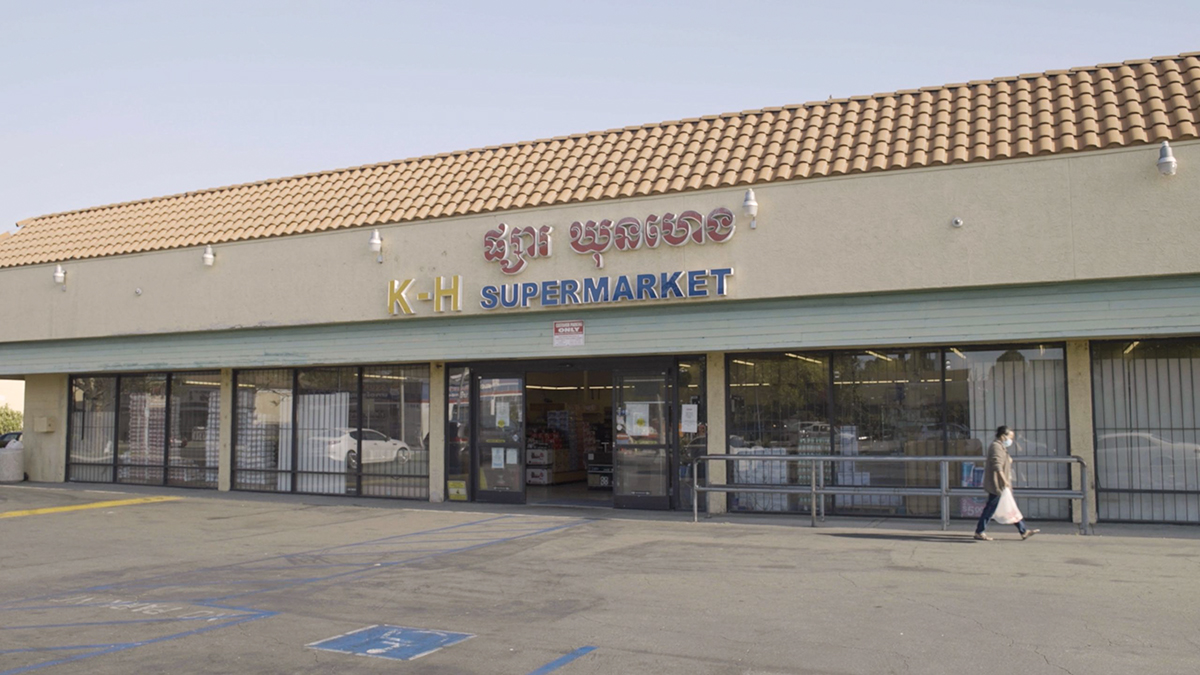 In the heart of Cambodia Town, a local family market is a powerful symbol of resilience.

Documentary filmmaker and alum Brandon Soun premiered two of his original shorts, “Cambodia Town Thrives” and “Conversations at the Register,” at the Los Angeles Asia-Pacific Film Festival on May 5 and Sunday. Completing a three-part film series Soun began as a college student, the films focus on the residents, businesses, and community of the Cambodian town of Long Beach, California. Having grown up in Cambodia Town himself, Soun said studying Asian American Studies and joining the United Khmer Students at UCLA helped him continue to express his love for his Khmer community through film after leaving home.

“I attribute much of my film experience to Asian American studies,” Soun said. “UCLA has really helped me become a filmmaker who wants to portray stories of resilience in my community and do it in a very conscious, ethical, and respectful way.”

The first film in the series is titled ‘Cambodia Town: Not For Sale’ and follows ethnically owned small businesses and local organizers who struggle against the city’s gentrification efforts. After creating the short as part of the Asian American Studies EthnoCommunications program, Soun said he then continued the series with “Conversations at the Register” after graduating. He said the second The film focuses on KH Supermarket, a Cambodian family grocery store after being forced to close due to gentrification.

Co-director of the first two films and former student Lan Nguyen said that she and Soun both grew up in Cambodia Town and share a deep history with the city. Soun said he and Nguyen also grew up visiting the KH supermarket, which made it an integral part of both. their childhood and their home identity.

After the start of the pandemic caused the permanent closure of the KH supermarket, Soun said the pair wanted to highlight the business’s contributions to the community, from providing inexpensive and ethnic foods to creating a space where residents could gather and share resources. Seeking to portray the vitality of the market for the city’s large immigrant and refugee community in Cambodia, Nguyen said the film captures conversations between shop owners and their regular customers.

“You can have a sit-down interview where customers tell you, ‘This store means a lot to us,'” Nguyen said. “But it’s so much more powerful when you see…owners ask their customers, ‘How’s your wife?’ or “I heard your mother just passed away”. Those things you buy for the funeral, they’re all on the house.'”

In addition to celebrating the store’s history and its contributions to the city, Nguyen said the film also depicts the sense of grief and loss felt by family and residents after the store closed. At the same time she said the team wanted to portray community organizing efforts that helped fight gentrification and protect their neighborhood. In order to include these different story elements, Nguyen said she and Soun decided to split the films into three shorts rather than trying to fit each side of the narrative into a single project.

Focusing on community organizing efforts in Cambodia Town, the main subject of the third film in the series, “Cambodia Town Thrives,” is Susana Sngiem, executive director of United Cambodian Community. Sngiem being a longtime leader in the community, Soun said he wanted to create a separate film focusing on his history with the city.

Narrated by Sngiem, the film highlights the proactive response of UCC and other neighborhood organizers as development projects threatened to drive out businesses, she said. Art is a crucial part of organizing and protecting a culture, Sngiem said. She said UCC actively partners with artists such as Soun and Nguyen and also collaborates with other groups on community art projects.

“During the (Khmer Rouge) genocide, one of the main people targeted to be killed were actually artists,” Sngiem said. “One of the top priorities…(for) the refugees (who) came to America is to preserve the culture….This (film) is how the Cambodian community shared their stories and narratives and captured it It is also our priority, for UCC to not only preserve, but to redefine what culture is here in America – Cambodian American culture.

Now that the festival ends, Soun said it was essential to have other spaces where films centered on Asian American voices are in the majority. For younger generations, Soun said creating more films that Asian American, South Asian and Cambodian children can see themselves in provides representation for groups that have historically been denied that privilege.

Beyond just increased visibility, Nguyen said she views her films as both works of art and agents of mobilization. For his films, Nguyen said the team works alongside community organizations when creating their release plans to strategize how their films can help mobilize the ongoing push against gentrification. Especially with the lack of representation from Cambodian American media, Soun said the increase in media focusing on underrepresented groups allows viewers outside of their community to shed preconceptions and bring more resources to communities. marginalized to thrive.

“Cambodian Americans aren’t really portrayed in the media – when we’re portrayed in the media, we’re kind of portrayed negatively, or they mention the Khmer Rouge genocide a lot,” Soun said. “And while that’s been an integral part of our history and our migration story here, I really want to change that, and I want the stories around our community to be about resilience and prosperity.”