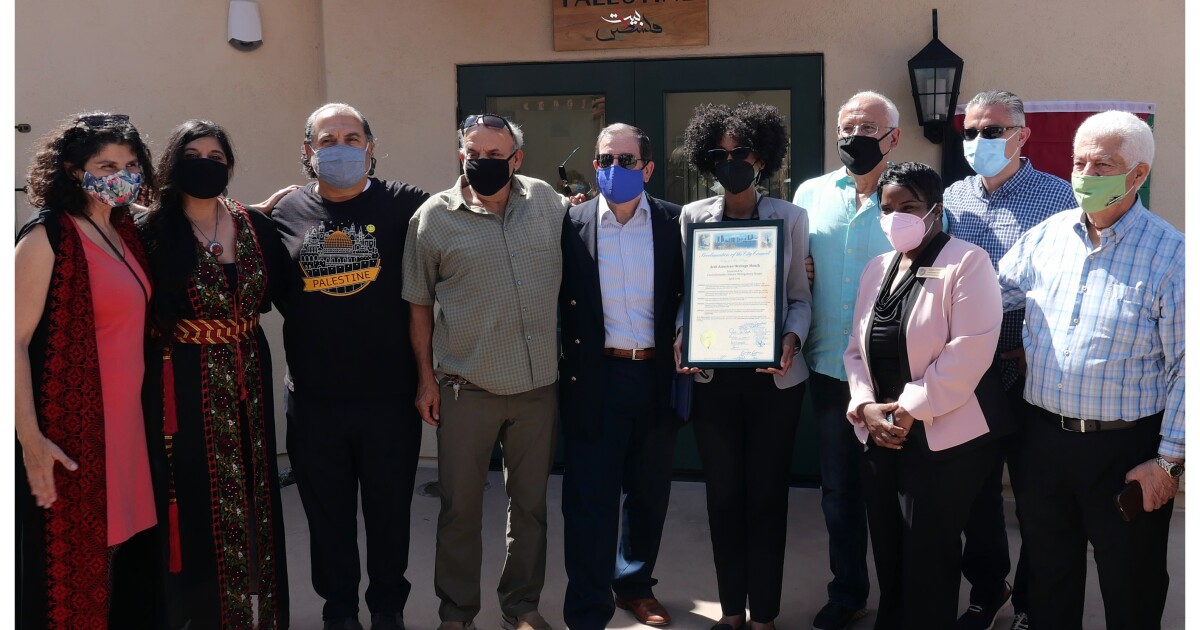 Members of the Arab American community in San Diego gathered for a socially distant celebration for the establishment of Arab American Heritage Month at Balboa Park on Saturday.

Held in front of the newly constructed Palestine House, the event’s organizers hoped to shatter stereotypes and raise awareness of the various histories, cultural practices and traditions Arab Americans defend.

“People don’t usually know us,” said organizer Doris Bittar. “We are invisible and we are only known negatively in terms of ‘being terrorists’. People don’t understand that we have very deep roots in every county in this nation. “

Bittar is the chapter chair of the San Diego American Arab Anti-Discrimination Committee, as well as the regional coordinator of the national organization. She also teaches at California State University San Marcos in the Department of Art, Media and Design.

As of 2017, San Diego County is home to more than 60,000 people who identify with Arabic-speaking ancestry, according to the Arab American Institute.

Identifying himself as Pan-Arab, Bittar was born in Baghdad, Iraq, and has Lebanese and Palestinian cultural origins. His family immigrated to the United States in 1965 in hopes of living happier and more prosperous lives.

By hosting events like the one on Saturday, Bittar hopes more people will be open to learning and embracing the music, food and culture of Arabic speaking countries and the Middle East.

“Maybe our voices can help create constructive engagement in the region going forward,” Bittar said. “Right now in the Middle East they are like America’s battleground … Our parents, our grandparents remember a very different Arab world that was inclusive, diverse, innovative in terms of music.”

U.S. Representative Rashida Tlaib introduced a bill last May to recognize the month nationally, and it was referred to the House Committee on Oversight and Reform. On April 1, the US State Department recognized April as National Arab-American Heritage Month in a video it said. shared on twitter.

Last year’s local effort was thwarted in part by the COVID-19 pandemic, but this year local organizers have achieved that goal with the support of San Diego Mayor Todd Gloria and the current city council.

The proclamation said in part that “American Arabs have made valuable contributions to the United States of America, and in particular to San Diego” and the city “recognizes the efforts and success of American Arabs in combating harmful stereotypes, prejudice, ignorance, invisibility and discrimination. ”

When the Palestine House officially opens this summer, it will be the first cottage representing Arab culture in the House of Peaceful Relations in Balboa Park. It is one of 32 houses celebrating international cultures in the park, and will later be joined by Maison du Liban.

The weakening of American culture