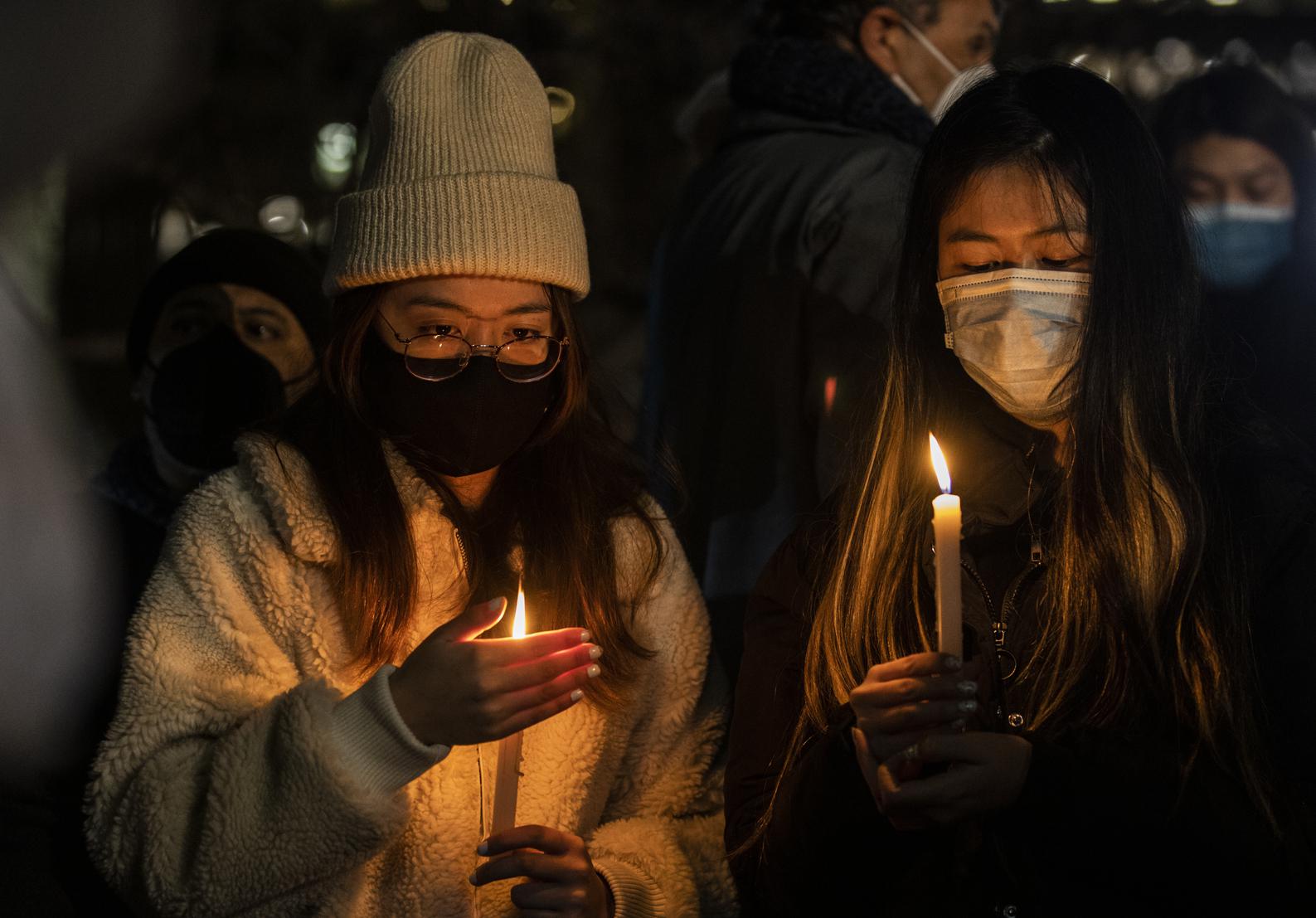 Portsmouth Square, in the heart of San Francisco’s Chinatown, was lit by candlelight on Tuesday evening as around 100 mourners gathered to remember Michelle Go, a Bay Area woman who was killed in New York on Saturday.

Go, 40, was standing on a subway platform in Times Square waiting for her train to arrive when she was apparently pushed onto the tracks by an unknown person, according to New York police. Go was Asian American and New York police said her death – and whether it was a hate crime – was being investigated, although officials said the attack seemed to be random. Simon Martial, 61, was charged with second degree murder after turning himself in to police.

For Asian Americans in the Bay Area and across the country, Go’s death was a stark reminder and the latest example of the continuing wave of violent attacks on members of their community.

“We’ll probably never know why this happened, but…we’re here today because we need to come together to say, ‘This has to stop,'” San Francisco City Attorney David Chiu said. , to the people gathered in the square.

“We need to make sure she hasn’t left us, that we’re going to take the spirit of her genius and her kindness and her desire to serve and we’re going to use that to keep fighting for a better day, because we have to, because the violence has to stop,” Chiu said.

Go was born in Berkeley in 1981 and graduated from American High School in Fremont in 1998. She was a cheerleader and a member of the Honor Society, according to a statement from her family members, who still live in Fremont.

She earned degrees from UCLA and New York University and was working for Deloitte in New York when she died, her family said.

Tuesday night’s vigil was held in response and solidarity with a similar vigil taking place around the same time in Times Square, said Amy Lee, organizer and founder of Dear Community, a local community advocacy group. community among Asian Americans in San Francisco.

“Even though it happened in New York, it’s not like (we haven’t) had similar incidents here in the Bay Area and in San Francisco,” said resident Brian Quan. of the city that attended the vigil. “The Asian community is still coming together to make sure everyone is aware that we are still here.”

A San Francisco artist named Son of Paper recited a rap song about loss, and several people who knew Go spoke of his caring nature and ability to help and support others.

“She lit up every room she was in,” said Garry Tan, a former classmate of Go’s at American High School. “She showed what it meant to be alive and to be human.”

A statement from Go’s family was read at the vigil: “We hope Michelle will be remembered for how she lived and not just how she died. She was a beautiful, bright, kind, intelligent woman who loved her family and friends, enjoyed traveling the world and helping others.

Lee and other speakers urged those attending the vigil to keep Go and other Asian Americans who have been victims of crime in their thoughts. Lee asked them to stay active in their communities and try to uplift and protect each other.

“I want to tell Michelle that I’m sorry that day had to be you,” Lee told The Chronicle. “And I don’t want you to be another statistic. And I won’t forget you.

The Associated Press contributed to this report.

Head of US Embassy in Moscow expelled over US-Russian tensions