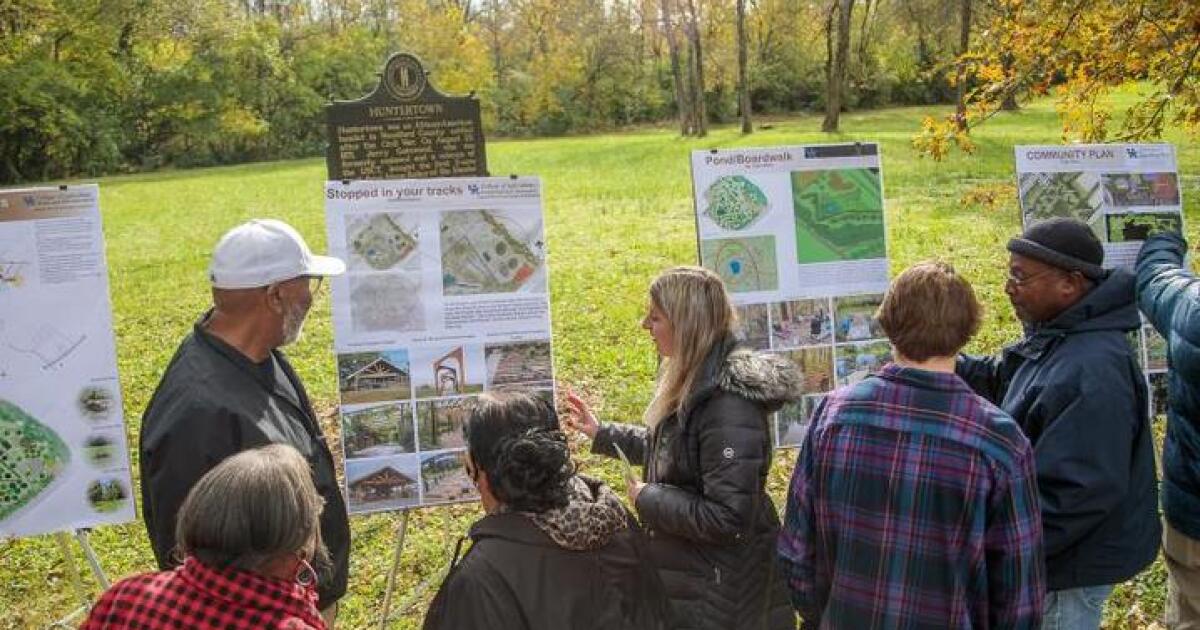 Established in 1871 on what was called Crawfish Pike in Versailles, over 180 residents lived in Huntertown at its peak. According to the Kentucky Historical Society, Isham Railey and his uncle Abner C. Hunter bought the 50-acre site for 34 mules and $5. They sold the land to former slaves, the first of whom was Civil War veteran Jerry Gatewood. Well-known residents of Huntertown include Reverend Jesse Bottoms, Omaha Nebraska Black, and Gene Carter, Jr.

Flooding and sewer problems caused residents to relocate and the county to purchase the land in the early 2000s. Of its 150and anniversary in August last year, it was turned into an interpretive community park with funding from the Woodford County Community Foundation and Woodford Fiscal Court. A British landscape architecture class worked on the first phase of the project.

According to UK PR, a UK Sustainability Challenge grant of $42,000 enables new pupils in the class to work with community partners to make the park more accessible to the public through long-term improvements including playgrounds, pavilions , a community garden, learning areas and a recreation portion of the Riney-B Railway, which once ran through the community.

“The goal was to enrich the history of Huntertown. It was dismantled and only a few remnants of the buildings and some artifacts remained. So what we wanted to do was actually create an educational experience as well as improve the site.

Flood prevention measures are expected to be implemented at the Huntertown Interpretive Community Park this summer, and more historical research signage should be in place by June 16.