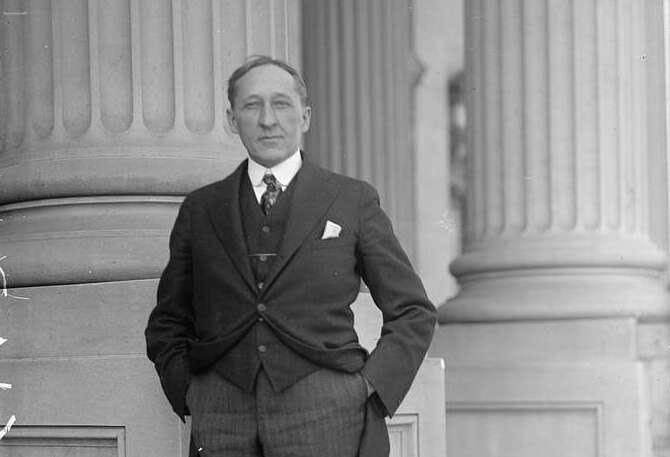 At the end of 1921, the deportation and massacres of the Greeks of Pontos by the Kemalists attracted the attention of the American press and Greek-American organizations. The latter believed that the government of the United States would use its moral influence on the Turkish nationalists to stop the outrages perpetrated against the Christian minorities of Pontus.

Greek-Americans were active in their attempts to get Congress and the United States government to become involved in the Pontian question. Alexander Kehayas, president of the Greek League of Pontus and also a member of the Kehayas Trading and Finance Corporation, had received a letter from the Central Council of Pontos in Athens describing the executions of prominent Greeks in Bafra and Samsoun. He pointed out that “Greeks in New York, setting aside their political affiliations, are planning a mass meeting in protest, at which members of Congress and senators will be invited to speak. We Greeks of Pontus, as good American citizens, will urge the civilized nations of the world to put an end to these horrible massacres. At this time, the Greek-American community was divided into Royalist and Venizelist factions, thus reflecting the political divisions existing in Greece.

On November 21, the New York Times and the New York Tribune reported on a meeting that took place in the synod hall of St. John the Divine with the speakers addressing an audience of 700 people. Keynote speaker Dr Blanche Norton, previously connected with Near East Relief, recounted his experiences helping to alleviate “the suffering of the peoples of Asia Minor and the conditions in Pontus and Kerasund”. D. Christoforides, editor of the National Herald “accused France of having helped the Kemalist government in the massacres of the Greeks by signing the Franco-Kemalist treaty”. Other speakers included former US Consul to Greece Frank W. Jackson, Samuel P. Goldman, Frank E. Hipple and Kehayas. The meeting passed a resolution which was then forwarded to President Warren Harding in Washington.

Showing unanimity, the Greco-American League of Pontus, the League of Greek Liberals of America and the Ecumenical Patriarchate of Constantinople on December 13 submitted to the United States Secretary of State Charles E. Hughes a memorandum entitled “Turkish atrocities in Pontus and in Anatolia”. This document provided an overview of the persecutions of Greeks and Armenians from the time of the Young Turk Revolution in 1908 until the signing of the Franklin-Bouillon Agreement in October 1921. France’s action acknowledged de de facto the government of Mustapha Kemal in Angora. .

If he mentioned the flight of some 150,000 Greeks and Armenians from Cilicia because of the signing of the Franklin-Bouillon agreement, he however emphasized the region of Pontos. It describes the concerted action of Monsignor Nicholas, Archbishop of Caesarea and Tenens Deputy of the Ecumenical Patriarchate, urging the Great Powers and the League of Nations to save the Christians of Pontos. The Greek-American organizations sincerely expressed that “we hope that this glorious country [the United States]who holds in his heart so many priceless treasures of Christian sympathy and humanism, will raise his voice against the atrocities perpetrated today in Asia Minor, against the remnants of Christianity once flourishing there.

Greek-American organizations were certainly doing everything they could to get support from the US government to do something for the Christians of Pontos. However, the United States was concentrating on the naval conference in Washington dealing with the problems of the Pacific Ocean.

Nevertheless, Greek-Americans found a champion in Senator William King of Utah, who was staunchly anti-Turkish and pro-Greek. On December 14, Senator King introduced a resolution in the United States Senate “condemning the persecution of the Greeks of Pontus by the Ottoman Turks and requesting the President to bring the matter to the attention of the European powers.”

This resolution [S.Res 193] was then referred to the Foreign Relations Committee on December 21, 1921, for review. Senator King spoke in the US Senate to argue quite strongly that if the European powers were not prepared to help the Greeks of Pontos, then the United States had a moral obligation to do so. He believed that the American people, churches, and philanthropists would raise such a loud voice that civilized nations would be awakened from their lethargy thus forcing the Kemalists to stop the deportations and massacres of the Pontos Greeks.

On March 15, 1922, the West Virginia newspaper reported that King had requested that the atrocities be brought to the attention of the League of Nations. He argued that if the United States had declared war on the Ottoman Empire, then it would have had a voice in the Treaty of Sèvres, but King thought his resolution would be defeated. However, the atrocities under the Kemalist regime were more “deadly and violent than before”.

He received reports of towns, villages, and villages being destroyed with the population “either massacred or driven into the wilds of Anatolia to perish.” Churches and monasteries were not spared looting and looting with women and children “slaughtered or burned in the burning buildings”. King hoped that Harding would appeal to the intervention of the League of Nations to stop the bloodshed and the massacres. Such a call would fail because the United States was not a member of the League, as this worldwide organization was an exclusive Anglo-French club. Moreover, the Anglo-French had their agendas in Asia Minor and their relations with Kemal.

The Foreign Relations Committee deleted the preamble from Senator King’s resolution. On April 22, 1922, Charles E. Hughes advised the Foreign Relations Committee “that no resolution should be passed suggesting action on the part of the President or [the State Department].” He informed them confidentially that Admiral Bristol, the American High Commissioner, and the Allied High Commissioners in Constantinople were applying their diplomatic skills to “the Turks and Greeks to ameliorate the position of non-combatants in Asia Minor.” Hughes concluded, “unless armed intervention [by] the Allies and ourselves have done everything possible in favor of the Christian inhabitants of the region of Pontus.

The non-intervention of the United States in the affairs of Asia Minor can best be understood in the context of its isolationist foreign policy in the post-1919 period and also of never having declared war on the Ottoman Empire in 1917 .

Greek-American organizations and Senator King’s efforts to arouse the interest of the American government in helping the Greeks of Pontos failed. Washington did not wish to get involved in a conflict with the Turkish nationalists.

Save Stories from the Greek American Community of Manchester, NH