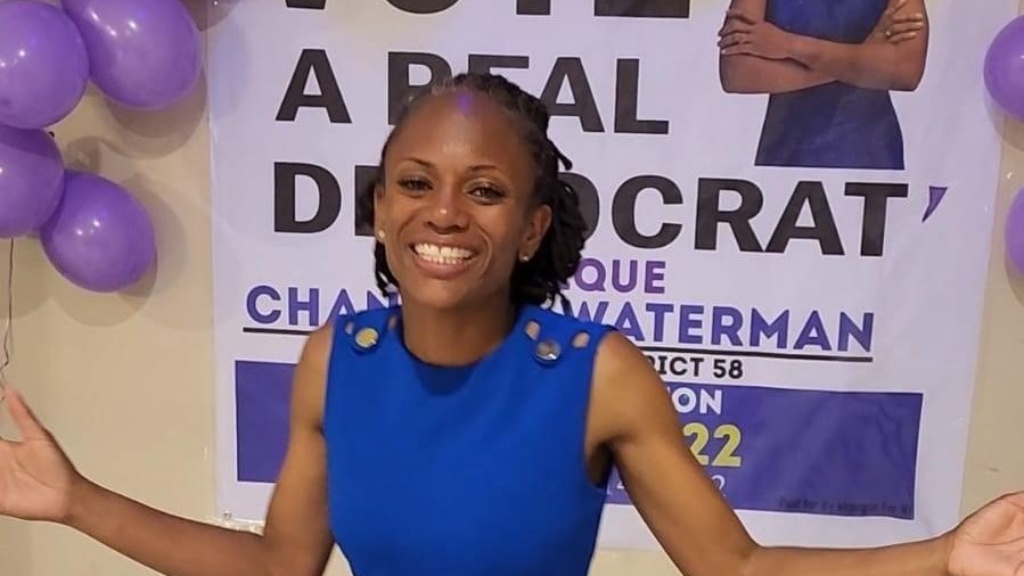 Caribbean American community activist Monique Chandler-Waterman said on Wednesday she was “humbled” by her landslide victory in the special election in the 58 three-way racee New York State Assembly District in Brooklyn.

“The 58th Assembly District has a new Assemblyman!” exclaimed the daughter of Jamaican and Barbadian immigrants. “I’m honored that the community has placed their trust in me.”

“As the new congresswoman representing the 58th district, I am committed to working with the community and doing everything in my power to meet the needs of our residents,” she told the Caribbean Media Corporation. (CMC). “I have spent my life serving this community, and I will work even harder to ensure affordable housing, equitable education and health care, and for us to stop the violence on our streets.”

She replaces former State Assemblyman N. Nick Perry, who was sworn in earlier this month as the new U.S. Ambassador to Jamaica.

But Chandler-Waterman said while she had great success in the special election, she has yet to “run and win again” in the June 28 Democratic primary election, urging voters to ” continue to commit” to his vision for the district and to help. make sure she can serve a full term in the State Assembly.

Perry, who had represented the 58e The New York State Assembly District in Brooklyn for about three decades, as well as Caribbean United States Congresswoman Yvette D. Clarke, the daughter of Jamaican immigrants, had given Chandler-Waterman their full support.

According to preliminary results, released Tuesday night, by the New York Board of Elections, Chandler-Waterman convincingly beat two challengers in the very low voter turnout of 72,865 registered voters. A total of 2,401 ballots were cast in Tuesday’s vote.

With the 86 electoral districts reported, Chandler-Waterman, who contested the election on Democratic Party and Working Families Party lines, received 1,896 votes, or 78.97%.

His biggest challenger, Hercules E. Reid – another community activist and son of Jamaican immigrants – was far behind, getting only 431 votes, or 17.95%.

Monique Allen-Davy, running on the line of the Republican Party and the Conservative Party, obtained only 55 votes, or 2.29%.

The Board of Elections said there were two ballots written in and 17 ballots were spoiled.

The results of the early vote, which started two Saturdays ago, have not yet been compiled.

“There is no one better placed to continue Assemblyman Nick Perry’s dedicated service to this community than Monique Chandler-Waterman,” MP Clarke said Tuesday, endorsing Chandler-Waterman.

“The challenges ahead require a community-focused approach to ensure we fully recover from the pandemic, our streets are safe, and our children are educated and connected to the resources they need to thrive and keep Brooklyn strong. “, added Clarke, who represents the Caribbean mainly 9e Congressional District in Brooklyn.

Perry said he was “proud” to support Chandler-Waterman as his successor, adding that “the district will be in good hands.

“She is a natural leader in every sense of the word, and her roots run deep in this community,” he told the Caribbean Media Corporation (CMC).

“Monique is the best of us and she will fight for everyone to have access to quality public schools, affordable housing and community health care.