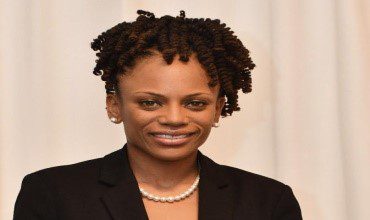 Caribbean American community activist Monique Chandler-Waterman lands a landslide victory in the special election for the seat vacated by former New York State Assemblyman N. Nick Perry , who earlier this month was sworn in as the new U.S. Ambassador to Jamaica.

According to preliminary results, released Tuesday night, by the New York Board of Elections, Chandler-Waterman convincingly beat two challengers in the very low voter turnout of 72,865 registered voters. A total of 2,401 ballots were cast in Tuesday’s vote.

With the 86 electoral districts reported, Chandler-Waterman, who contested the election on Democratic Party and Working Families Party lines, received 1,896 votes, or 78.97%.

His strongest opponent, Hercules E. Reid – another community activist and son of Jamaican immigrants – was a distant second, getting only 431 votes, or 17.95%.

Monique Allen-Davy, running on the line of the Republican Party and the Conservative Party, obtained only 55 votes, or 2.29%.

The results of the early vote, which started two Saturdays ago, have not yet been compiled.

“There is no one better placed to continue Assemblyman Nick Perry’s dedicated service to this community than Monique Chandler-Waterman,” said Clarke.

“The challenges ahead require a community-focused approach to ensure we fully recover from the pandemic, our streets are safe, and our children are educated and connected to the resources they need to thrive and keep Brooklyn strong. “, added Clarke, who represents the mainly Caribbean 9th congressional district in Brooklyn.

Reid also had the support of New York Mayor Eric Adams, who had campaigned for him.

Perry said he was “proud” to support Chandler-Waterman as his successor, adding that “the district will be in good hands.

“She is a natural leader in every sense of the word, and her roots run deep in this community,” he told the Caribbean Media Corporation (CMC).

“Monique is the best of us and she will fight for everyone to have access to quality public schools, affordable housing and community health care,” he added.