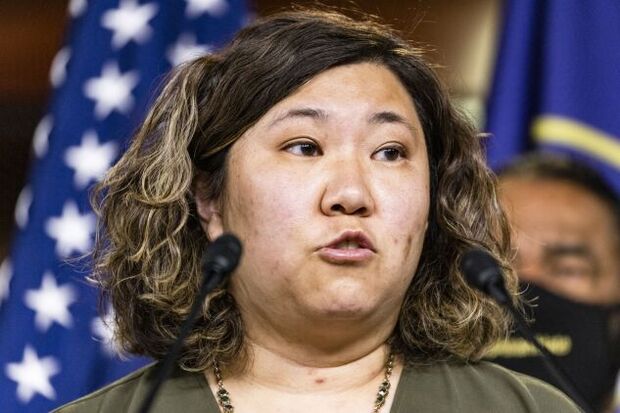 Democratic lawmakers are pushing their party to step up outreach to Asian American voters ahead of the midterm elections, arguing that the large and diverse group could make or break the races in the districts that will decide the majority.

Their efforts come as both parties take a fresh look at their approach to appealing to Asian and Pacific Islander American voters, particularly after voter turnout for those voters jumped 47 percentage points between 2016 and 2020, according to TargetSmart, a Democratic political data services company. This increase has helped secure Democratic victories, including in Georgia’s presidential and senatorial races.

Democrats face a number of hurdles in their quest to retain the House in 2022, including President Joe Biden’s declining endorsement over the past year, incumbent retirements and rising inflation and violent crime. The party is looking to Asian Americans for a boost and offsetting potential slippages elsewhere. But lawmakers and advocates say the party must first step up its engagement and outreach to Asian Americans, who were the fastest growing racial or ethnic group in the United States from 2000 to 2019, according to the Pew Research Center.

“AAPI still feels a little bit like, compared to investments in other communities, we’re an afterthought,” Rep. Marc Takano (D-California), second vice chairman of the Congressional Asian Pacific American Caucus. “Increasingly, we must not be an afterthought. We are the margin of difference for victory in a number of key swing states.

“Our party better start caring more about #aapi voters and communities,” Meng tweeted two days after the election. Meng, who is chairman of the political arm of the caucus, ASPIRE PAC, said in another tweet that Democrats “in general need to pay more attention to multilingual outreach and staffing that includes AAPIs. We need a good message + messengers.

“AAPI voters can go from marginalized to being the margin of victory in some of these battlegrounds,” Yoo said.

“The difference this year is that the RNC has ongoing investments in several minority communities across the country,” Johsens said.

Republican efforts in recent years are beginning to bear fruit, as evidenced by the victories of two Korean American GOP lawmakers from Southern California in 2020: Reps. michelle steel and Young Kim.

Kim first lost when she ran for a House seat in 2018. Two years later, Kim said Republicans at the national, state and local levels “have invested heavily in their outreach by bringing more field workers and regional directors” and brought in campaign workers with a focus on outreach to ethnic communities. She said that effort helped her unseat incumbent Rep. Gil Cisneros (D).

Steel, who also beat an incumbent, said Republicans were more focused on messaging for Asian Americans, seeing them as persuasive voters.

“They realized how important the AAPI community is because there aren’t a lot of people who identify as Republicans or Democrats,” Steel said.

Asian American voters have leaned towards the Democratic Party in recent years, but about a third said they were independent or did not identify with a political party, according to AAPI Data, which publishes demographic and political research.

A motivating factor for many of these voters in 2020 has been the spike in anti-Asian American hate crimes after President Donald Trump and other Republicans blamed the Covid-19 pandemic on China. Republicans hope to make inroads this year by focusing on the severity of violent crime, which has increased in major urban areas.

representing Judy Chu (D-California), chairman of the Congressional Asian Pacific American Caucus, said, “This trend of voting Democratic is recent, it’s a shift that’s happened over the past two decades. This is why our leaders must be aware that it could go the other way.

One of the biggest challenges for both parties in their dialogue with these voters is their diversity.

Takano said he urged the DCCC to better understand that Asian Americans are “not monolithic” and to learn how to tailor messages to different communities, such as a second-generation Korean American versus a Vietnamese American. first generation or someone who immigrated from India.

In 2020, Democrats ran ads in Chinese, Hindi, and Vietnamese. But simply translating a message into another language ignores cultural competence, tone, nuance and dialect.

“We can’t take a cookie-cutter message and translate it into different languages ​​and say, ‘Oh, we reached out to AAPI voters,'” Yoo said. “That’s not going to cut it.”

Yoo said Democrats are also bolstering similar efforts they have made in the past two elections by investing earlier, organizing earlier and launching paid media earlier.

“Cents on the Dollar”

Some Democratic-aligned groups fear that still isn’t enough. Varun Nikore, executive director of the AAPI Victory Alliance, which works to build the political power of the AAPI, said the financial investment in Asian American voters in the 2020 election amounted to ” pennies on the dollar and in the last quarter of the ball game”. The data on voters who identify as Asian Americans and their ethnicity is “appalling,” he said.

Nikore also saw with his own eyes in the 2021 Virginia gubernatorial race, won by Glenn Youngkin (R), how Republicans focus on voters like him. Youngkin targeted voters with specific plans to reach different groups of Americans, including those of Polynesian, Central Asian and Middle Eastern descent, according to a Washington Post op-ed written by Youngkin’s top campaign strategists. .

“The fact that this happened so early and that it was specific and targeted should frankly send shivers down the spine of the Democratic Party,” he said.

To contact the reporter on this story: Emily Wilkins in washington at [email protected]