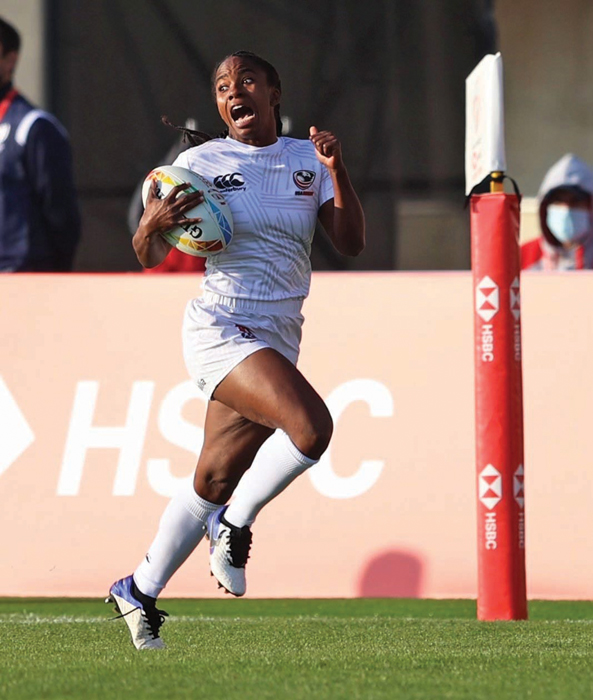 As the female point guard at Norfolk State University, Jazamine “Jaz” Gray was known for her passing skill. She had 230 career assists.

Since then, Gray has passed the test in another sport, rugby.

The 29-year-old Raleigh, North Carolina native made the United States Women’s National Team at seven and represented America in international competitions in places like Spain, Canada and the United Arab Emirates.

Considered one of the best rugby players in the country, she is looking forward to wearing the red, white and blue at the upcoming Olympic and World Cup events.

The former Spartan combines speed, strength, stamina and tenacity on the pitch, earning him the nickname ‘Chief Connection Officer’.

Gray’s considerable talents did not go unnoticed in the national press. In the June 6 edition of Sports Illustrated, Gray was named to the magazine’s Elle-evate: 100 Influential Black Women in Sports list. Empower Onyx contributed to SI selections.

After graduating from NSU in 2015, Gray began working as a personal trainer at Results Fitness Gym in North Carolina. The establishment is owned by his brother, Jeramie.

While working at the gym, Gray was introduced to rugby by a client. Although he initially knew little about the sport, Gray decided to give it a shot.

“I couldn’t even tell you what was going on during that practice. I just remember deciding to come back,” she told the NSU website. “I kept coming back and enjoyed it.”

Gray soon began playing on elite club teams, which led to her making the U.S. national team and receiving a Sports Illustrated tribute.