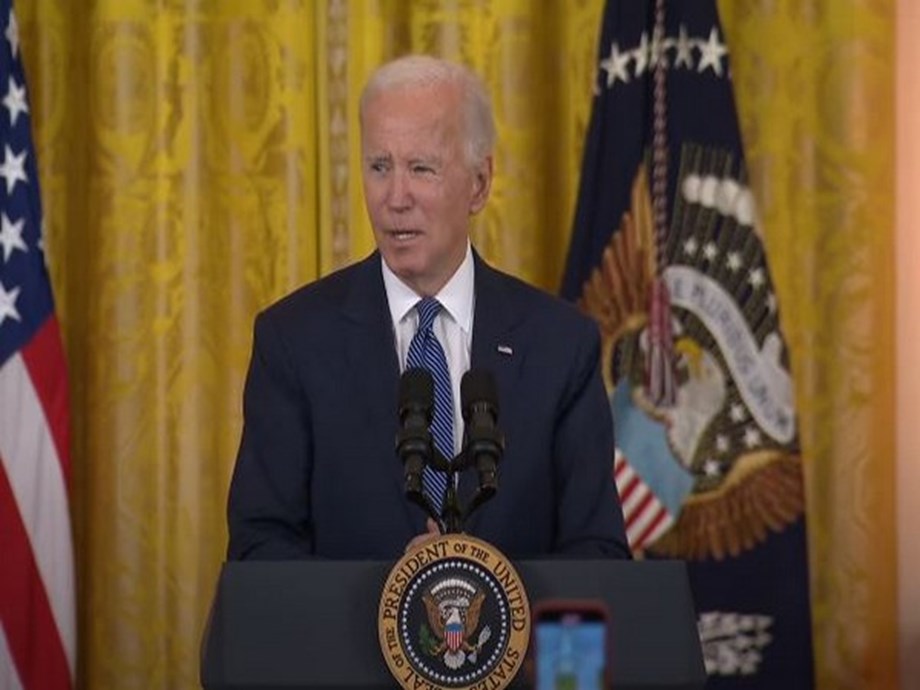 By Reena Bhardwaj Wishing a happy Diwali to the more than one billion Hindus, Jains, Sikhs and Buddhists celebrating this Festival of Lights in the United States, India and around the world, Biden thanked the Asian American community in United States for making the Diwali celebration a joyful part of American culture.

“We are honored to have you here. This is the first Diwali reception of this scale at the White House. We have more Asian Americans than ever before in history and we want to thank you for “Having made the celebration of Diwali a joyful part of American culture,” US President Joe Biden said at a reception to celebrate Diwali at the White House. “As we host the official Diwali reception at the White House, we are honored to light the diya surrounded by members of the most diverse administration in American history – led by Vice President Kamala Harris, the first Black and South Asian American to become vice president.

Biden thanked for the optimism, courage and empathy shown by the incredible South Asian community across America. Several Native Americans from the Biden administration were present at the event.

“Together, South Asian Americans reflect the soul of who we are as a nation, whether it’s helping us emerge stronger from this pandemic, building an economy that works for all world, or to serve and protect our communities and our country.” As the world celebrates this gathering of light, he said, “as this community has too often experienced – that there is always darkness lurking. American history has been a struggle constant between the American ideal that we are all created equal and the harsh reality that we have never fully lived up to it. Marking the victory of light over darkness, Diwali reminds us that each of us has the power to bring light to the world, whether here in America or around the world.

“With prayers, dancing, fireworks and sweets, Biden said everyone who observes Diwali can enjoy the chance to celebrate and connect, feel community pride and remember the power of the gathering of light.” Additionally, US Vice President Kamala Harris also delivered a speech from the White House on the occasion of the Diwali celebrations. She said: “The White House is the home of the people and together our President and First Lady have created this place where every American can celebrate their honor and their tradition.”

Tonight, Vice President Harris said, the Biden administration joins more than a billion people around the world to light the “Diya” and celebrate the fight for good against evil, knowledge against evil. ignorance and light against darkness. Additionally, First Lady Jill Biden praised the Asian American community in the United States for “helping us light our way.”

“With persistence, with faith, with love, I am grateful that today these diyas have guided you to this home. A home that belongs to all of you,” the first lady said. Diwali is an auspicious holiday that symbolizes the triumph of good over evil. Spectacular lights, firecrackers, irresistible traditional sweets and gift exchanges punctuate the party.

While Hindus celebrate this festival to commemorate the return of Lord Rama after 14 years of exile and his victory over Ravana, for people of Jain faith this festival carries the essence of spiritual upliftment as it marks the attainment of Nirvana. or Moksha by Mahavira, the last Tirthankara. Diwali is popularly known as the “Festival of Lights” and is observed continuously for five days which begin at the end of Ashwin and end at the beginning of the month of Kartika according to the Hindu lunisolar calendar.

Each day of the festival is associated with six different main stories. In North India, the worship of Lord Ganesha and Lakshmi, the Goddess of Wealth, is an important part of Diwali which signifies the welcoming of prosperity and wealth. (ANI)

(This story has not been edited by the Devdiscourse team and is auto-generated from a syndicated feed.)

The White House hosts the biggest Diwali party ever