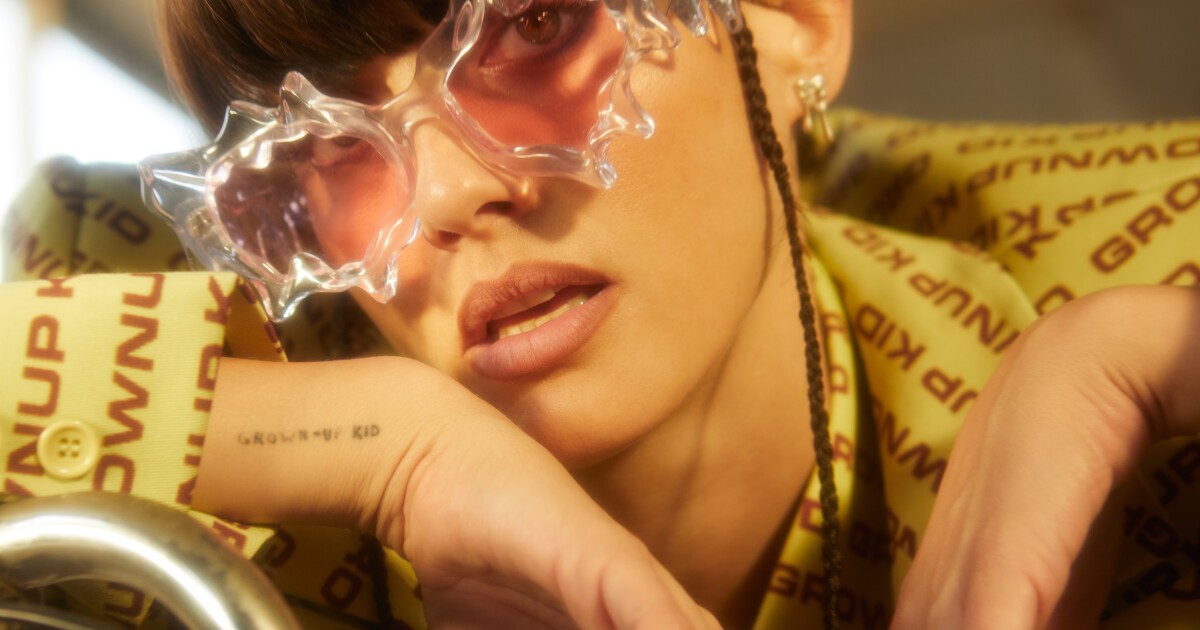 Israeli singer Noga Erez reflects on the fallacy of authenticity, the benefits of creative limitations, how personal stories can be seen as political, and what it means to make music with your heart rather than your head.

She started out as a jazz singer, performing and recording her original songs with a piano trio. Those recordings are long gone, lost in a pile of faulty hard drives. Anyway, she decided her original concept was too intellectual, and it was time for something more intuitive. Encouraged by her musical (and personal) partner Ori Rousso, she wanted to do something that was not so not cool.

So she started producing songs that straddled hip-hop, pop and electronic music, inspired by Björk, Kendrick Lamar and Flying Lotus. His first album, off the radar, was released in 2017 and featured the song “Dance While You Shoot”, which was featured in an Apple commercial. The more organic live versions of the songs were intended as a kind of creative exercise in 2020 when the tour came to a halt. But I really loved them, and as Erez explains, so did a lot of his fans.

We talked in the summer of 2020 about her career, starting as a jazz singer-songwriter and then moving into what she describes as “the music in my heart.” We also tackled the curious relationship between Israel and the United States from the perspective of a contemporary Israeli pop group; what it means to be a political artist, and whether or not music itself can really make a political difference today; what it means to be “the offspring of limitation”; and whether the phrase “I don’t pop with that” actually exists or not. Also, a complete tutorial on how to pronounce his name.