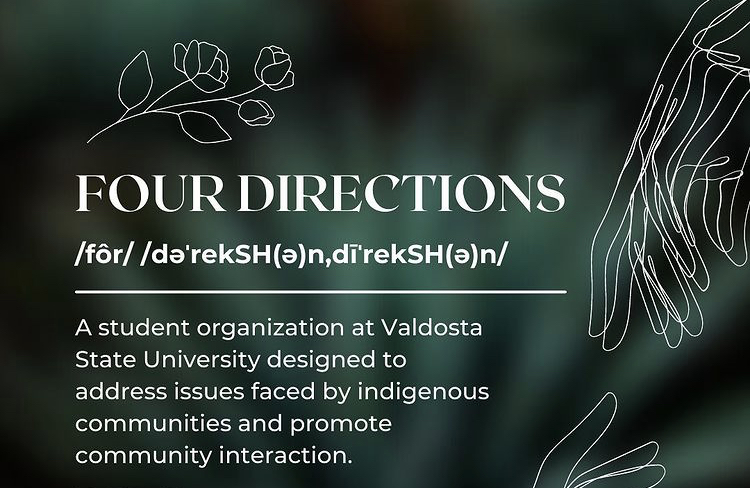 The organization, led by President Diana Hernandez, aims to bring together students and indigenous peoples, concepts and events.

Native American culture has become an increasingly discussed topic in recent years as part of a cultural shift to be more inclusive in society.

Four Directions is not strictly a Native American or Indigenous community.

“It is made up of students who are interested in issues related to culture, spirituality, the environment, sovereignty, languages ​​and a variety of other issues,” said Dr. Lavonna Lovern, professor of Native American and Indigenous studies. “NAIS is an organization designed to research and understand all aspects of Native American and Indigenous concerns around the world.”

Although Four Directions is not a national organization, universities around the world have their own Native American and Indigenous organizations, each with their own mission goals in mind, according to Dr. Lovern.

Like most other organizations on campus, Four Directions has taken a hit due to the COVID-19 pandemic. This was mainly due to the organization not being able to meet regularly.

“The group had been quite active from its inception until COVID,” Dr. Lovern said. “However, we have a strong group that started this fall. They have already had meetings and are planning several events.

As this is what Dr. Lovern called a “year of rebuilding,” Four Directions currently meets twice a month and focuses on discussions on Indigenous topics, with the help of their sponsors. Additionally, the board met on Teams at various times to help with planning and organization.

There are no announced events currently, but those will be announced when the organization has finalized all the details.