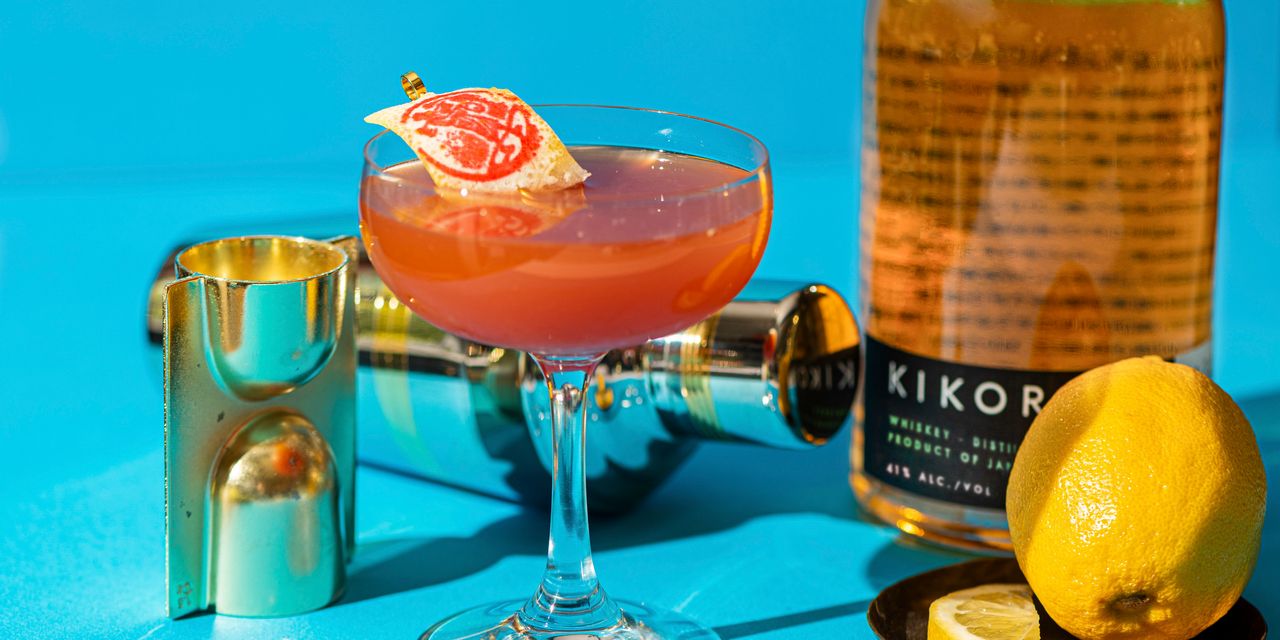 
Ann Soh-Woods launched Kikori in 2015 with the vision of a “milder style of whiskey” to drink poolside or at lunch, or in craft cocktails. Soh-Woods, who is Korean-American, worked in the entertainment industry but always had a passion for food and drink, especially when it came to Japanese-influenced products and businesses.

Soh-Woods says his upbringing gave him the idea of ​​making Kikori whiskey with a grain not commonly found in the spirit: rice.

“As the daughter of Asian immigrants, I grew up with rice — one of those ubiquitous white rice cookers lived on our kitchen counter,” says Soh-Woods. She turned to rice to give Kikori whiskey its own distinctly Asian American history as well as a more subtle flavor.

Kikori is one of the first whiskeys in the United States to be made from 100% rice and produced in Japan. The spirit is aged in barrels for a minimum of three years in American oak, French Limousin oak and sherry casks.

Kikori whiskey has a more delicate flavor than those of American whiskeys, which Soh-Woods attributes to rice.

“When I decided to create a whisky, it made sense to go with rice rather than barley or corn, because it helped make me who I am,” says Soh-Woods. “I also really liked the floral-nosed rice added to the whiskey, and its smoother flavor works so well with a variety of mixers.”

This year, Kikori has partnered with Daijoubu: A Super Asian Cocktail Pop-up, a concept from Austin bartenders Sharon Yeung and Caer Maiko, to host a series of educational pop-ups across the United States to feature Asian-influenced cocktails. Yeung and Maiko’s Kikori cocktails include nods to mango sticky rice and ingredients like black sesame sticky rice balls and almond cookie syrup.

“They create amazing cocktails not only using a wide range of Asian ingredients, but really showcasing those flavors in a way that piques the interest of people who have never thought of using them in drinks before. “, says Soh-Woods. “These aren’t just fun cocktails, they’re a showcase of overlooked ingredients that can and should be used not just in the kitchen but also at the bar.”

Kikori Rice Whiskey costs around US$50 for 750ml.

WHAT IS THE GOOD?

As one of the first Asian-American women to found a whiskey brand, Soh-Woods uses Kikori to uplift other members of the Asian-American community. In May, AAPI Month, Kikori launched its Discover AAPI Artists initiative to promote the work of three Asian American artists – comedian Atsuko Okatsuka, singer/songwriter SASAMI and illustrator Carolyn Suzuki – and made donation of US$10,000 on behalf of each of the artists to the Asian Mental Health Collective for a total donation of US$30,000.

“I’ve admired so many Asian American artists, especially those in fields where Asians aren’t usually seen as involved,” says Soh-Woods. “It’s so important to de-stigmatize mental health in our community and I’m grateful to be able to support this organization.”

In Japan, where Kikori is produced, virtually all whiskey ingredients are locally sourced. The water comes from the mountains of the island of Kyushu, where Kikori is based, and the rice is grown locally. Kikori’s shipping labels and packaging are also produced locally.

Currently, Soh-Woods is focused on launching Kikori across the United States. She says, “We know that this type of alcohol can be enjoyed around the world and we can’t wait to roll it out globally. »