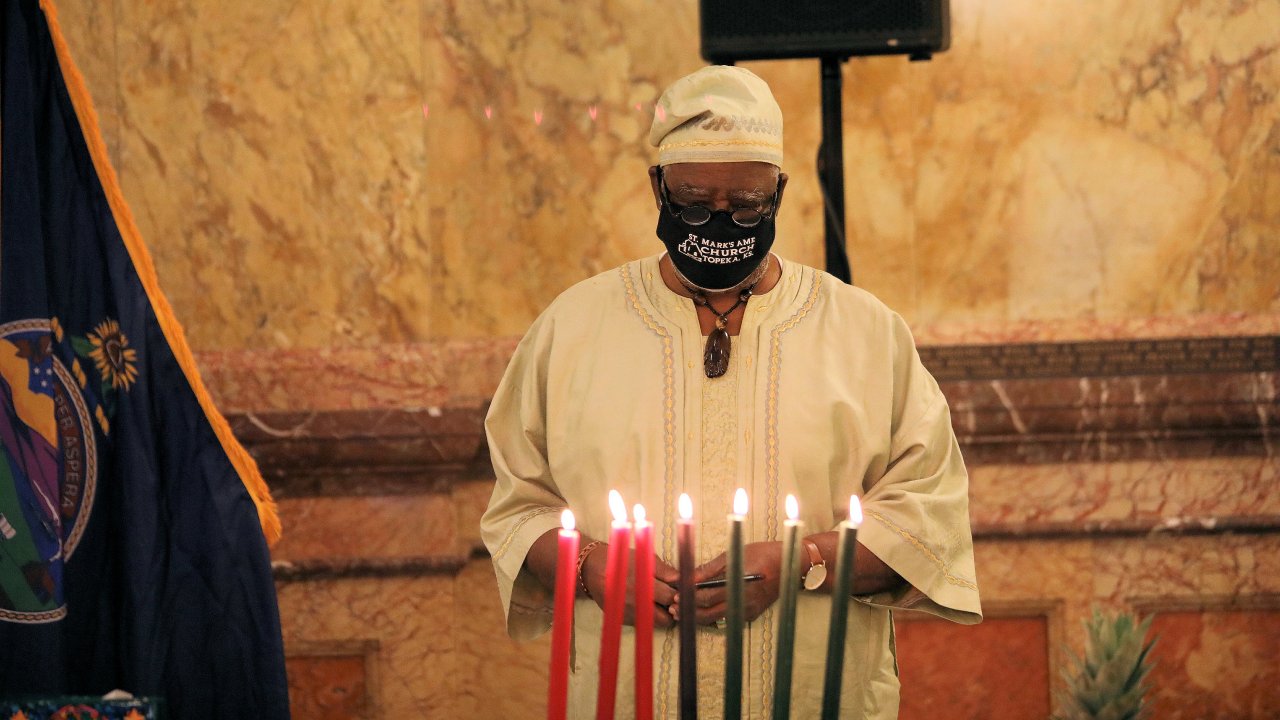 Time capsule from 1887 discovered inside the Robert E. Lee monument

Reverend Shirley D. Heermance of AME St. Mark’s Church delivered the opening prayer and was the master of ceremonies for the afternoon event.

Governor Laura Kelly was the guest of honor and helped light the Kinara. The Kinara has seven candles, three red on the left, three green on the right, and a single black candle in the center. The seven candles represent the seven principles of Kwanzaa. Red, green and black are the symbolic colors of the holiday.

Stacey Knoell, Executive Director of the Kansas African American Affairs Commission, addressed the audience and gave a brief history of the Kwanzaa celebration.

Kwanzaa is an annual celebration of African American culture from December 26 to January 1, culminating in a community holiday called karamu. Kwanzaa was created by professor and activist Maulana Karenga in 1966. The celebration is based on African traditions of the harvest festival from various parts of Africa and was first celebrated in 1966.

During Kwanzaa week, a new candle is lit on the kinara every day. The central black candle is lit first, and ignition is then done from left to right, the new candle being lit corresponding to the principle of that day. Thus, each day of Kwanzaa is dedicated to the contemplation of one of the Seven Principles.

Each of the candles also has a meaning. The black symbolizes the African people, the red their struggle and the green the future and the hope that flow from their struggle.