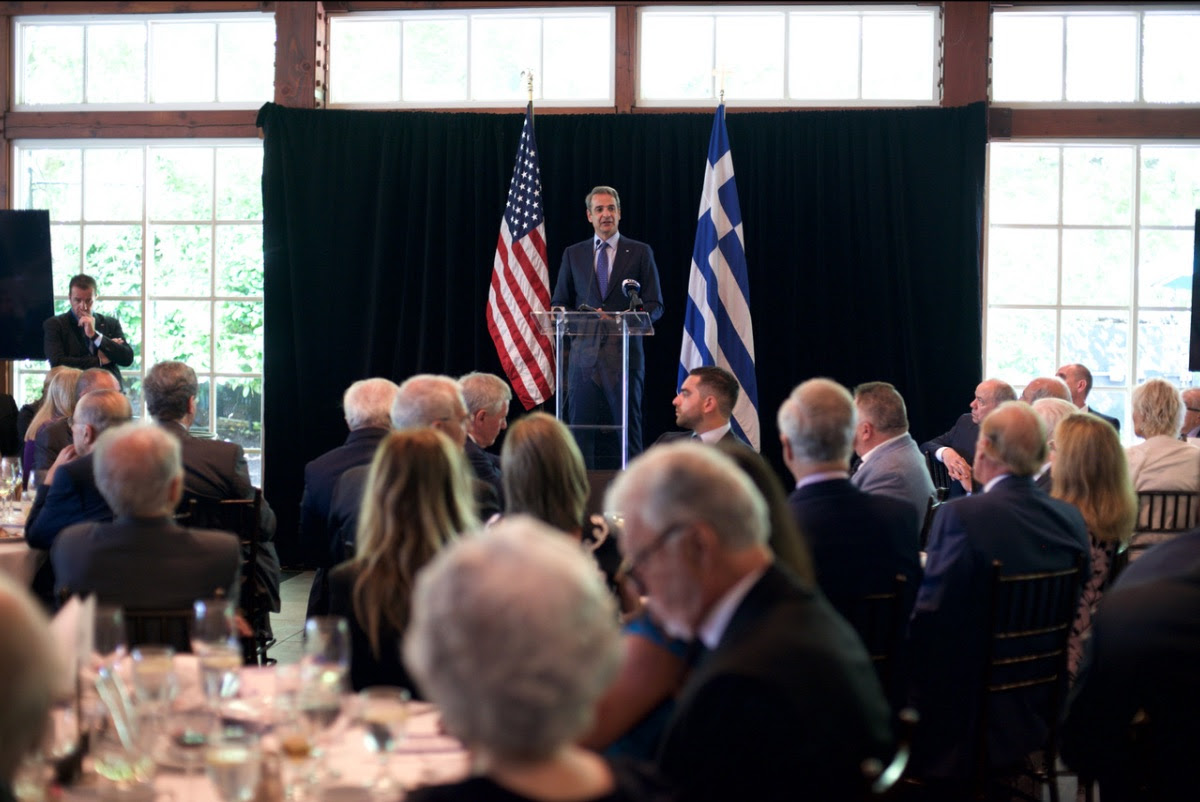 NEW YORK CITY, September 21, 2022 – Leaders of the Greek-American national community paid tribute to the Prime Minister of the Hellenic Republic Kyriakos Mitsotakis aand his wife Mareva Grabowski Mitsotaki during a lunch at the Loeb Boathouse in Central Park on September 21. Mitsotakis was in New York for the annual meeting of the United Nations General Assembly.

To see the video of the Prime Minister’s remarks, filmed and produced by Dimitri Panagos, click here.

George Marcus, philanthropist and president of Marcus & Millichap, came from Palo Alto, California to introduce the Prime Minister. The Greek Orthodox Archbishop of America, His Eminence Archbishop Elpidophoros, gave the opening address and the invocation and blessing. Mike Manatos, executive director of the Washington Oxi Day Foundation, was the emcee.

Other guests of honor present include: the Minister of Foreign Affairs of Cyprus Ioannis Kasoulides; CEO of the American Jewish Committee David Harris, numerous ambassadors and other diplomats from Greece and Cyprus, as well as many of the most accomplished members of the Greek-American national community. Minister of Foreign Affairs of Greece Nikos Dendiaswho was supposed to attend, was pushed aside at the last moment to attend another important meeting on the sidelines of the UNGA.