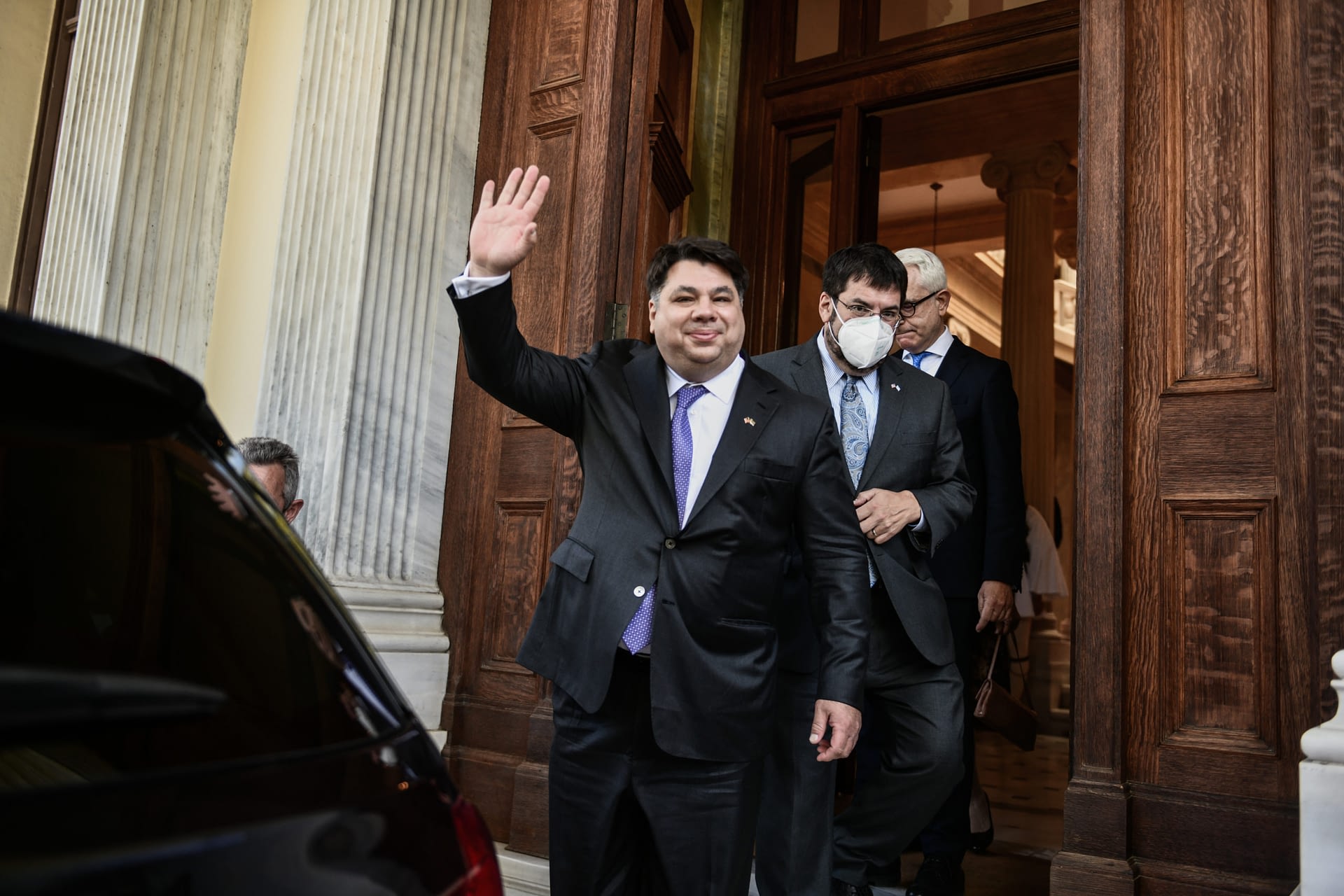 These days, something unprecedented is happening, something historic in the long history of our community: a Greek child is moving into the US Embassy in Athens.

He is not a son of the Community without knowledge and awareness of his origin and his history.

He is someone who, as he said at the event where he was honored by fellow Platani Nafpaktia, “It is an honor for me to be the Ambassador of the United States in Greece. But I will always be a son of Platanos.

And what did this child, the new American ambassador to Greece, do when he arrived in Athens? He went for a walk in Plaka with his beloved mother Eleni. To enjoy the city, relive memories of their previous family visits.

And there, by chance, they met a compatriot of Platanos! Pericles – whom they hugged and took pictures with. And George Tsunis posted this photo on Twitter.

Of course, George Tsunis is the US Ambassador to Greece, and as such he will support and promote US interests.

The Greek community in America, and the Hellenes abroad in general, have reached the level of maturity. In other words, they have established strong roots in the countries where they live, they are able to stand effectively alongside Greece, when the homeland is led by a responsible leader. As it is today.