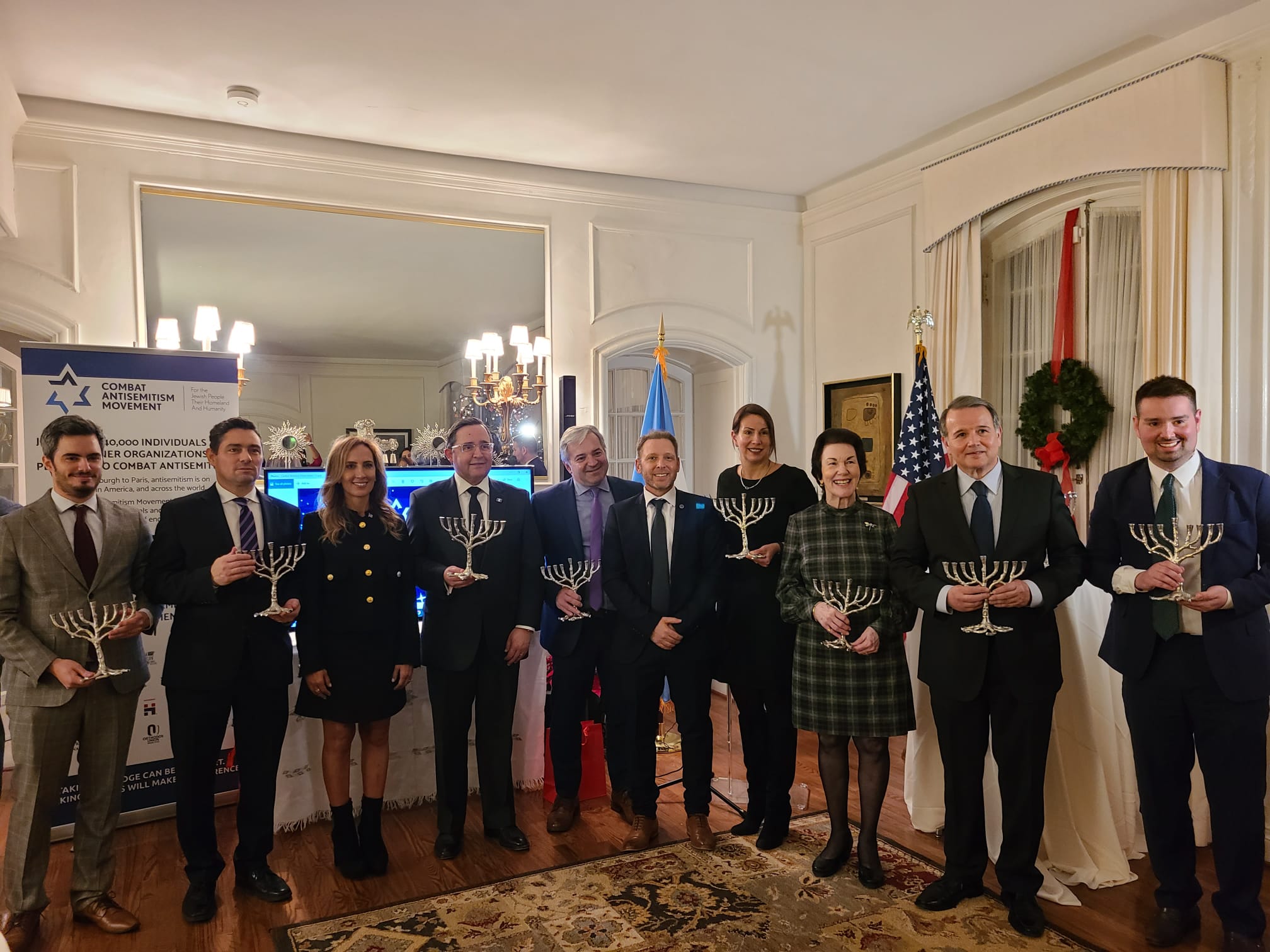 (December 2, 2021 / JNS) The first Hanukkah party organized by a Latin American embassy in America took place this week at the residence of the Ambassador of Guatemala to the United States, HE Alfonso Quiñónez.

The celebration was organized by the Movement Against Antisemitism (CAM) and the Central American Forum for Israel. Ambassadors and high-level diplomats attended the event, including those from Argentina, Brazil, the Dominican Republic, Panama, Paraguay, Uruguay, Venezuela and Israel.

The rally coincided with the 74th anniversary of the historic vote November 29, 1947, on the UN partition plan which called for the creation of two separate states in Palestine under British mandate: one Jewish and one Arab.

During the Hanukkah event, Deputy Chief of Israel’s Mission to the United States, Benjamin Krasna, spoke about the many Latin American countries that supported the partition plan two years after the end of World War II world.

“There are times when diplomats have to make the right decision to support Israel, even if it’s not diplomatic,” he said. “The story of Israel is the story of the Maccabees, a miracle that brought light to the world and continues to shine with the support of friends like Guatemala who don’t look for reasons not to do the right things. They shine as an example for others by recognizing Jerusalem as the one and only capital of Israel.

Quiñónez spoke about Guatemala’s longstanding relationship with Israel, including being one of the first nations to recognize the State of Israel and move its embassy to Jerusalem.

All the ambassadors present received menorahs from the CAM, as well as thanks for their support for Israel and the fight against anti-Semitism.

Remarks by Ambassador Pyatt to AHI: “The Role of the Greek-American Community in Advancing American-Greek Relations”