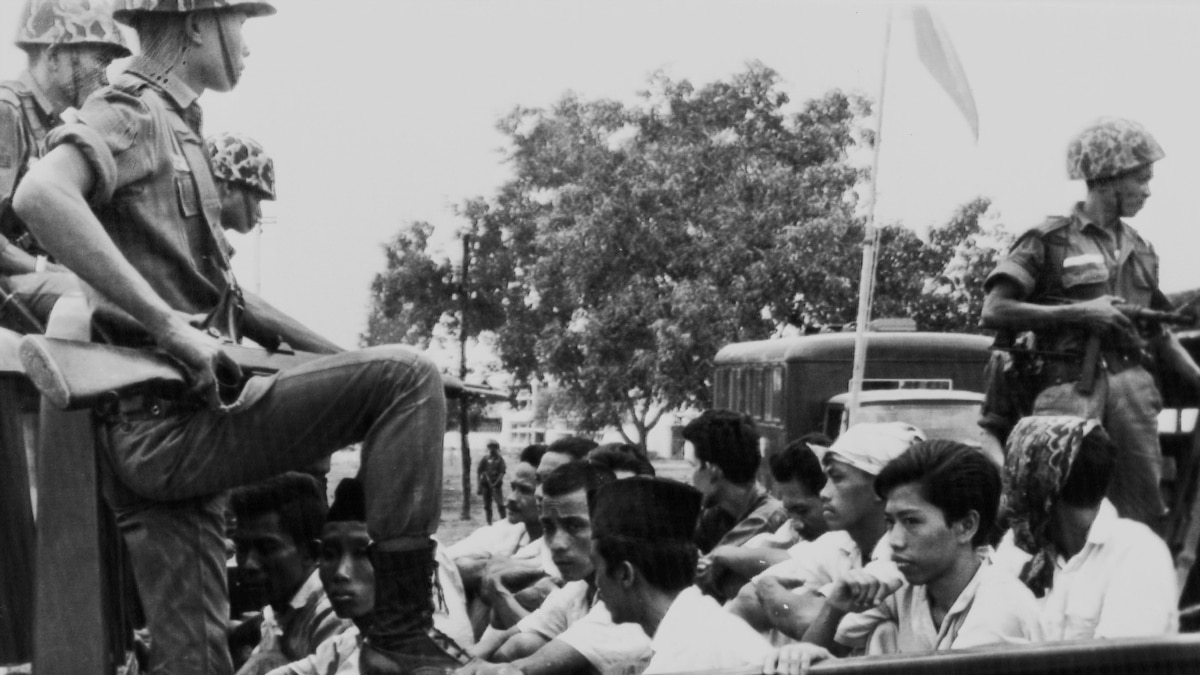 How the United States declassified 30,000 pages of U.S. Embassy files in Indonesia

Tuesday, nearly 30,000 pages of declassified records of the U.S. Embassy in Jakarta between 1964 and 1968 were published as part of a collaboration between the National Declassification Center (an agency of the National Archives) and the nonprofit National Security Archive located in ‘George Washington University. The period includes the massacre by the Indonesian military of 500,000 to 1 million suspected Communists in 1965-66, whom the United States materially supported at the time.

It is the largest and most important publication of the National Declassification Center, which was established by a 2009 executive order from then-President Barack Obama to improve transparency. The files provide more details of how the U.S. Embassy tracked the massacres and hoped to undermine the labor movements, as the country transitioned to Suharto’s military dictatorship.

“The National Declassification Center has responded to our criticisms and those of other researchers for several years… that the Center should not only work on the fruit at hand, the classified ‘administrivia’, but take into account the ‘public interest and scientific interest, and setting priorities with input from the public,’ said Tom Blanton, director of the nonprofit National Security Archive. “My initial impression was that the NDC avoided the highest level and most highly classified cases,” he said. “Many academics had called for the Indonesian embassy files from the 1960s to be declassified, due to the mass killings and historic turning points that took place at the time.”

“This is the first time that the National Declassification Center has pursued a project because of the public interest,” said Bradley Simpson, a professor at the University of Connecticut who founded the Indonesia / East Timor Documentation Project. He said that two high-impact documentaries from Joshua Oppenheimer on the massacres, a subsequent resolution by Oppenheimer Senator Tom Udall (D-NM) to President Obama, and a formal request from the Indonesian Human Rights Commission to the US government were all factors in their release.

Simpson led a team of seven volunteers who helped digitize and digitize the documents, which will be published online in a searchable database. It was a labor of love, but well worth it given the nature of modern research, said Simpson, who founded the Documentation Project in 2002. The government is only required to turn over the files. physics that are marked for declassification, which is unwieldy for later researchers. interested in the material.

“This is a good plan for how the National Archives can make formerly classified documents available to the public for posterity,” he said.

It’s hard to overstate the impact of the documentaries The Act of Killing and The Look of Silence, which respectively deal with the perpetrators and victims of the 1965-66 murders, on resuming the conversation about the mid-century anti-Communist purge. in Indonesia. For a long time, the problem has been verboten, even though so many families have been personally affected by it.

Barack Obama, who moved to Jakarta as a child in 1967, later recalled in his memoirs how news of the very recent murders had reached his mother only in the form of “innuendos, half whispered. “.

“I am particularly grateful to Joshua Oppenheimer for his work in bringing this moral outrage to the public,” Senator Udall said in a statement on Tuesday.

“Today represents real progress,” said Udall. “But in Indonesia, many of the perpetrators of these killings continue to live with impunity, and the victims and their descendants continue to be marginalized and unrecognized … Here in the United States, we must encourage further democratic progress. a vital ally, and we must face our own role in these terrible acts.

Publication of files on US involvement in Indonesia began in 2000, when the US State Department published US Foreign Relations, 1964-1968.

The main question that remains, even after this new emptying of embassy files, concerns the nature and extent of US support to the Indonesian military during the killings.

We already know that the CIA provided radios for the army to coordinate murders across the archipelago, and “murder lists” of individuals affiliated with the Communist Party. The full story would require further declassification of the CIA files and period defense attachés, Simpson said. “But the raw material for intelligence gathering is one of the US government’s best-kept secrets. There can be no assurance that these documents will ever see the light of day. “

There is a precedent for the US government to use declassified files as a diplomatic tool: in 2015, Secretary of State John Kerry hard drives delivered CIA archives on Chilean General Augusto Pinochet and Argentina’s “dirty war” of military repression against the governments of these countries.

“So it could happen with Indonesia as well,” Simpson said. “But that’s unlikely at the moment. I don’t think the Trump administration is interested in issues of human rights or historical accountability, relating to Indonesia or whatever.

Should President Trump close the US Embassy in Cuba?

Inside the new £ 750million US Embassy in London