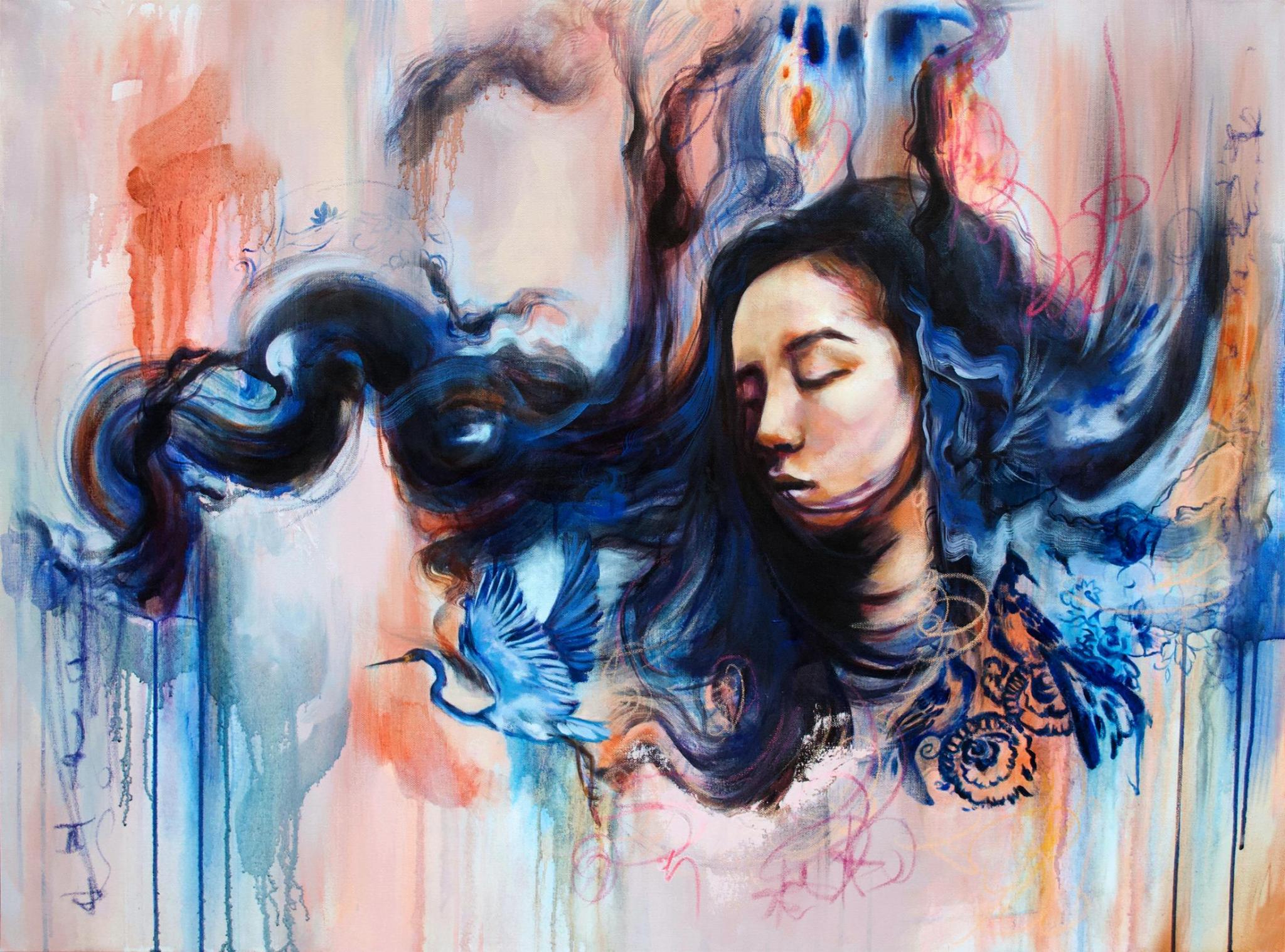 Since the start of the pandemic, nearly 3,800 hate incidents against Asian Americans and Pacific Islanders (AAPIs) have been reported nationwide, according to recent findings from the reporting center. Stop AAPI Hate, which was established in March 2020. Of the attacks in the past year, 51 were reported in Maryland.

As frustrations continue to mount in the wake of the mass shooting in Atlanta earlier this week – when a white man opened fire at three massage parlors, killing six Asian women – many are looking for ways to show their support to AAPI neighbors in their own communities.

Here in Baltimore, there are many ways to take a stand against anti-Asian attacks and strengthen those in our own neighborhoods. Many AAPI leaders have spoken out on alliance initiatives such as registering for spectator intervention training and volunteering to accompany elderly citizens to and from their homes. The local landscape also offers many opportunities to deepen your knowledge of Asian-American history and to support the immense contributions of the AAPI community, whether by attending discussions led by local leaders or sponsoring exhibitions in the area. art and restaurants. While the alliance is a lifelong commitment, here are some ways to get involved right now:

From Baltimore to Atlanta: a community watch: To provide a space for community healing in the aftermath of the horrific attacks in Atlanta, the Baltimore Asian Resistance in Solidarity, the Chinatown Collective, and the Baltimore Harm Reduction Coalition hosted a community vigil at the YNot Lot in Station North on Monday, March 22 starting at 5 p.m. -6:30 p.m. The gathering will include a meditative offering, as well as an open microphone. Participants are encouraged to wear face coverings, maintain social distancing, and bring flowers and artwork to add to a community altar.

“Shameless Asian” with Cori Dioquino: Pasifika Asian Arts Collective founder and co-executive director Cori Dioquino is hosting a webinar with the Johns Hopkins University Center for Social Concern on Wednesday March 24 from 6:30 p.m. to 8 p.m. in line and tune in to hear Dioquino talk about the rise in anti-Asian violence across the country over the past year and the revolution it has sparked. Additionally, she will talk about Asian-American identity and the things that make our local AAPI community so strong and beautiful.

APAC Virtual Art Gallery: Speaking of the Asian Pasifika Arts Collective, their Lunar New Year Virtual Art Gallery is a great opportunity to explore videos, digital art, paintings, and collages by AAPI artists including Catrece Ann Tipon and Ken Tsui from APAC. All of the works in the showcase are intended to address the general themes of “Crossing Borders” and “New Beginnings”.

“These artists have given the audience a platform to understand this community and really talk more about it, about the issues that are happening and about the violence, just a wider and more in-depth discussion of it all,” Tipon told us recently. “As artists, we donate this art, but we do it for a bigger purpose. We don’t do it just to show off. We do it to show who we are, our community behind and everything in between. And we always hope people will understand this and try to learn more. »Find out more about the gallery here.

Man of god at the Strand Theater Company: Hamilton’s own Strand Theater Company, which is dedicated to ‘amplifying women’s voices on and off stage’, has teamed up with APAC to present their latest production, Man of God. From March 26 to April 11, the funny, feminist thriller, written by Anna Moench and directed by Elizabeth Ung, tells the story of a group of young Korean Christian girls who react after discovering that their pastor has hidden a camera in the room. bathroom in their hotel. Tickets for the streaming performances can be purchased in line.

Towson University Asian Arts and Culture Center: For years, the Center for Asian Arts and Culture at Towson University has maintained its mission of using artistic experiences related to Asia as a means of initiating dialogue within the local community. This is exactly what the organization will do when it launches its North Asia celebration next month. Starting April 10, the virtual event – a joint effort with the Central Baltimore Partnership – will amplify the art, culture, Korean history and heritage of the Charles North community of Baltimore. Until May 15, tune in as regional AAPI artists present everything from virtual exhibitions and art workshops to cooking performances and demonstrations. If you want to support the center in the meantime, buy a Korean “Wishes in the Wind” kite kit for a suggested donation of $ 20.

Asian art in local museums: To learn more about the history of Asian cultures, browse the Walters Art Museum online collections to explore Chinese art spanning nearly five millennia, ancient artifacts from the Near East, historical Korean prints and a fascinating array of Japanese military artifacts. The BMA also houses a collection of over 1,000 objects from China, Japan, India, Tibet, Southeast Asia and the Near East. Although its two galleries are currently closed due to renovations, you can learn about some of the ceramics, furniture, paintings and other artifacts, some of which date back to the 2nd century, by checking the museum’s website.

Another real way to do your part is to frequent local restaurants owned by AAPI. (The upsurge in attacks hit near your home earlier this week, when Canton’s NiHao Baltimore was the victim of a burglary and theft early Monday morning.) While it’s important to frequent these places anywhere What a day, here are a few of the many to get acquainted with if you’re looking for a way to show your support right now:

Browse menus at fan favorite restaurants Waffie, Dooby’s, Ekiben, Jong Kak, Zen West, The local fries, and The crown, as well as beginners Toki Tako, the charming elephant, and Mona’s Super Noodles. Traditional Chinese cuisine can be enjoyed in places like NiHao, Giant seafood, The Taste of Hunan by Sonny Lee, Asian bistro with red peppers, and Joey chiu. If you are a sushi fan, try places such as 18-8, Nanami Coffee, Sushi Shoyou, Sushi Ya, Yama Sushi, Sushi Sono, Where Sushi king. There are also many restaurants to indulge in Thai cuisine (thai street, Bodhi corner, and Spices & Dices are among the favorites) as well as Korean dishes (Honey pig and Korean barbecue Koba) and Philippine tariff (Heritage cuisine.) For more suggestions, see this listing.

If you are able to give, donations of money, big or small, go a long way in raising awareness and pushing for policies to deal with hate incidents. Among the many local organizations to support is the Asian and Pacific American Women’s National Forum, whose Washington, DC chapter works with members of the DMV to build collective power with the women and girls of AAPI.

People at Frederick Asian American Center, which provides services ranging from maternal and child health programs to ESL classes and volunteer programs for seniors in the AAPI community, accepts both monetary donations and requests for volunteers who can help the center with childbirth, financial and small business assistance, translation services and food drops. Sign up to help, here.

Closer to home, APAC is considering an AAPI art competition in the hope that it empowers the artists, in particular the young people of the AAPI, “who are always trying to find their place between the worlds”. Scheduled to launch in May, in conjunction with APA Heritage Month, the competition aims to provide cash prizes and career opportunities to the winners. In order to achieve this, the organizers invite interested sponsors to get in touch with donations to fund marketing, outreach, judges and the programming itself. Find more information, here.