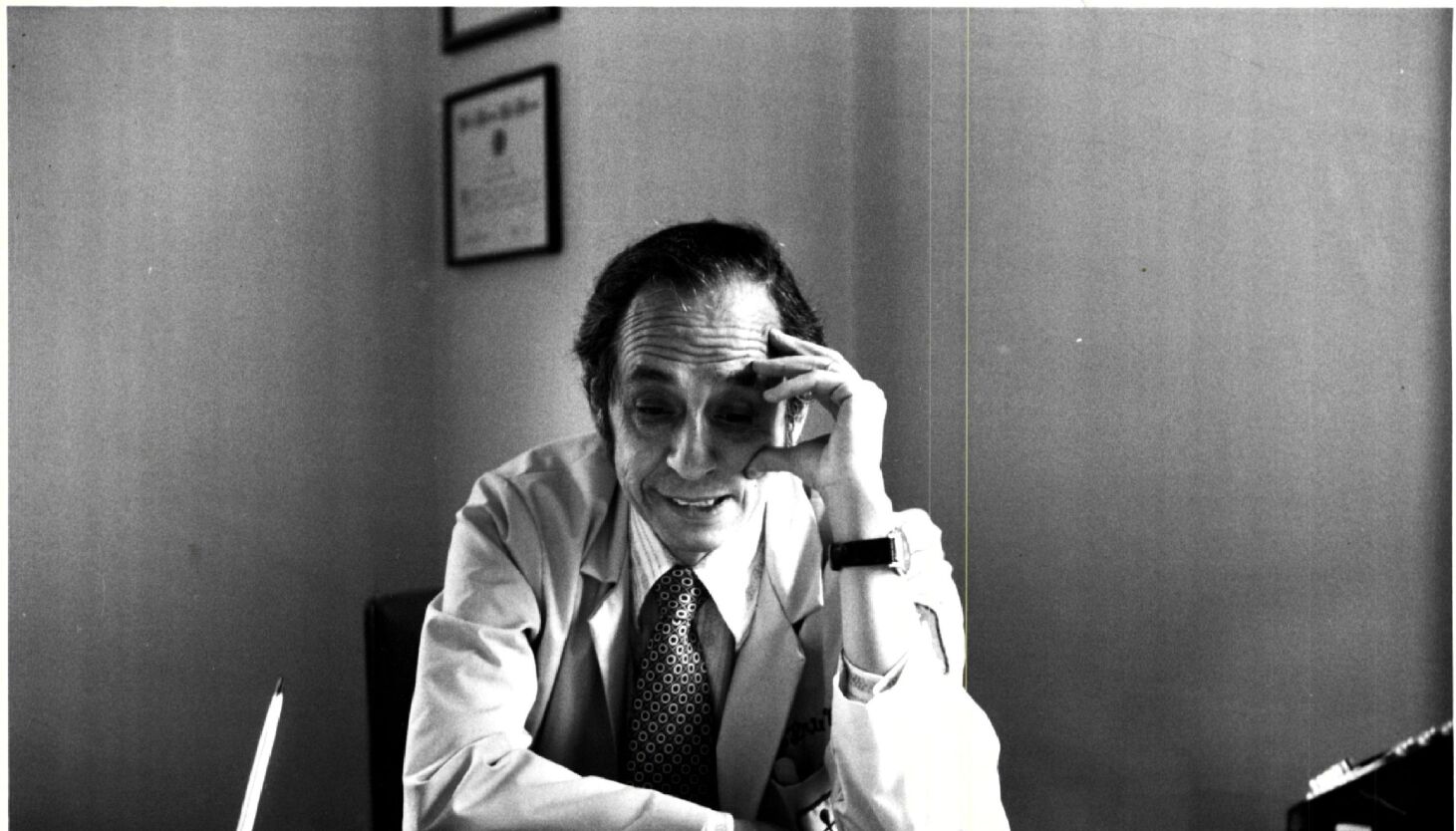 Navigating the US healthcare system can be complex and frustrating, but there are many other hurdles for those immigrating to this country or facing language barriers.

As a Mexican immigrant himself, Dr. Jorge Prieto understood these struggles first hand and he dedicated his medical career in Chicago to providing excellent health care to his patients and advocating for them as an administrator. from Cook County Hospital. The doctor, who died this week on August 21, 2001, changed the way Cook County provided immigrant health care and made it more accessible to all Chicagoans.

Born in Mexico City in 1918, Prieto began making house calls to Chicago’s immigrant communities in 1952, according to his 2001 Chicago Sun-Times obituary by Ana Mendieta. Two years later, he opened his own practice at 1230 S. Newberry, then a neighborhood clinic near Columbus Hospital, where he had been interned, in 1968. During his career, the doctor made thousands of home visits, making its very last in 1997.

But her care didn’t stop at Chicago’s city borders. In 1966, the Catholic Interracial Council of Chicago sent him to California to administer medical aid to striking California strikers.

“He will work with strikers at their clinic in Delano, Calif., after participating in the final stages of their current 300-mile march to the state capitol of Sacramento,” wrote the Chicago Daily News on April 6, 1966.

Two months later, the Daily News followed by recruiting two nurses to join it. Recruitment gave Prieto the opportunity to describe what he had seen in California, and he was “appalled by the conditions in which most [the strikers] Direct.” At the time, a clinic staffed by a nurse was caring for the health problems of hundreds of strikers.

Back in Chicago, Prieto continued to support labor actions. In 1975, Prieto, now chairman of the Cook County Hospital Family Services Department, risked his job to support striking interns and resident physicians at the hospital, the Daily News wrote on October 29. Dr. Quenten Young, head of the Department of Medicine, also joined.

“Both criticized the Cook County Health and Hospitals Management Commission, which operates the county hospital, for not including senior doctors in the negotiations,” the newspaper explained.

The strike began after interns and resident doctors raised concerns about “poor quality patient care” at the hospital and faulty equipment that led to the deaths of several patients, according to the newspaper. It started two days earlier and patients were told to travel to three other nearby hospitals on the West Side, according to the newspaper. At a press conference, Prieto told reporters that experienced doctors tried to avert the strike last summer.

“We told them (members of the management) that there would be a strike,” he said. “That we could see it coming. And they said no, it won’t happen.

The same year as the strike, Prieto also found time to open the South Lawndale Health Center, 2611 S. Lawndale, according to his 2001 obituary. In 1991, the clinic was renamed the Dr. Jorge Prieto Family Health Center in its honor.

In 1985, Mayor Harold Washington appointed him chairman of the Chicago Board of Health. He held the position until the mayor’s death in 1987.

Throughout his life, Prieto believed in “helping his patients, healing their pain, reaching their souls,” Mendieta wrote in his Sun-Times obituary. His career came full circle in 1997, long after his official retirement, when he made his last home visit. The patient had been the first he had ever seen in 1952.

“Dr. Prieto taught us that we would achieve our own happiness by serving others,” Andrea Munoz, executive director of the Dr. Jorge Prieto Family Health Center, told him, “and that’s what his life illustrated long before he is not politically correct.