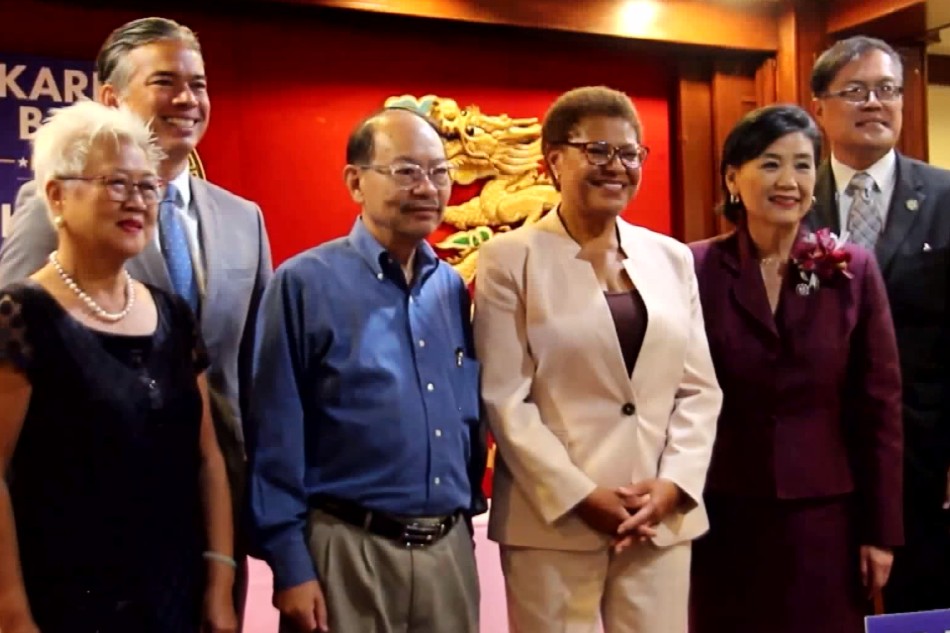 The race to become mayor of America’s second largest city continues, and this time it’s through Chinatown.

She spoke about her experience in Congress, fighting for issues such as immigration reform, and how she plans to continue that fight if elected mayor.

“My whole life has been about fighting for social and economic justice and I haven’t just been introduced to the Asian and Peace-loving community. I grew up in South LA and during my young years, south LA was an African American and Japanese community,” Bass noted.

“In the Filipino community with Rose [Ibañez] and Florante [Ibañez], we worked in the 1970s against the Marcos regime and what was happening to Filipino Americans with ties to the Philippines. What I mean here is that my life has been dedicated to the fight for justice; these are core values.”

Bass added that if elected, she will ensure Asian Americans have a place in her administration.

“My administration as mayor will continue with this set of values ​​and the diversity that reflects this city. People need to feel safe in this city. And when anti-Asian hate crimes were on the rise, I fought against it and I continue to fight against it.”

Among his supporters is the state’s Filipino U.S. Attorney General, Rob Bonta, who had served in the state assembly with Bass. He is also on the ballot in November for the post of attorney general.

“She knows the API community. She will be there with us through the issues we face, whether it’s hate crimes or hate-motivated incidents, access to affordable, high-quality healthcare. , housing, the homelessness crisis. And so many other issues, language access, culturally competent services. She knows representation is important,” Bonta said.

The Ibañezes, whom Bass has been friends with for more than 40 years, have been organizing and mobilizing Filipino support for the congresswoman in recent months. They are looking to ramp up activity over the next few weeks as mail-in ballots arrive next month.