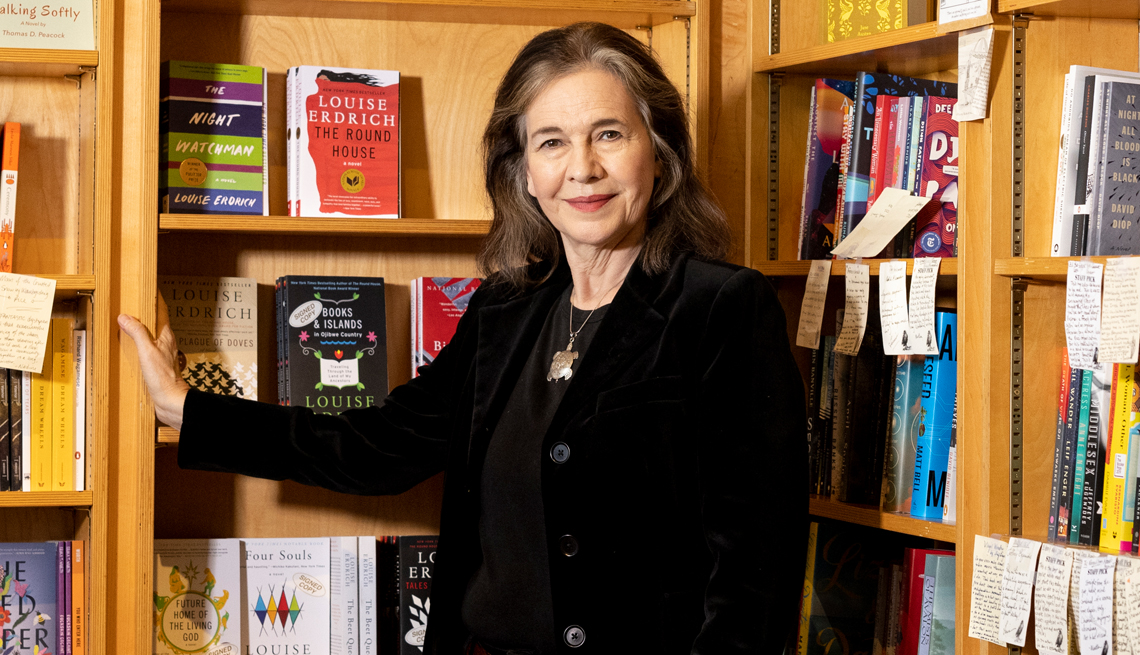 Louise Erdrich on her Native American culture and more

Expectations are still high with the arrival of a new novel by Louise Erdrich, 67, and for good reason: she is the beloved author of the superb winner of the National Book Award. The round house and last year’s Pulitzer Prize winner The night watchman, Among more than 20 other books. Many of them open a window into Native American life – something Erdrich, a member of the Turtle Mountain Band of Chippewa Indians, can do like few other writers of his literary stature.

His latest novel, The phrase, is released on November 9. It’s a topical story with a little more humor than his other books. Set in Minneapolis from Day of the Dead 2019 to Day of the Dead 2020, it stars Tookie, a Native American woman with a troubled past who works at a bookstore that primarily features Native American authors. Tookie is not anchored by the frequent and seriously frightening appearance of the ghost of Flora – a white woman and former client who had desperately wanted to be Native. Tookie struggles to figure out what Flora wants from her in the world as she grapples with the onset of the COVID-19 pandemic and her town in the uproar of George Floyd’s murder.

The story is not only unusually funny for an Erdrich novel, but also feels more personal than some of his other works. Erdrich, after all, owns an independent bookstore in Minneapolis, Birchbark Books, focused on Indigenous authors and crafts. But, she tells us, she is haunted by things other than ghosts.

The author spoke to AARP about how his childhood and his legacy influence his work and the impact of racism on society today.

When did you want to be a writer?

I was in Dartmouth. During my studies there, I began to realize that I could write. I wrote an incredible amount of nonsense over the years and years. Most of what I wrote was my consuming emotions. I was someone who lived at a very high emotional level.

Were you a drama queen?

A drama queen is outside. I was inside. I don’t think people knew I was very emotional. In fact, people thought I was stoned all the time in college. But I lived big in my introspective world.

Has your handwriting changed with age?

I am able to take a step back and assess what I am doing and where I am going. I have a patience that I didn’t have before. One thing about aging is that you have a greater ability to synthesize information. I can finish things now that I started 20 or even 30 years ago but couldn’t afford to finish them back then. For example, my last book, The night watchman [based on her grandfather’s battle to save his tribe from being terminated by the federal government]. I had all the information to write it down earlier, but I didn’t have the accumulated knowledge or the kind of humor my grandfather had until I was in my sixties.

What intrigues you about writing?

Clarity. I like when I can make sense of something that has happened. I also like the comedic aspects of our humanity. I love who we are when we are funny.

You said writing saved your life. What did you mean by that?

It still happens every time I start to write something. Halfway through my new book, The phrase, I thought, I don’t want anything to happen to me. Not because of how it would affect my kids, but because of the main character, Tookie. I wanted to know what she was going to say and how the story would end.