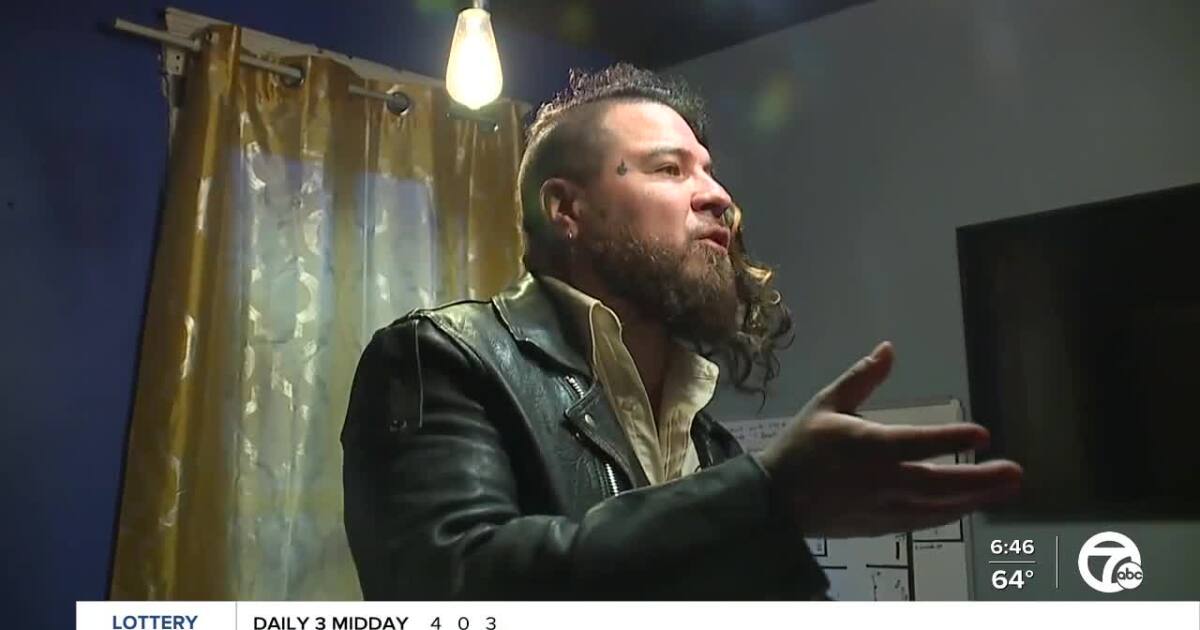 Hispanic Heritage Month continues in the Detroit subway and across the country, and this week we bring you the story of a Michigan poet who has gained international attention for his work.

Not only has Michael Reyes performed around the world, he’s the co-founder of We Are Culture Creators, an organization that mentors young artists and connects them to economic opportunity.

Reyes has the house of culture, where 200 young creatives use the space with access to a studio with video equipment and much more.

Reyes said this is where he produced some of his most powerful poems.

“Poetry has just become an outlet. It has become a tool for me to be able to communicate my thoughts and frustrations, especially around social justice issues, because often times that is not expressed,” Reyes said.

He wrote his first poem at age 15, and 20 years later he still has bars.

Reyes has spent years on the road, sometimes doing 125 shows a year. Now he lives and works in a funky blue house in southwest Detroit.

He mentors young artists and provides them with the tools they need to succeed.

“I have kids who have Grammy nominations who have all worked in one or two of my programs, and you know, that’s a big deal for me because the whole point of the program was to see them grow up,” he said. he declared.

At the end of the day, they just want people to think differently about themselves, their community, and how they fit into the world.

“The reason I’m proud to be Latinx is that I can help expand change and remix culture,” he said.

On October 30, Culture Creators is hosting Noche de Katrinas, their annual fundraiser, and Reyes will be performing live. You can find out more on their website at https://www.weareculturecreators.com/home