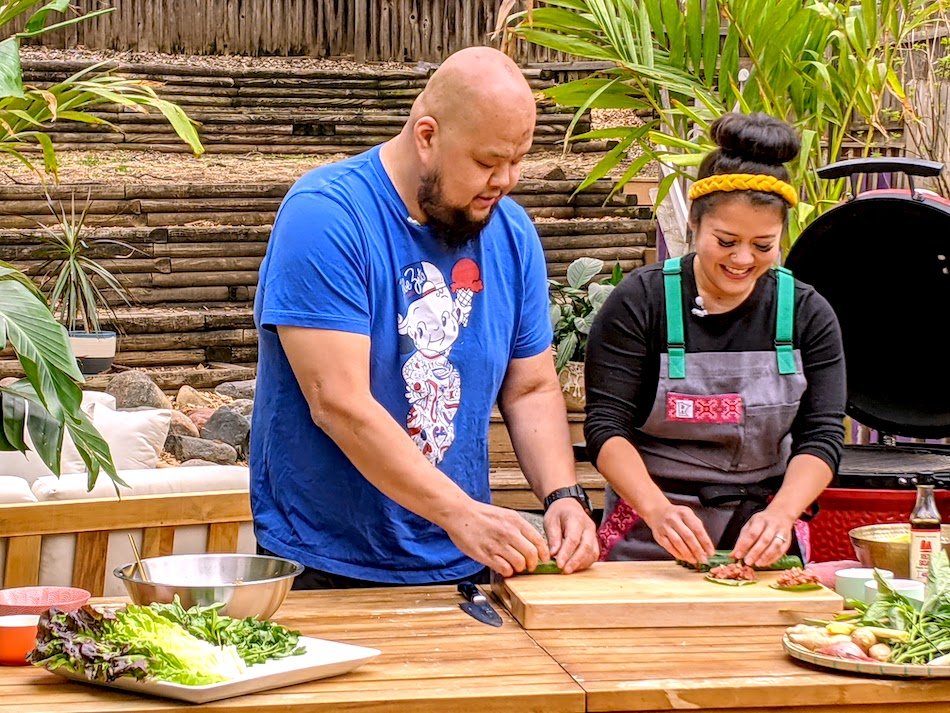 Minnesota Rice: Defender of the Asian American Community that Feeds Us

At a backyard cocktail party years ago, a Korean American friend brought a platter of bulgogi lettuce wraps for the potluck, and I was happily pushing as many spicy little beef bombs into my mouth as possible. Another guest at the party, a random guy I didn’t know, walked over and put some on his plate next to the scoop of potato salad, looked at me and got me. says, “Do you like dog rolls?” puppy here earlier. “

Shocked with a mouth full of food, I just watched him as he laughed at his own joke and walked away. I thought: what a top notch A hole. And then I sat there running what I could’ve said, what I should’ve said over and over in my head. I thought he would never have said that if the maker of the bulgogi had stood there, as if somehow it made him easier to take. But maybe he would, he clearly felt his joke was a good one. The party continued. And finally, I hadn’t said anything. I hadn’t done anything. I wonder how many of you relate to this scenario.

As hatred directed at Asian Americans has grown over the past year or so, I have come to understand from the stories of my friends that people tell them this kind of nonsense all the time. . Many of them, like Ann Kim, said they were taught early on to ignore it, just take it in and let it go.

I think it’s pretty clear that the time for head-down silence is over. For them. To me. For all of us.

Minnesota Rice is a coalition of Asian Americans from our Twin Cities food industry who came together to speak through food. Christina Nguyen from Hai Hai and Hola Arepa, and Yia Vang from Union Hmong Kitchen and the future Vinai are leading this project with the aim of cooking, speaking and teaching. They are filming a collection of food and drink courses that you can buy tickets to access, and 100% of the funds will go to CAAL, Coalition of Asian American Leaders, a social justice network supporting the community.

“We were all really sad after the six Asian women were murdered in Atlanta,” Nguyen told me as they worked on filming a class at her house this weekend. “We thought we were just going to get together and heal a bit by spending time cooking together. But then I thought we could record everyone cooking their meal, as an educational thing, and the use to raise funds for CAAL who are the real boots on the ground, influencing policy and creating change. ”

“When all of this happened in Atlanta, and the attacks on the elderly that followed, I don’t know, I felt like a lot of people didn’t care or it just didn’t seem like a big deal to them. problem.. I think it opened our eyes and hurt us a bit. It just seemed like people maybe thought that racism against Asians wasn’t really real, and it is. We wanted to So talk about it, draw attention to it, and start having this conversation too. “

Nguyen knows that as a public figure she has a platform and feels obligated to use it for more than pretty food photos. “We really need to take this message beyond our little island circles. If we just had a barbecue and hang out together it would be so much fun, but it’s always going to be about internalizing it and keeping it. among our communities, that’s what we’ve always done. Let’s make this conversation a bigger conversation and make people think twice because I think a lot of people are like, oh I’m not racist because I love ramen. And sure, but do you really care about the Minnesotans behind those ramen? ”

Vang and Nguyen were filming on his patio with a video crew supported by Craftmade Aprons, who wanted to be somehow involved in this project. Nguyen made a lettuce wrap dish with grilled beef in betel leaves, while Vang was his sidekick. Then they would film Vang grilling a red snapper while Nguyen in turn co-hosted. Over the next few days Ann Kim will be making Mung Bean Kimchi Pancakes, Zenbox’s John Ng and Lina Goh will be making Chinese clay pot rice with chicken and sausage, Brother Justus’ Jonathan Janssen will be making ginger soybeans. Old Fashioned, while Ann Ahmed from Lat14 will cook tapioca pearls and Dustin Nguyen from Tres Leches will prepare a basil seed drink.

All of these videos, the recipes and, more importantly, the conversations we had while filming exist as a way to go from simply consuming the tasty bits of a culture to understanding and supporting the people behind the sauce. “I think if there is one thing that I hope people could take away from this, it would be to see that people are more than the food they cook,” Vang told me. “Because if you sit down to eat and really listen, and maybe learn something, I think empathy starts there. When people ask us what they can do to help, it’s this: s ‘sit down and listen. Start from there and you hear these stories and see these little details of these dishes that we love, it means so much to us, and then maybe we’ll have a base from which we can go. . I think that’s how both parties can start having a conversation. “

I’m sure, like many of you foodies, I’ve always believed that people who love Asian food also appreciate the people and cultures that make it possible. May ramen heads, bibimbap eaters, and dumpling fans who can skillfully wield chopsticks and dive deep into the beauty of crispy chili understand that no delight comes without the immigrants cooking it. And I still believe for the majority that it is true, but it is not enough. It’s not enough to make a list, go to restaurants and eat more.

We must act beyond consumption and appreciation and become better advocates for our fellow Minnesota people. We have to stand up to the backyard party in real time, in real life. We need to start and not be afraid of this conversation. For my part, I have finished being shocked and I have finished being silent.