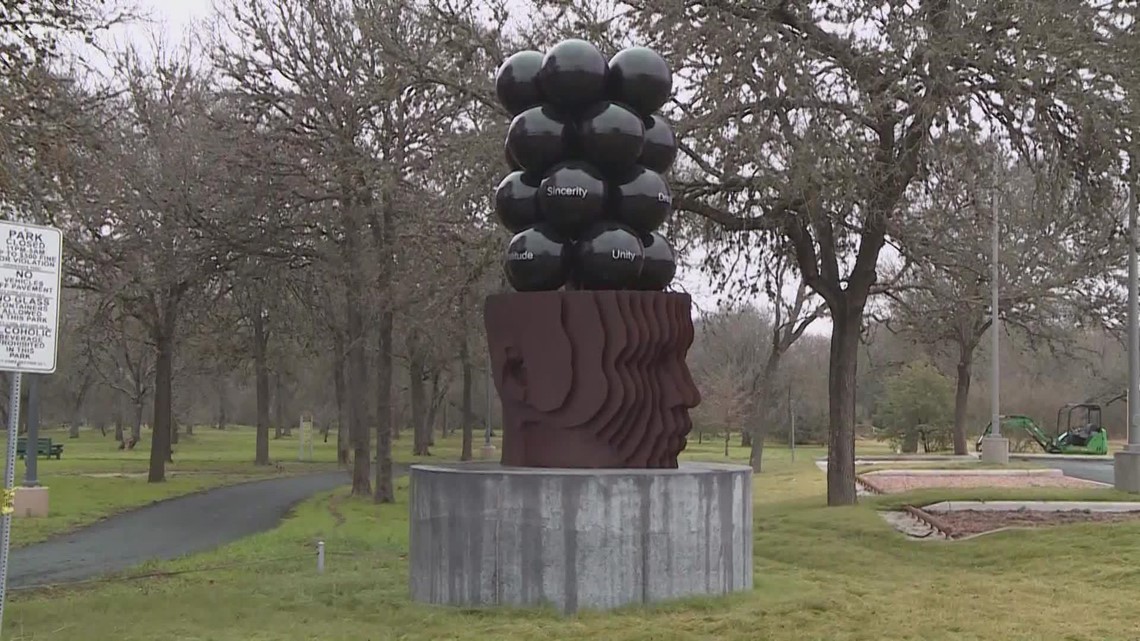 Spheres of Reflection is the name of the work, created by local artist Kaldric Dow. The 17-foot steel and concrete structure stands at the entrance to the park.

Spheres of Reflection is the name of the work, created by local artist Kaldric Dow. The 17-foot steel and concrete structure stands at the entrance to the park, located at 3503 Martin Luther King Drive.

Dow worked with the city to create the sculpture, which is his first piece of public art.

The lower part of the sculpture represents an ambiguous face, which means that it can represent a variety of people and leaves room for interpretation. The top half has reflective spheres to represent natural hair.

Some of the spheres contain words commonly used by Dr Martin Luther King, Jr. Dow said he hopes people will understand and see his work.

“The main thing I want them to do is come up to a sculpture and feel represented … right? And feel this piece here,” he said. at KENS 5. “It is my ultimate happiness as an artist, as a creator.”

Dow worked on art for about a year, he said. He had never created anything in three dimensions before – but he worked with the city as part of the Sketch to Sculpture program to work with manufacturers to bring his vision to life.

Dow, who was born in Houston but lives in San Antonio, studied at the University of Texas at San Antonio. He took informal classes in the studio, which helped him establish a solid drawing, perspective and understanding of art history, he said.

Dow’s work can be found in a myriad of public and private art collections across the United States, and has been seen in numerous exhibitions around the world.

A public inauguration ceremony is scheduled for Tuesday, January 11.