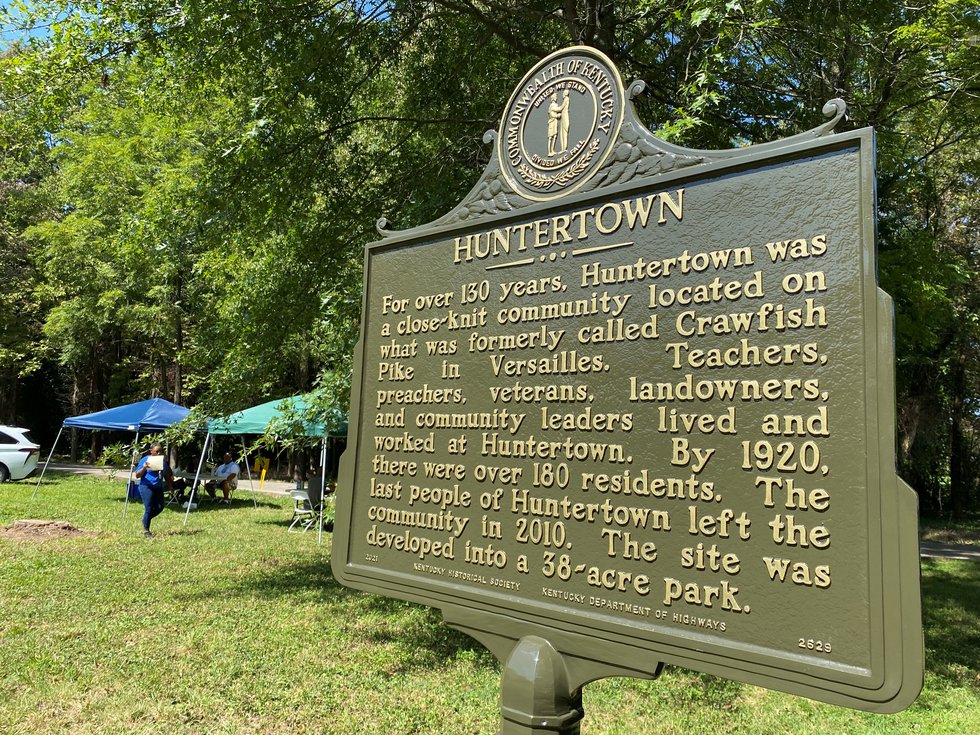 WOODFORD COUNTY, Ky. (WKYT) – Ten years after the last resident left a historic African American community in Woodford County, there is now a new birth and a new way to remember a rich history .

What happened to the hamlet of Huntertown in Woodford County, and how is it still living if it’s gone?

Located off US 60 and the Bluegrass Parkway, Huntertown was built after the Civil War in 1871.

This year, people are celebrating the 150th anniversary of the founding of the once thriving community, which numbered more than 180 people and 35 households.

So what happened? Sioux Finney, a former social studies professor at Woodford County High School has the answer.

“It continued to have flooding issues because it’s a wetland,” Finney said.

Finney says residents have had to deal with flooding for decades, but the problem would get worse when the Blue Grass Parkway was completed in the mid-1960s.

“Part of the road was raised and other things happened during construction which made the flooding worse,” Finney said.

On top of that, the Bluegrass Parkway ran through Huntertown, dividing the 50-acre community.

The county tried to get grants to fix it, but it failed. According to Finney, Woodford County officials decided to buy out the residents with another grant in 2003 and the families agreed.

However, Huntertown is now experiencing a new birth.

“It’s coming to life now and there are so many people who are excited about the possibilities,” Finney said.

In 2016, Finney and his 9th grade social studies class used Huntertown as a research project. After her retirement, she felt that something had to be done with this space, so Finney and a group of Woodford County residents came up with the idea of ​​turning it into an interpretive park.

Today it is a 1.5 mile walking trail with photos and information describing the residents who once lived in this area.

However, Leroy Simon, who owned horses and property, is skeptical about the longevity of the new parks.

“How are they going to make a park in the flood zone? Simon wondered.

A historical marker has been placed in Huntertown and park organizers will be putting up additional imagery and signage along the walking trail in the spring of 2022.