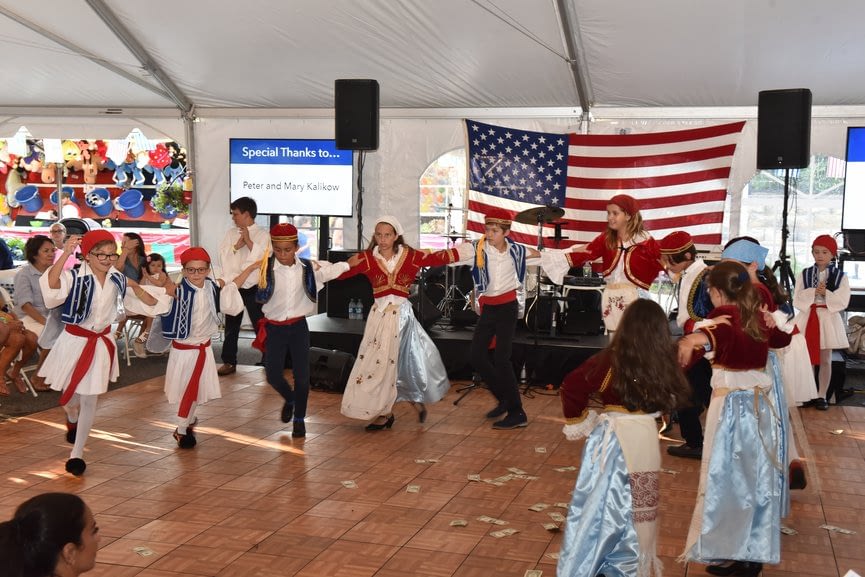 ONLINE – Health and Religion, a series of online courses organized by the Prolepsis Institute in collaboration with the Hellenic Society of Medical Students of Greece and under the auspices of the Athens Medical School, began on November 4 and will continue until June 30. are supervised and coordinated by Professor Emeritus of Surgery at the National and Kapodistrian University of Athens and Lecturer in Surgery at Harvard Medical School Dimitrios Linos. Professors of medicine and other schools and universities, including Harvard, Johns Hopkins, Yale, Duke, National and Kapodistrian University of Athens, as well as well-known Greek physicians, theologians and writers attend. Lectures include Religion, Spirituality and Health: Research and Clinical Applications with Harold Koening on May 5, The Orthodox Church for the Human Health with Metropolitan Hierotheos of Nafpaktos on May 12, and Buddhist Spirituality and Medicine with Robert Wall on May 19. , including the detailed program of presentations and speakers, is available online: www.healthandreligion.gr. All courses are also available on YouTube: https://bit.ly/3AZgQpL. The Church of Greece Radio Station and the National Herald are the course communication sponsors.

ASTORIA – The Hell Gate Film Society of the Greek Cultural Center (GCC) presents a series of films by Cypriot directors at the GCC, 26-80 30th Street in Astoria, from March 27 to May 11. The screenings are free to the public. The films will be in Greek with English subtitles. Schedule information is posted on the Hell Gate Society Facebook site, Instagram, and Greek Cultural Center website/Facebook. Additional information available by phone: 718-726-7329 and online: https://bit.ly/3iojVY8.

ASTORIA – The Greek Cultural Center, 26-80 30th Street in Astoria, presents the comedy “Who Discovered America?” April 1-17. The play, written by Chryssa Spilioti, directed by Larisa Antypa, and starring Antypa and Alexandra Skendrou, is in Greek with English surtitles. Liza and Kate are two girls who grow up together and try to discover their life and their dreams. Performances take place on Fridays and Saturdays at 8 p.m. and Sundays at 3 p.m. and 7 p.m. Tickets, $20, $15 for seniors, are available at the door and online: https://www.greekculturalcenter.org/. More information is available by email: [email protected] or by phone: 718-726-7329. Masks required by NYC protocol.

ONLINE – In celebration of National Poetry Month, the UCLA SNF Hellenic Center, in conjunction with the Embassy of Greece, presents Asia Minor in the Life and Work of George Seferis, a lecture via Zoom by Roderick Beaton , Emeritus Professor of Modern Greek and Byzantine History, Language and Literature at King’s College London, on Saturday, April 16 at 10 a.m. PT/1 p.m. ET. The event includes opening remarks from Greece’s Ambassador to the United States, Alexandra Papadopoulou, and an exclusive poetry reading by renowned Greek actor Stelios Mainas. Register online: https://bit.ly/3qXOzfz.

NEW YORK – Filiki Eteria, an original play by Ioli Andreadi and Aris Asproulis, directed by Andreadi, at the Tank Theater, 312 West 36th Street, 1st Floor, in Manhattan, from April 21-23. Andreadi and Asproulis co-wrote 13 theatrical texts, focused on adapting classics and dramatizing real events for the stage through primary source research. Performances will be in person at The Tank on Thursday, April 21, Friday, April 22, and Saturday, April 23 at 7 p.m. The play will be presented in Greek with English surtitles. Filiki Eteria was created for the Piraeus Group Cultural Foundation (PIOP) in honor of the bicentenary of the Greek Revolution and has already been presented in the summer of 2021 in the nine museums of the PIOP network, at the Historical Archives of PIOP, the Aeschylia Festival and the historic Skopeftirio in Kaissariani. Filiki Eteria mixes historical events with fiction, tracing the secret history of the artists and intellectuals who inspired the European revolutions of the 19th century, from their mad and passionate visions of national independence to their personal betrayals. The story follows members of the Filiki Eteria, the Greek secret society formed to help Greece overthrow its Ottoman occupiers and become an independent state. More information available online: https://thetanknyc.org/filiki-eteria.

Biden administration is delivering on its promise to the Indian-American community, says the Democratic National Committee