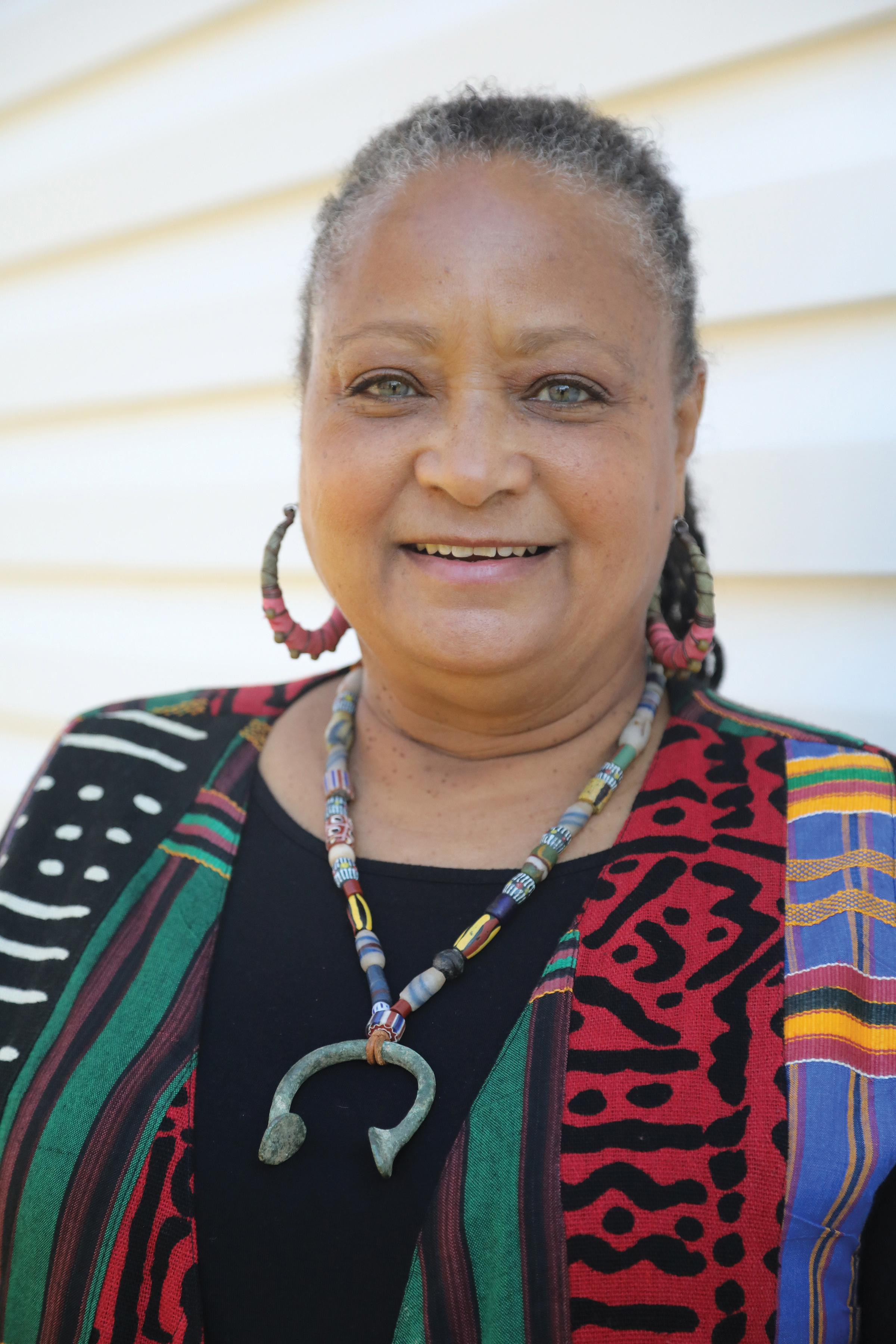 If art tells a story, then Martha Jones-Carter has helped weave a multitude of personal and community narratives over the course of her life.

Ms. Jones-Carter is co-founder of the Kuumba Afrikan American Quilters Guild of Richmond, which was founded nearly ten years ago to promote appreciation and interest in traditional, contemporary and new art forms of quilting and other textile arts.

The group’s motto: “Connecting creative minds through the fabric”. As Ms. Jones-Carter puts it, the guild is “for anyone who enjoys quilting or wants to learn to quilt, share ideas, hands-on workshops, and come together with a collective of like-minded minds who are creative, inspiring and united “.

“I’m proud of what some of the quilters have achieved and where they started,” says Ms. Jones-Carter. “I think we have accomplished a lot.”

Ms Jones-Carter grew up in Washington Park on the North Side of Richmond and learned sewing and quilting from her mother and grandmother, but she really got more into quilting more ago. about 18 years old.

“When it comes to creating something, I can do just about anything.”

After taking a few quilting classes, Ms. Jones-Carter began teaching the techniques to others, including children, and joined quilting groups before eventually forming the Kuumba Quilters Guild with three like-minded women. .

As a co-founder, Ms. Jones-Carter contributes to the guild’s efforts to create a positive community spirit through personal creativity and expressive growth, encourage African-American artistic visions, and promote their work in quilting and quilting. textiles, and preserve the tradition, culture and history of quilting.

“We love to get together to have fun, socialize and eat good home cooked food, but most of all for the sake of creating with fabric,” Ms. Jones-Carter explains.

Currently, the guild has 18 members who are making their mark on the regional art scene. Their work has been featured in exhibitions around Richmond and Petersburg, and is also incorporated into a Legacy quilt hanging at the Hampton Roads Convention Center commemorating 400 years since the first Africans landed in America in what is now Fort Monroe in Hampton.

The guild also hosted a quilts exhibit at the Black History Museum and Cultural Center of Virginia in Jackson Ward with the theme “Stop the Pain,” based on the many social justice challenges and issues of 2020.

“Quilts today aren’t just for covering the bed,” says Jones-Carter. “It has become an art form.”

This part of the work of the Kuumba Afrikan American Quilters Guild is linked to the larger legacy of African American quilting, from the Africans who continued to weave and apply techniques when they were brought to America during the Passage of the Middle, to the use of quilts as a tool of communication between slaves and those seeking freedom along the Underground Railroad.

“To remember the techniques of our ancestors, we are passing on the history of quilting to preserve the art form and the importance of the African American quilt for future generations,” Ms. Jones-Carter said.

Meet an artist who mixes art, history and community and personality this week, Martha Jones-Carter:

Date and place of birth: January 24 in Richmond, with my identical twin, Marian Jones.

Where I live now: South side.

Family: 20-year-old husband Henry Carter. We don’t have children, but we both come from large families with lots of nieces and nephews.

Guild Objectives: Kuumba means “creativity” in Swahili. It is one of the seven principles of Kwanzaa. The guild’s goals are to create a positive community spirit through the process of personal creativity and expressive growth with the use of fabrics and mixed media art; encourage artistic visions and promote the work and achievements of African-American quilters and textile artists; and focus on preserving the tradition, culture and history of quilting while providing educational opportunities.

Quilting and COVID-19: We decided to create ‘Stop the Pain’ themed quilts that would represent the many challenges we faced in 2020 in the face of police brutality against African Americans, protests for racial justice and social change, and being uncomfortable with the leadership of our president at the time. We had an exhibit at the Black History Museum and Cultural Center of Virginia in Jackson Ward from October 1 to December 18, curated by Mary Lauderdale.

Intergenerational tradition and quilting: The guild ran programs during its exhibits that connected kids by hosting hands-on quilt-making activities that would teach them the history of African American quilt-making while creating a quilt block. The guild also made and donated seamless blankets to the Baptist Children’s Home in Petersburg; made and donated a quilt to the Virginia Breast Cancer Foundation of Hampton Roads for a silent auction, which raised $ 850 for the foundation; shoes cut and made for parts to be sent to Africa for assembly, which would generate paid jobs and income for independent entrepreneurs; and we made hundreds of face masks for VCU Health employees during the onset of the pandemic.

Quilting Learning Steps: The first step is to purchase the necessary materials, such as a sewing machine, thread, ruler, cutting mat, rotary knife, and fabric. Take a beginner’s quilting class to learn the basic techniques.

A perfect day: Relaxing with my husband, having a good meal, being on the computer and being in my creativity space.

What I am learning about myself during the pandemic: I look at life differently now because of COVID-19 by being patient, doing what will be healthy and safe for me, and taking it one day at a time and being happy where I am now.

Something I love to do that most people would never imagine: I like to collect antique furniture and glassware. I have a store in Cold Harbor Antiques selling my items. I like to repair and paint furniture and find the date of glassware.

My friends describe me as: A busy person who is talented, patient, friendly and caring and who can be difficult to reach by phone and can never be on time.

At the top of my “to-do” list: To complete some of the quilting projects that I have already started.

Best late night snack: Ice cream and all the other things I shouldn’t eat late at night.

The best thing my parents ever taught me: Respect people and love who I am. My father was self-employed and I learned from him how to be confident in myself to have my own business.

Person who influenced me the most: My twin sister Marian because we both have an interest in the same things. She is also a creative artist, making quilts and also owns an antique shop.

What I’m reading now: Quilting Art magazine for inspiration and to find out more about new quilting techniques I would like to try.

Next goal: To continue to gather in groups, to be creative, to boost morale, to do exhibitions, but above all to have fun quilting.