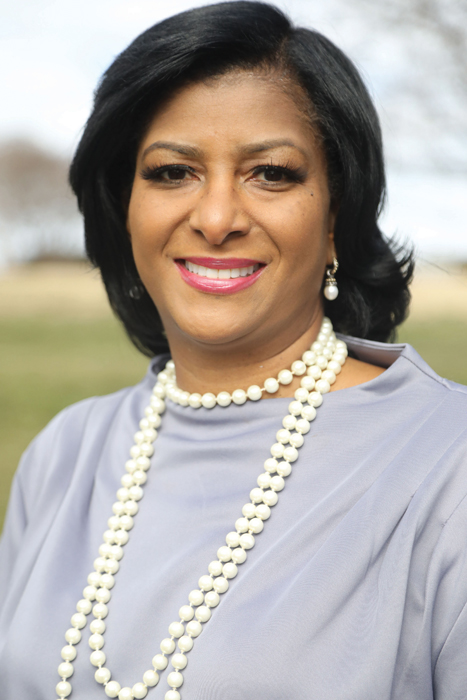 Amid a pandemic marked by death, large-scale action and change for African Americans, Michelle Evans-Oliver is working to ensure the stories of Black people in Richmond are preserved and promoted.

As founder and president of the Richmond, Virginia branch of the Association for the Study of African American Life and History, Ms. Evans-Oliver began this work when the group was formed in 2020.

“We want to tell our story about what’s really going on,” says Ms Evans-Oliver. “We don’t walk, we don’t walk, but we ensure that our information is communicated, documented and that we know exactly who we are and where we come from.”

Pursuing this mission carries a personal connection for Ms. Evans-Oliver. She is a descendant of Dr. Carter G. Woodson, a Buckingham County-born historian and author known as the “Father of Black History.” He created ASALH in 1915 with several co-founders and launched Black History Week in 1926, which was later recognized as Black History Month.

The ancestral connection led Ms Evans-Oliver to attend the ASALH National Convention in Richmond in 2016, where organizers sought to meet the descendants of Mr Woodson. There, Mrs. Evans-Oliver would not only gain a better understanding of ASALH, but also receive requests each year after the convention to open a branch in Richmond.

“Why not?” said Mrs. Evans-Oliver of her choice to start the group. “I know it’s a lot of work, but aren’t all organizations starting from scratch?”

The main objective of the organization for 2022 is to increase the number of its members. The process so far has been a mix of good and bad, with the pandemic limiting events to virtual talks and seminars and causing the branch’s initial registration to drop by 65 members.

However, the virtual events have allowed the branch to create a network of interested people extending far beyond Richmond and Virginia.

Future plans for Richmond ASALH include expanding their partnerships with the Greater Richmond Chapter of the African American Historical and Genealogical Society, of which Ms. Evans-Oliver is also Vice President, AARP Virginia and the Virginia Museum of History and Culture.

What’s important, she says, is for people to learn about Black life and history and ensure its preservation and proliferation for future generations.

“My goal is simply to spread awareness about ASALH, so that people can join us,” says Ms. Evans-Oliver. “We are looking for members who are willing not only to listen, but also to do the work.

Meet a local leader in the preservation of black history and this week’s personality, Michelle Evans-Oliver:

Volunteer position #1: President of the Richmond, Virginia branch of the Association for the Study of African American Life and History, or ASALH.

Other community involvement: Vice President of the Greater Richmond Chapter of the African American Historical and Genealogical Society.

Date and place of birth: August 11 in Richmond.

Where I live now: County of Henrico.

ASALH is: An organization dedicated to the study and appreciation of African American history.

Date and place of creation: ASALH was founded on September 9, 1915 in Chicago.

Mission: ASALH’s mission is to promote, research, preserve, interpret and disseminate information about black life, history and culture to the global community.

How Carter G. Woodson continues to be relevant today: Dr. Woodson continues to be relevant today being known as the “Father of Black History” and the creator of Black History Month. He also started the movement of telling our true story and debunking misinformation about African Americans, giving us credibility we never had before.

Number of ASALH chapters: There are 46 branches in the United States and three chapters in Virginia – the Heritage of Our Ancestors branch in Richmond, Virginia, the Hampton Roads branch and the Louisa County branch.

When the Richmond ASALH branch was founded: In 2019, we had our meeting of interest. We were chartered in 2020.

How I became interested in establishing a local chapter: In 2016, ASALH held its national convention here in Richmond. A friend of mine said they were looking for Dr. Woodson’s descendants. I went to the convention and talked to the organizers, and learned more about ASALH. Every year after convention I was asked to start a branch in Richmond, which never had a branch.

Goal or Project #1 for ASALH Richmond Branch: To increase membership.

Strategy to achieve the objectives: Staying active in the community despite the pandemic by doing educational programs via Zoom on various topics related to African American history in Virginia and across the country.

How to become a member of the ASALH Richmond branch: Richmond ASALH has an online membership form at https://forms.gle/8kZb7pP22MtEffnf7 Also, find out about us on our Facebook page (@ASALHRVA) or email us at [email protected]

Richmond ASALH is a partner of: We partner with Virginia Museum of History and Culture, AARP Virginia, Afro-American Historical and Genealogical Society to name a few. We seek to partner with other organizations that match our mission.

The next ASALH events:

ASALH Richmond is hosting several free virtual events with co-sponsor AARP Virginia. The first “Africulture – Crops, Benefits and Way of Life – The Story Between Plants and Africa”, is a virtual lecture by Michael Carter Jr., a fifth generation farmer on his family’s farm in County of ‘Orange, Va., at 7 p.m. Tuesday, Feb. 2. 22. Mr. Carter is the Small Farm Resource Coordinator for the Small Farm Outreach Program at Virginia State University. He will talk about his work in Ghana, Kenya and Israel as an agronomist and organic farming consultant and the history between plants and Africa. Register at https://aarp.cventevents.com/CultivateFEB

On Wednesday, February 23, ASALH Richmond will host Wind Down Wednesday – Hidden History with Brian Bullock, a local filmmaker and history buff at 7 p.m. The virtual event includes a short film about your family’s history, followed by a discussion with Virginia historians. and genealogists. The event is free and co-sponsored by AARP Virginia. Register at https://aarp.cventevents.com/WindDown4

On Sunday, February 27 at 5 p.m., ASALH Richmond will host a “Sunday Sit-In: Racial and Social Injustice!” with Dr. Shelley Murphy, historian and researcher in the Descendant Program at the University of Virginia. She will talk about her research and interviews on the correlation between lynching and Confederate monuments. The free conference is co-sponsored by AARP Virginia. Register at https://aarp.cventevents.com/SundaySitInFeb

A perfect day for me is: Relaxation and cooking.

What I’m learning about myself during the pandemic: I learned that some days should be rest days. I learned to slow down and relax. I am learning to prioritize my schedule.

Something I love to do that most people would never imagine: Watch documentaries. Inspirational quote: “When people show you who they are, believe them the first time.” —Maya Angelou

My friends describe me as: Motivated and fun

At the top of my to-do list: Find more of my ancestors. Best Late-Night Snack: Skinny Pop Lime Popcorn.

Best thing my parents ever taught me: Be a good steward of my finances.

The people who have influenced me the most: My mother and my father.

Book that influenced me the most: “The 48 Laws of Power” by Robert Greene.

What I’m currently reading: “The Laws of Success” by Napoleon Hill.

Next goal: FYI – I was selected as a local hero by AARP National to be featured in their 2022 Black History Month marketing campaign. I and 14 others from across the country were nominated and selected from a large number of candidates.

Gospel Music in Atlanta: The Influence on African-American Culture | News