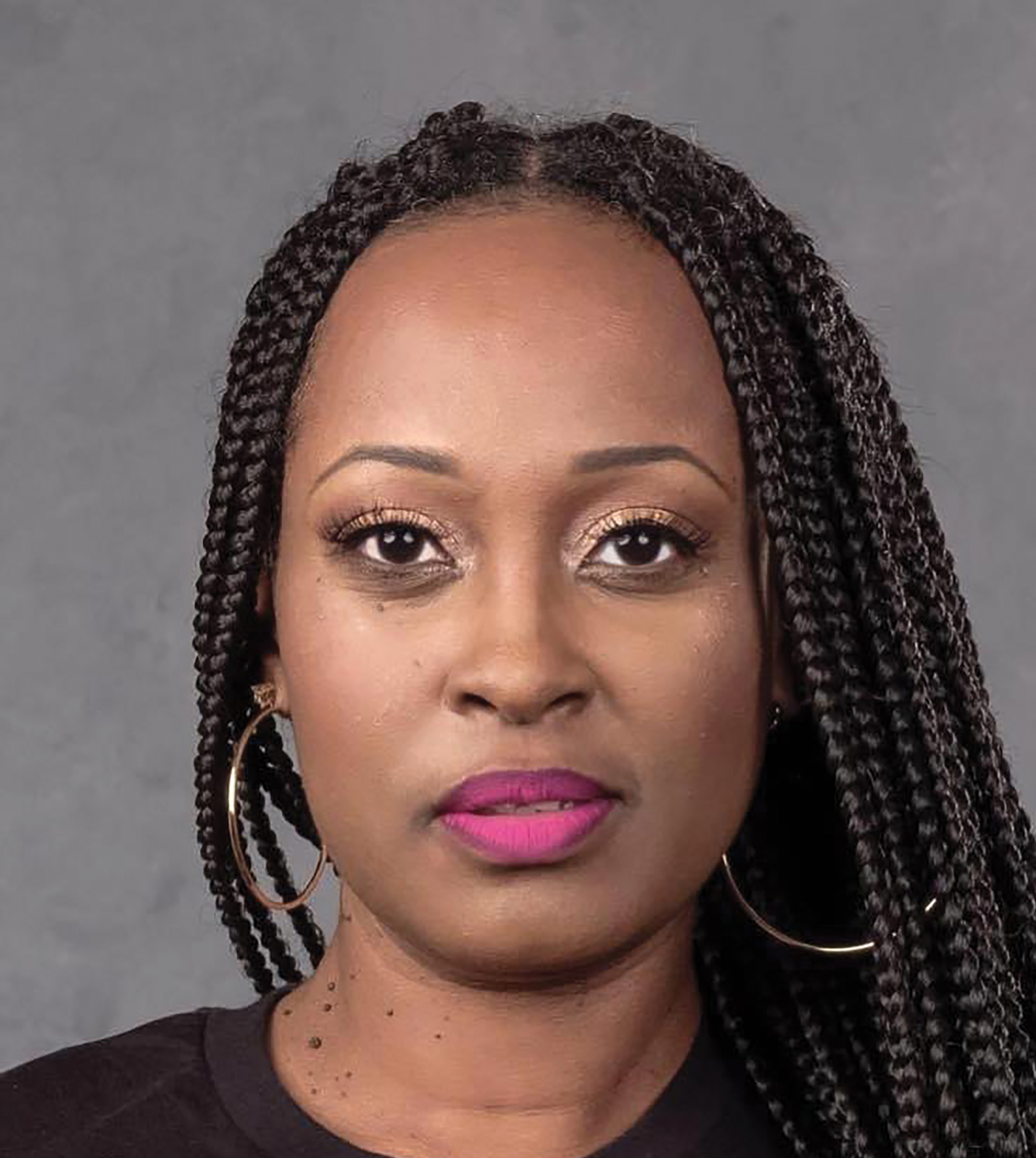 In a time of change and need locally, statewide, and nationally, a century-old Richmond advocacy organization is in the midst of a revival, thanks to Shemicia L. Bowen.

The Richmond resident is the newest Chair of the Greater Richmond Urban League Board of Directors, and she is working hard to re-establish the organization as a force for change and progress.

It’s an endeavor Ms. Bowen is committed to carrying out, and her enthusiasm is evident even as she recovers from a severe case of the flu.

“Even in his hiatus, I was the main cheerleader for the Urban League,” Ms Bowen says.

Formed nationally in 1910, the Richmond Branch of the Urban League was established in Jackson Ward in 1913. Its mission then and now is to help African Americans and other people in underserved communities to achieve equal opportunity, economic autonomy and civil rights. These goals are achieved through programs and collaborations in education and job training, housing and community development, workforce development, entrepreneurship, and health.

Nationally, Urban League has 90 affiliates in 36 states and the District of Columbia. In Virginia there are three affiliates – the Greater Richmond Urban League, which includes Petersburg, and branches in Hampton Roads and Northern Virginia.

Ms. Bowen joined the Richmond chapter in 2007. But, she says, the local branch “had been down for several years” recently. The Hull Street office closed and its last full-time CEO retired.

But in her volunteer position as President of the Urban League Young Professionals from 2012-2014, she got to see what other affiliated organizations were doing and she realized the untapped potential of Greater Richmond and Petersburg.

“While impressed with the progress and leadership of these cities, UL’s glaring absence was evident to me,” says Ms. Bowen, adding that it fueled her desire to help reinvigorate the Richmond affiliate.

With the emergence of the COVID-19 pandemic and the social justice issues that have arisen and come to light since 2020, “it was even more evident that the need for this organization was as relevant today as it is. was 100 years ago,” she says.

Her main goals as Board Chair are to establish a new permanent headquarters in Richmond and to develop a leadership training program focused on advocacy, civic-building and economic empowerment.

“There is always a need, and we need to stop looking for temporary solutions and put in place long-term strategies,” says Ms. Bowen. “Until then, the Urban League will be there to support the city of Richmond. “

Volunteer position #1: Chair of the Greater Richmond Urban League Board of Directors.

Where I live now: Richmond, south of the James River.

The Greater Richmond Urban League is: Extremely important. Over the past decade, the Richmond branch has reorganized and reimagined the way it serves the community. Historically, the Urban League enables African Americans to secure economic autonomy, parity, power, and civil rights. In Richmond, the Urban League provided services and programs in the areas of education, employment, health and housing in Richmond and Petersburg through direct service, advocacy, research, policy analysis, community mobilization and inter-community collaboration.

As part of our way forward, Urban League will focus on advocacy and civic and community engagement through education and policy reform.

When and why was UL founded in Richmond: The Richmond Branch was founded in Jackson Ward in 1913 and was an early charter chapter of the National Urban League. Chapters began to open in the South as a recapture of some of these historically black cities.

Richmond Founders: Eugene Kinckle Jones, a Richmond native who became an early initiate and founder of Alpha Phi Alpha Fraternity, Inc., at Cornell University, was a pioneer of the local Urban League movement. In 1918, he became executive director of the National Urban League and sought to serve African Americans by increasing their chances of obtaining employment and providing support in areas such as housing, education, and health. His influence was so vast that he became a member of President Franklin D. Roosevelt’s famous “Black Cabinet”. Maggie L. Walker and John Mitchell Jr.

Why the Greater Richmond Urban League is important in our community: Challenges in Richmond and Petersburg include food and housing insecurities and disparate educational resources are distinctive and disproportionate in communities of color.

We believe that students, parents, and community leaders should be involved in education, job readiness, skills building, and policy reform that expands and deepens opportunities for families, fills gaps in resources for Virginians, accelerates progress and more fully delivers on the promise of fairness and civil liberties for all.

When elected Chairman of the Board: The current board was installed in March 2021 for a two-year term.

How the Greater Richmond Urban League impacts the community: Our young professionals have forged new business relationships during the pandemic, including Ardent Brewery. Greater Richmond Urban League Young Professionals received a portion of their Stronger than Hate beer sales. Collaborations included Fit for Kids, Black Lives Matter 804, Voice for Virginia’s Children and Party at the Mailbox, a Get Out The Vote initiative.

How the Greater Richmond Urban League seeks to stay relevant: More than 50 years after the federal Voting Rights Act, the Urban League champions the John Lewis Advancing Voting Rights Act that would strengthen voting rights by expanding and strengthening the government’s ability to respond to discrimination electoral. The People’s Law incorporates key measures that are urgently needed, including automatic voter registration and other measures to modernize our elections; a national guarantee of free and fair elections without voter suppression, coupled with a commitment to restore all suffrage law protections.

Events to come: Urban League Day on the Hill, a lobby day, 9 a.m. to 6 p.m. Friday, January 21. And the HBCU Scholarship Ball, at 6 p.m. on April 26, at the Museum of Black History and the Virginia Cultural Center.

A perfect day is: Calm.

What I’m learning about myself during the pandemic: During the pandemic, I had the opportunity to reassess how I use time and space. I fought the pressure of having a full calendar of events and calls. In pseudo-isolation, I learned to appreciate the quiet moments. I’m more introverted than people think. I learned to do less and give more.

Something I love to do that most people would never imagine: I like to read the French version of the instructions. I took seven years of French and I rarely use it. “I’m a nerd.”

Quote that inspires me: “The sun doesn’t ask permission to shine, neither do I.”

My friends describe me as: Everyone’s mother – generous, nurturing, frugal, shrewd, ambitious and knows how to get to “Yes!”

At the top of my to-do list: Live in gratitude, honor history, and prepare for a great future for biological and community families.

Best thing my parents ever taught me: Money management (when I thought we had none). I understood early on the value of money, tax responsibilities, assets versus liabilities, and how to manage credit.

Person who influenced me the most: Collectively “the women” – black women were my first examples of strength, power and beauty that I saw in my family, as well as teachers and the community where I lived.

Book that influenced me the most: “Atomic Habits” by James Clear.

What I’m currently reading: I’m rereading “Your Blues Ain’t Like Mine” by Bebe Moore Campbell.

Next goal: Develop new programs and establish a permanent headquarters for the Greater Richmond Urban League; write this book that has been in my head for years; and add value wherever I am.