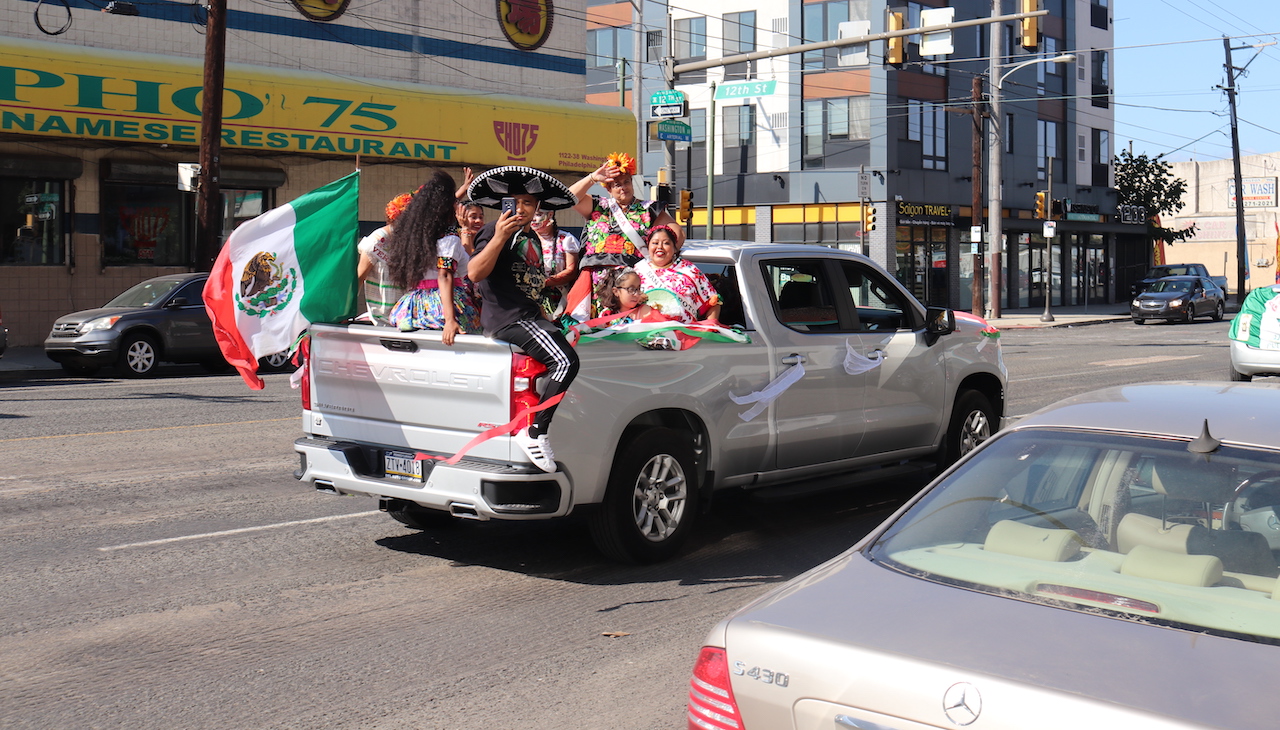 Multidisciplinary artist, announcer and producer of “Talent and Community” on Philatinos Radio, and community leader, Reyna Guzman Casarez organized Philadelphia’s first allegorical car parade for Mexico’s Independence Day on Thursday, September 15. It was the first day of Hispanic Heritage Month in the United States and kicked off Mexican Independence Weekend.

Parade participants wore traditional Mexican clothes and attire and decorated trucks and cars with Mexican flags and other Mexican ornaments. Similar parades were held across the country in Chicago, Southern California, but this was the first of its kind in Philadelphia.

The parade began on 9th Street and Washington Avenue, the heart of South Philadelphia’s Latino community. Participating cars drove up Broad Street and then north to City Hall, where the festivities continued with dancing, singing and the raising of the Mexican flag at City Hall.

Casarez has been planning the event for months in anticipation of this weekend’s festivities, which includes activities for all ages.

At City Hall, Casarez and the local Mexican-American community were joined by Consular Corps Association President Peter S. Longstreth, who was a special guest speaker and spoke about the importance and work hard work from the Mexican consulate, and all he did during the scorching days of the COVID-19 pandemic and beyond.

He also talked about the Mexican flag and how its bright colors and design are most representative of Mexican culture and community.

Amy Eusebio, director of the Office of Immigration Affairs, was also present at City Hall. The singer Pedro Villaseñor and the Mariachi Internacional Flores, as well as the group Danza Azteca del Anahuac, also joined in the festivities and performed in front of the public.