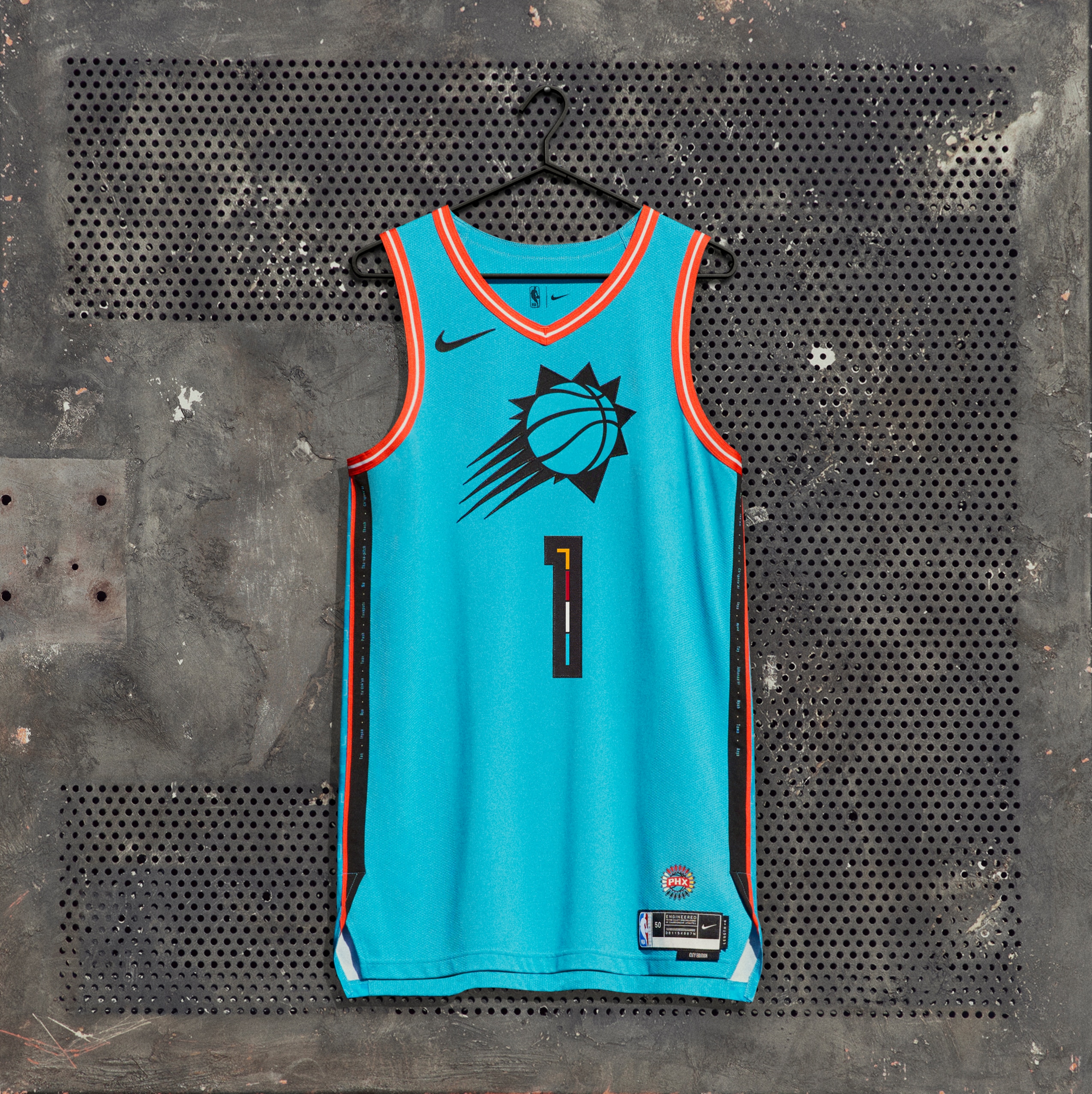 Arizona is home to 22 native tribes. From Kaibab Paiute in the North and Pascua Yaqui in the South, from the Navajo, the most populated, to the Tonto Apache, the smallest. The Phoenix Suns, Arizona’s first professional team, and the 22 tribes that have inhabited this region for thousands of years have a common respect for family, community and the environment, as well as a common love for the basketball. With the introduction of the Phoenix Suns 2022-23 City Edition uniform, the Phoenix Suns will celebrate Native American cultures and the passion for basketball that unites us.

The turquoise base color of the uniform represents the Stone of Protection or Living Stone, which holds special significance to the native tribes that inhabit Arizona. The Suns primary “Sunburst” logo is centered on the chest of the jersey. The red trim on the jersey represents the color of the land and soil found throughout the state. The side panels feature a traditional staircase motif commonly depicted in regional indigenous art. The side panel is edged with a black ribbon with the direct translation for “the sun” from Arizona’s 22 tribal nations.

The shorts feature the same side panel and black ribbon as the jersey. The belt buckle features a new logo with the PHX wordmark and a basketball surrounded by 22 feathers to represent the tribal nations that call Arizona home. The feathers are colored red, yellow, white and black to align with the traditional “medicine wheel” which is important to Indigenous communities across North America and represents the four directions and cycles of life . While the sash features a pattern and design in line with the sashes worn in the traditional regalia worn by some of the tribal nations in the region. The shorts also feature 22 arrowheads along the hemline, another nod to Arizona’s tribal nations. 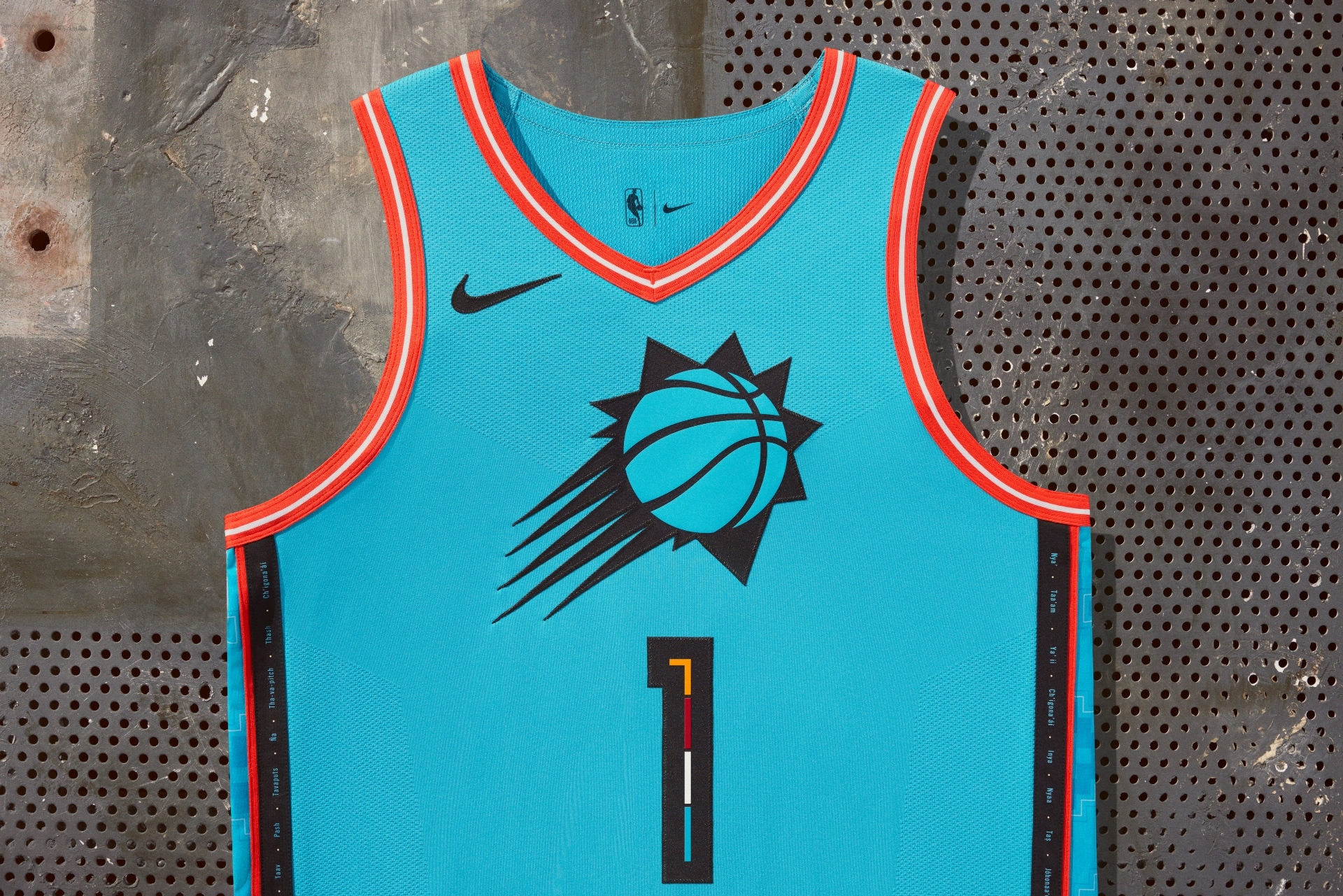 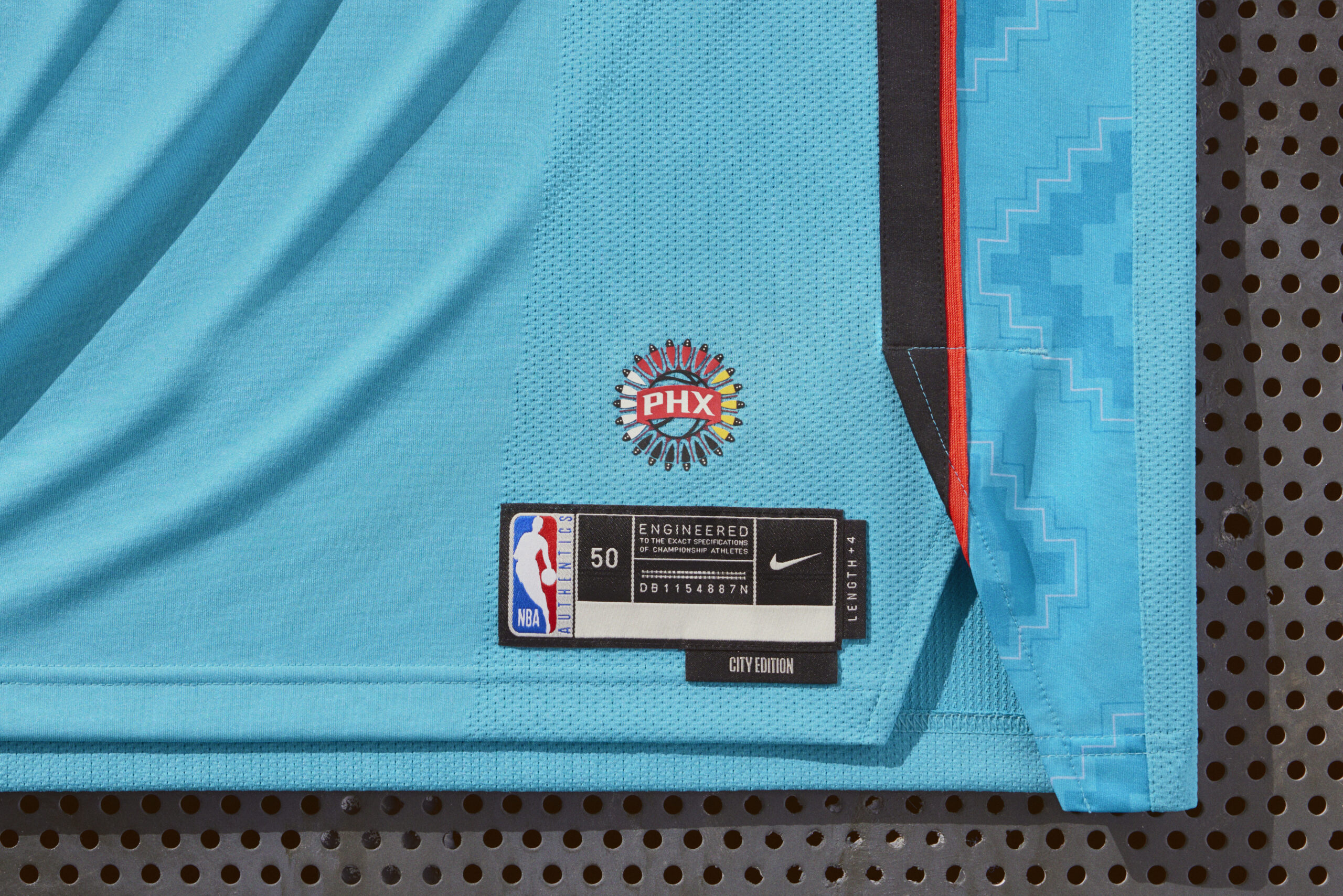