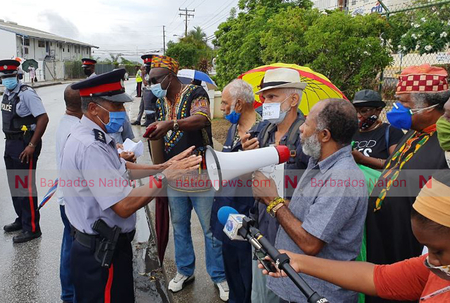 Dozens of protesters gathered outside the United States Embassy, ​​Wildey, St Michael at around 11 a.m. today to show solidarity against the brutal death of George Floyd in Minneapolis, Minnesota, over a week ago .

With signs in hand, they shouted “I can’t breathe”.

But just as the organizers of the Caribbean Movement for Peace and Integration were about to rally the protesters and instruct them on how the picketing should proceed under COVID-19 regulations, the police told them to. said the authorization had been revoked.

The permit allowed ten people at a time and organizers said they would trade. 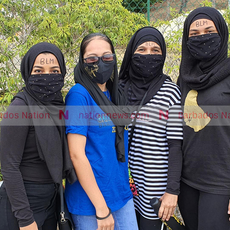 The police ordered people to leave.

This annoyed the demonstrators and the organizers, who then began to chant at the top of their lungs “We will not be moved”.

They continued to sing about police brutality towards people of African descent.

Chief Superintendent Antonio Forte soon arrived with more officers and told the group to disperse. He spoke to the organizers and the demonstration ended.

Floyd was killed by former police officer Derek Chauvin after being pinned down by a knee to the neck in a now-vital video captured by a passerby. On Friday, the charges against Chauvin were reclassified as second degree murder.

Thomas Lane, J. Alexander Kueng and Tou Thao, three former officers who were present at the time of the incident, were also arrested and charged. (SB) 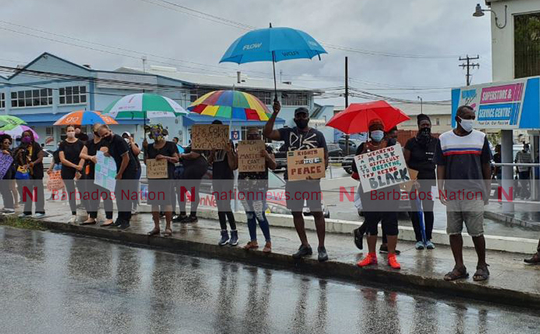 Download the Telegram app from the App Store or Play Store and sign up to receive new alerts at this link.