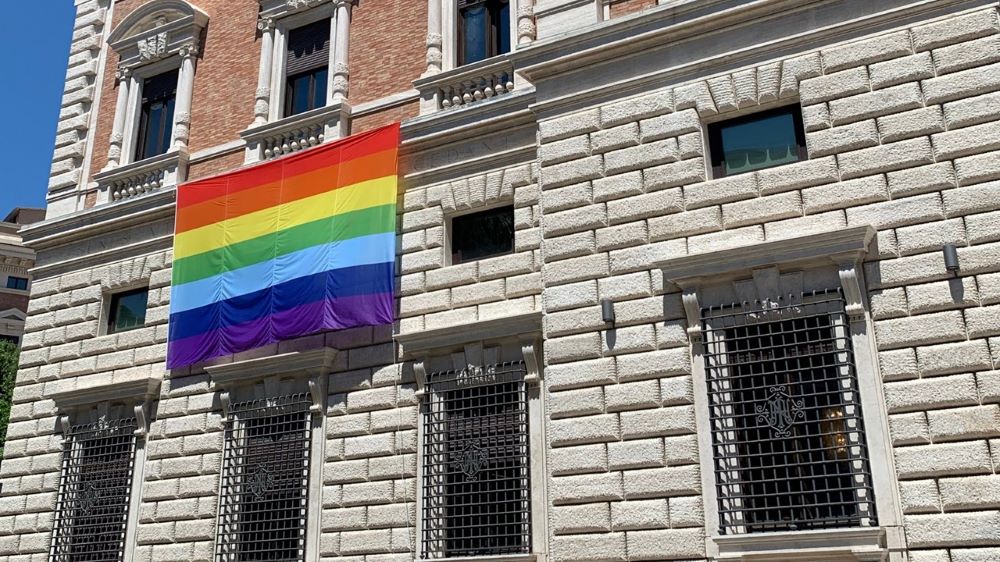 The United States Embassy to the Holy See has decided to fly the rainbow flag throughout the month of June to celebrate “Pride” month.

On this first day of June 2021, Romans walking past the United States Embassy to the Holy See can now see a rainbow flag flying in front of it.

In case the message was not clear, the Embassy immediately communicated on social media: “The United States respects the dignity and equality of LGBTQI + people. LGBTQI + rights are human rights ”,

The decision actually comes from the top of the Biden administration. A few weeks earlier, Secretary of State Antony Blinken, in anticipation of the “International Day against Homophobia” scheduled for May 17, had encouraged American diplomatic representatives to fly the “flag of pride” in the colors of the United States. rainbow throughout the month of June.

June is now the month which, in the secularized West, is no longer devoted to the Sacred Heart, but to “pride”, that is to say to the promotion of homosexuality and the ideology of kind.

In the process, Joe Biden – the second Catholic president in the history of the United States – on June 1 issued a statement on “pride month” in which he declared that “pride is both a jubilant community celebration of visibility and a celebration of self-esteem and dignity.

The CEO took the opportunity to reiterate his desire to see Congress quickly ratify the Equality Act, by which “sexual orientation and gender identity” would be enshrined in federal law.

Finally, in his directives to diplomatic representations, the cautious US Secretary of State “advised diplomatic posts in certain countries to avoid flying the rainbow flag if it created a backlash.”