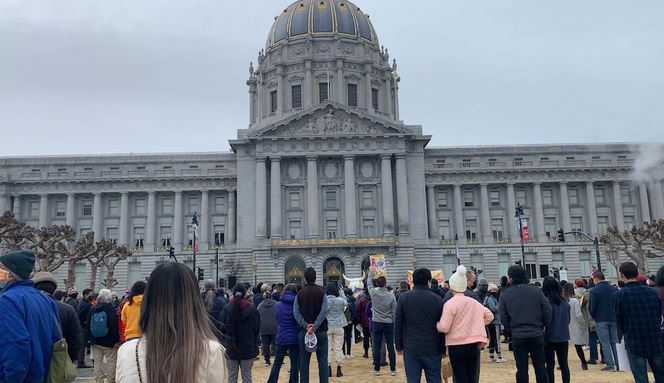 The San Francisco Board of Supervisors formally apologized this week to the Chinese-American community for acts of institutionalized racism.

According to CNN, Supervisor Matt Haney’s resolution acknowledges the “shameful history of structural and systematic racism and discrimination against Chinese immigrants and the Chinese-American community by the City and County of San Francisco (which) goes back more than 150 years old and has touched every aspect. of life, including employment, housing, education and culture.

The HuffPost reports that between 1873 and 1883, city leaders passed a dozen anti-Chinese laws designed to discriminate against Chinese laundries. A riot in 1887 damaged 20 Chinese-owned laundries and left four dead. In 1890, a law prohibited Chinese immigrants from living in the city.

The resolution coincides with the Lunar New Year and follows a two-year rise in anti-Asian hatred across the country.

San Francisco is the fourth Californian city to apologize to the Chinese-American community. Los Angeles, San José and Antioch are the others.

AsAmNews has Asian America at its heart. We are an all-volunteer effort made up of dedicated staff and interns. Check out our new Instagram account. Go to our Twitter feed and the Facebook page for more content. Please consider doing an internship, joining our team, submitting a story or making a contribution.