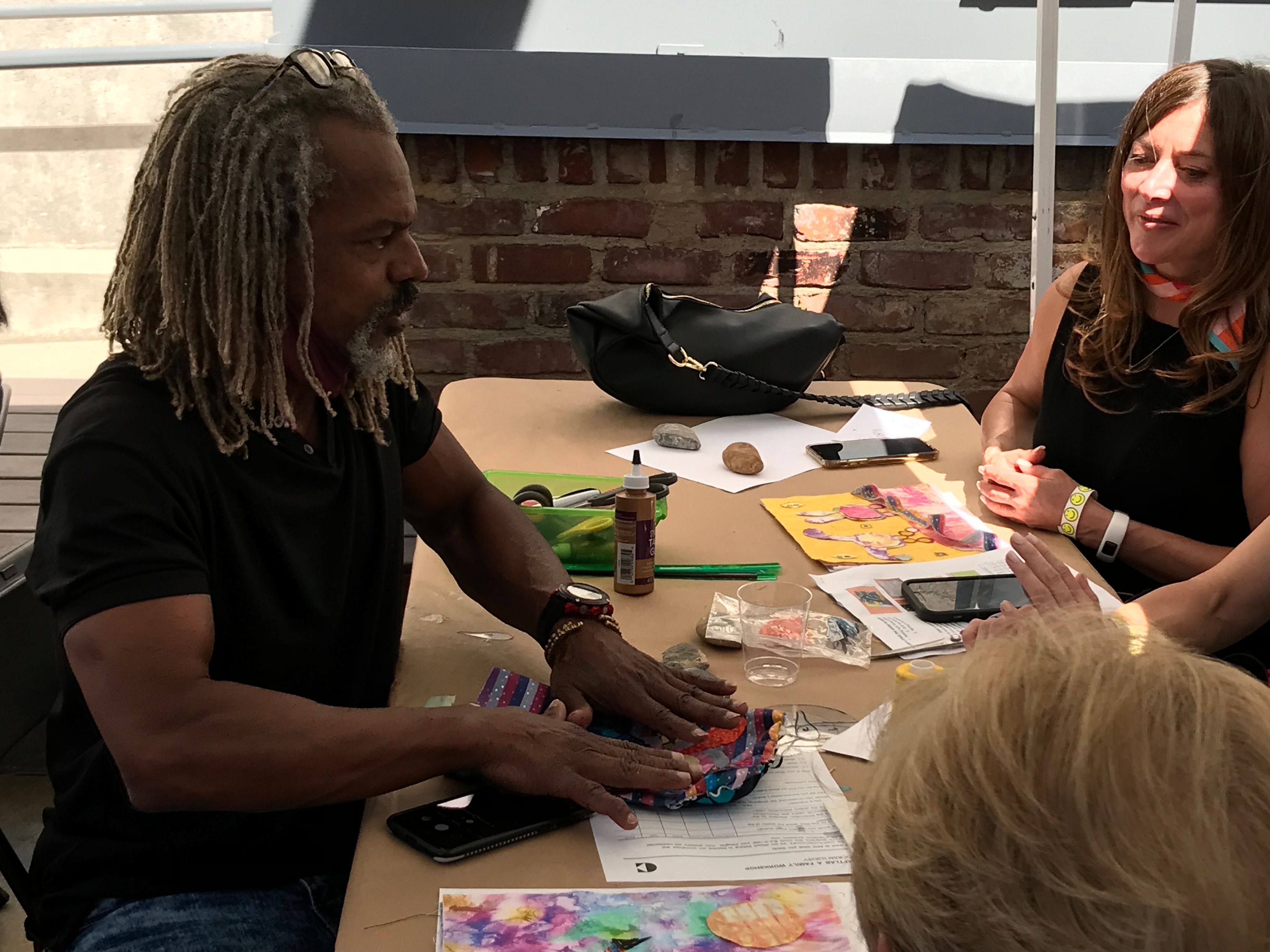 Carlos Spivey’s quilt collection on display at the Craft Museum of Contemporary Art in Los Angeles is an intersection between Africa and contemporary black America.

His colorful exhibition entitled “The Sum of the Parts: Dimensions in Quilting“are magical ancestral canvases that stitch together the African diaspora, slavery and images of family, love and black spirituality today.

“I was once exhibiting my work and a young black boy aged eight to ten came to my booth. He was obsessed with a picture I painted called Lunar Landing,” Spivey recalled while working in his studio in Inglewood. 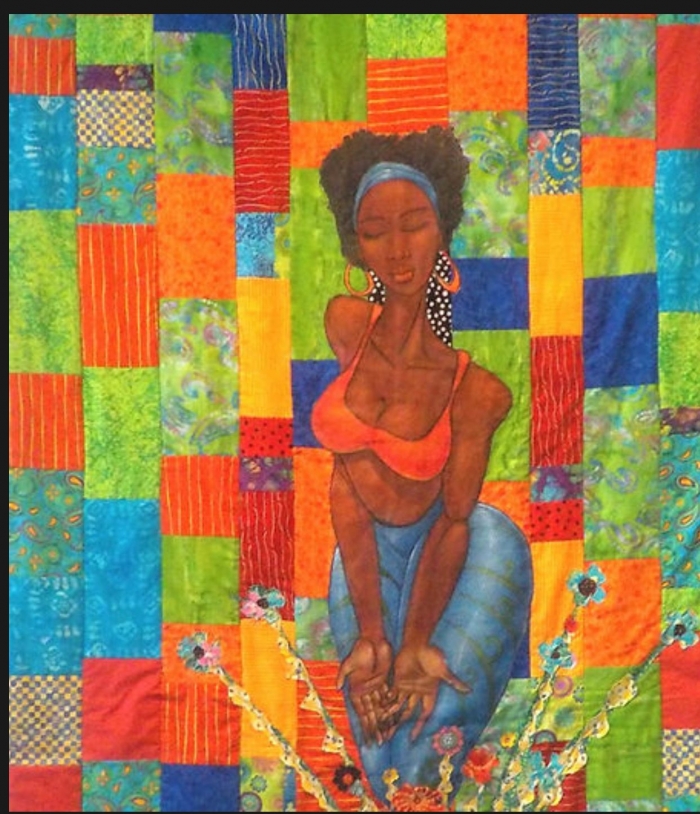 “This painting shows a strong, well-built black male angel carrying a black queen as if he had just landed on the moon. He said, ‘Wow! I’ve never seen a black male angel before. And I I replied, “Me neither until I combed one,” Spivey said, adding, “The angels of folklore protect people and keep them safe. Black men are always seen as predators.”

Although this meeting took place a few years ago, it left an indelible impression on Spivey. This fateful conversation portrayed the impact of institutionalized intergenerational racism. 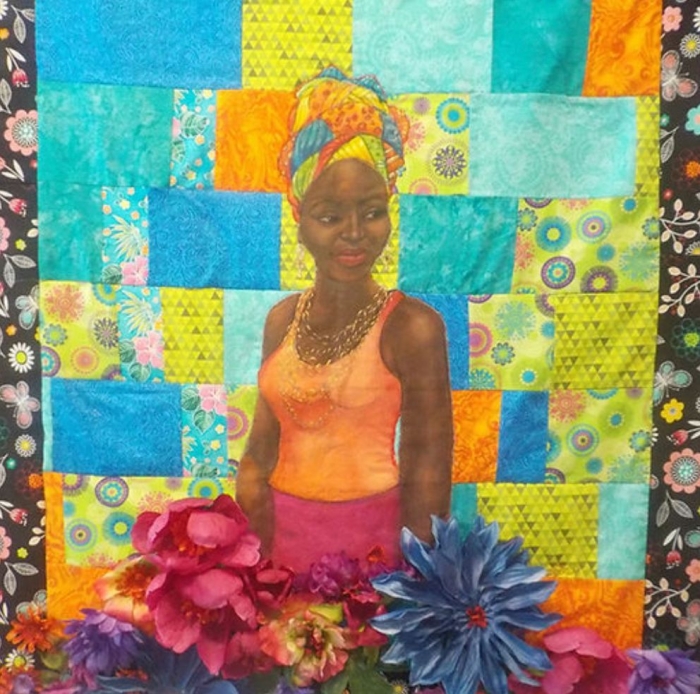 Spivey is one of five artists participating in The sum of the parts exhibit at Craft Contemporary, located at 5814 Wilshire Blvd on Museum Row Los Angeles across from the George C. Page Museum and La Brea Tar Pits.

display investigates fundamental aspects of quilting, including abstraction, pattern-making, and how memories are embedded in materials. The exhibition will end on September 11, 2022.

Spivey recently led a day-long quilt workshop at the gallery for people of all ages. About 80 people attended. The workshop “helps people connect with the artists and gives them a deeper relationship with the works on display in the gallery,” said Billy Ray Vincent, director of school and family programs. 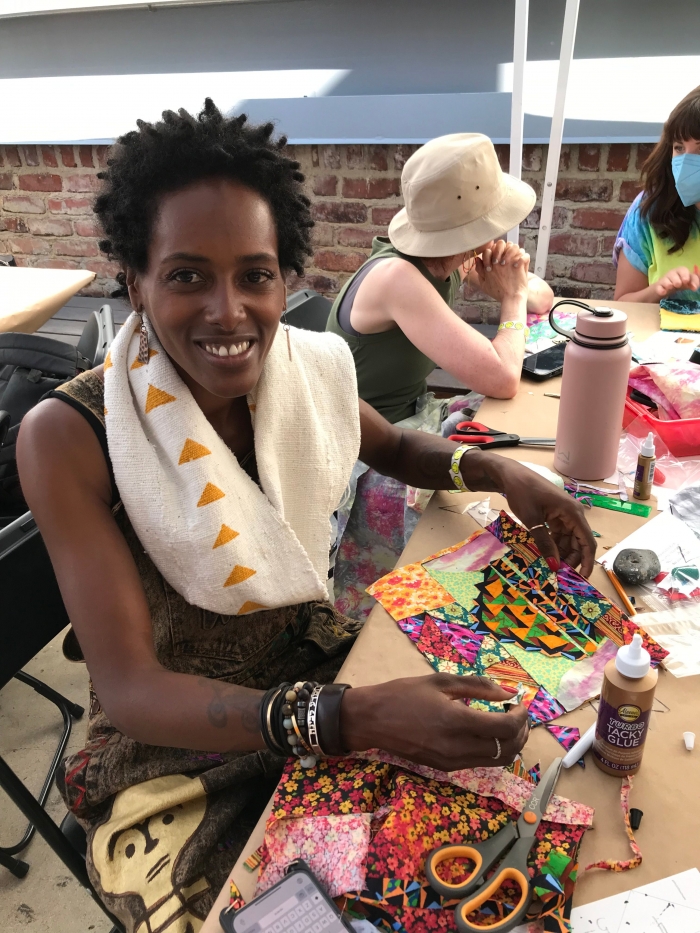 With a Bachelor of Fine Arts and a Masters in Film and Animation from UCLA, Spivey also works with acrylic, oil and glass. He also creates stained glass windows of Afro-American inspiration.

Spivey believes that art plays an essential role in teaching and affirming black culture as much as film, television and literature. He said the art depicts black identity, our ethnicity, our religion, where we live and our lived experiences.

NeFesha Ruth was visiting from Fresno when fate directed her to Spivey’s quilting lab. Ruth is also a writer, cultural practitioner and founder of @Blackfolk.art. 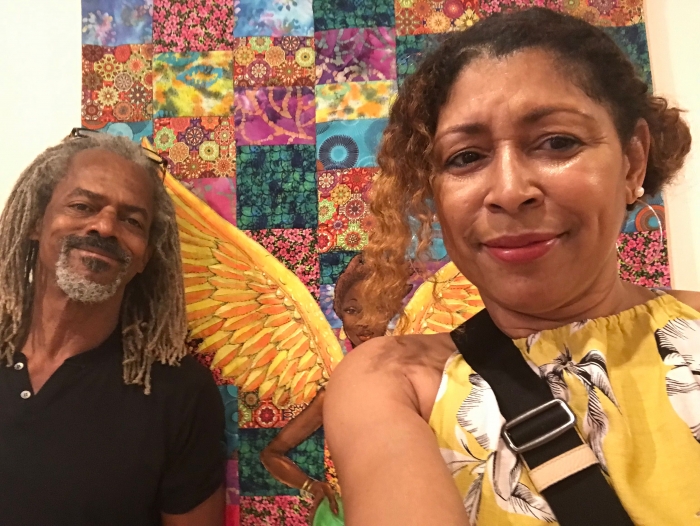 “Carlos gave us a common space to work on art and being able to meet him and see his art in the gallery was such an enriching experience,” she said. “The quilt is a place of healing.”

Fana Baba Dayo said the quilt reaffirms who she is as a black woman.

“Carlos is very inspiring because the work he does is culturally specific,” said Dayo, also an artist.

“It brings to life the events that we experience on a daily basis. His art comes to life when you look at it,” Dayo said.