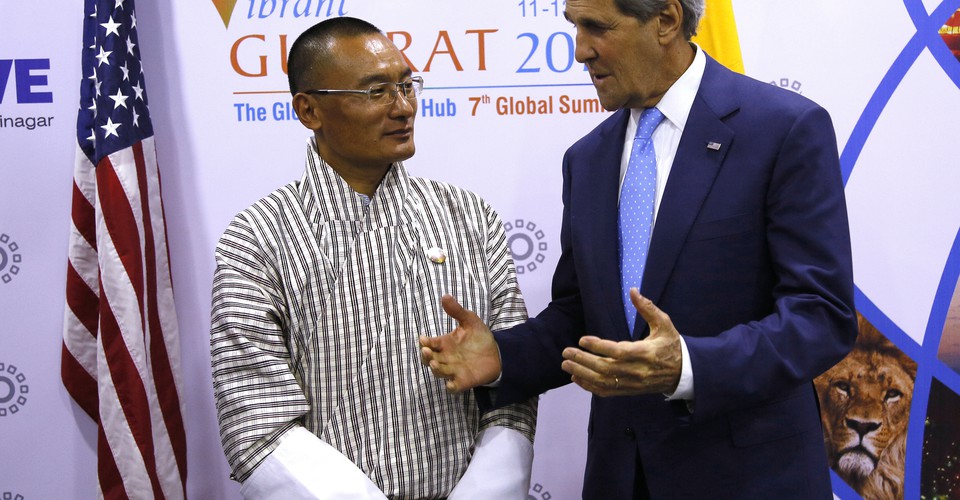 Wednesday, the United States and Cuba announcement that they would reopen embassies in their respective capitals, thus re-establishing diplomatic relations for the first time since 1961. The agreement does not mean that relations between Washington and Havana will return to what they were before the revolution of Fidel Castro : Congress still maintains an economic embargo on the island, a policy unlikely to change soon. But the re-establishment of the embassies, scheduled for July 20, is nonetheless a major step forward in the long acrimonious relationship between the two countries.

According to The New York Times, the opening towards Cuba leaves only three countries with which the United States does not have diplomatic relations. Two of them are fairly easy to guess: Iran and North Korea. Washington severed ties with Tehran in 1980, months after Iranian students seized the US embassy and took 52 Americans hostage. The United States’ ties with North Korea, meanwhile, have been strained throughout the latter country’s existence and have only worsened since Kim Jong Un took control of the country in 2011.

Bhutan is a country that the United States has no real disputes or grievances with – or really a lot of history of any kind.

But the third country is a country with which the United States has no real disputes or grievances – or really a lot of history of any kind. It is the South Asian kingdom of Bhutan.

Bhutan is a landlocked country the size of Switzerland, located in the Himalayan mountains between India and China. Since joining the United Nations in 1971, the country has maintained a Swiss-like aversion to foreign entanglements of any kind. The kingdom has no relations with any of the five permanent members of the UN Security Council, and only two states– Bangladesh and neighboring India – have embassies in the capital of Bhutan, Thimphu. Bhutan is so isolated that until 2007 it did not even conduct its own foreign policy …India took care of it for them.

Despite its withdrawal from the rest of the world, Bhutan is not exempt from adversarial relations. The kingdom has a long-standing border dispute with China, which claims around 10% of Bhutanese territory, and the Chinese government is eager to include Thimphu in its sphere of influence. So far, however, Bhutan has kept its distance: the country recently refused to join the Asian Infrastructure Investment Bank, a Beijing-led rival of the World Bank. Bhutan’s resistance to China has led some analysts to speculate that the United States should seize the opportunity to formalize relations with the kingdom, a newly consolidated democracy.

But Bhutan’s rulers simply see no reason to move closer to the United States. In 2011, Jigmi Yoser Thinley, then Prime Minister of Bhutan, told the Bhutanese news agency that “there was a time when diplomatic relations meant his position vis-à-vis the warring powers, the choice of his camp. This is no longer the case.

The United States also appears to be happy with the status quo. In January, US Secretary of State John Kerry meet Tshering Tobgay, Prime Minister of Bhutan, at a regional summit in Ahmedabad, India, the first-ever meeting between America’s top diplomat and a Bhutanese leader. The talks were apparently warm and productive, but “establishing diplomatic relations was not a topic of conversation,” Deputy Secretary of State for South and Central Asia Nisha Desai Biswal said .

US troops sent to protect US embassy in South Sudan