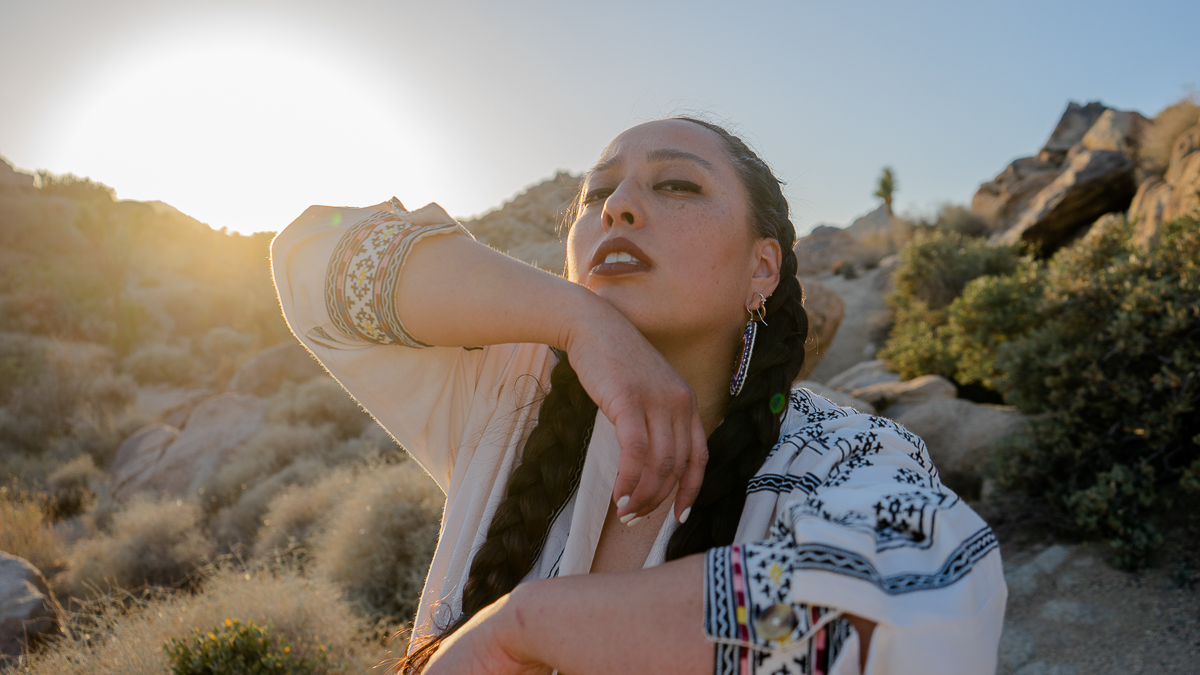 Founded in 2018, the dance company EL SUEÑO centers the experiences of BIPOC communities as powerful stories worth seeing and celebrating. Founder Alicia Mullikin sought to cultivate an inclusive space in the world of dance that recognizes ancestral lineage and Latin American culture. EL SUEÑO seeks to dispel the myth of the American dream as personal achievement and recognizes it as a collective effort, tied to the past.

EL SUEÑO weaves together moments of beauty and hardship that reverberate through time and space. The dancers embody powerful female archetypes of mother, grandmother, queen or warrior. Set in the Mojave Desert, their performances bring to life the journeys of these powerful women and the traits that have been passed down to them from generation to generation. They affirm their presence, freely and wholeheartedly expressing the inherent courage, resilience and gentleness of their ancestors, immigrants and people of color.

A first-generation Mexican American raised in and around Los Angeles, Alicia Mullikin discovered her love for dance and choreography in public school. The support of family members and mentors reinforced her belief that she could earn a place in the dance world as a plus-size dancer, brunette woman, and daughter of immigrants. During auditions, Mullikin recalls persistent discouraging remarks asking him to lose weight or erase elements of the Spanish language and Latin American culture from his work.

“I never felt like I could get involved in my work without receiving messages of opposition. I thought that getting a college degree would provide me with my American dream, which was to do what I No matter what education or job I invested in; I wasn’t really going to be accepted,” Mullikin said. “I had an epiphany: If the space I would like to have in the dance world doesn’t exist, so I’m going to create it myself.”

As history has shown, people with marginalized identities are rendered invisible despite their work and intrinsic worth, and their sacrifices often go unrecognized by dominant institutional forces. EL SUEÑO’s work aims to address this glaring oversight and honor the contributions of the BIPOC communities.

“When I thought about what got me into the dance world, I had to look back and realize that [it] was not my fault. My parents, grandparents and ancestors are the ones who strived for the next generation to be better. These are my Native American ancestors who survived the genocide. It was my grandparents and my father who immigrated here. It was my mother who worked three jobs while I was growing up,” Mulikin said. “These people continually put in the effort and continually put aside their dreams so that I could do what I do. I am in a place where I am now the recipient of generations of work invested in me. Generations of love and harvesting have enabled me to be at the exact moment right now.

EL SUEÑO and its community partners encouraged people to embrace their identity, heal intergenerational trauma, and commemorate their lineages. The dance company has notably collaborated with the Henry Art Gallery in an exhibition titled EL SUEÑO: THE FLOWERS THAT CLOSING (November 18, 2021–April 17, 2022). For its finale, EL SUEÑO Healing Day presented a series of programs: Yoga and your ancestry with the artist Alphonse Cervera; a sound bath, meditation and intentional journaling session with a healing practitioner Maria Munoz; and a projection of EL SUEÑO, with a Q&A with Mullikin and Muñoz. Through community-building events, the dance company continues to unapologetically pay homage to ancestral ties and Latin American heritage.

“I want to tell my people, ‘I see you.’ I try to reach a lot of people and make sure it resonates with them [and that they can] see themselves or the people they love in it,” she shared. “I haven’t had the opportunity to see dark-haired women dancing. I want to make sure that when a young Brown sees this work, he knows it’s a Latina doing this work.

Through their work, EL SUEÑO invites everyone to imagine a hard-won collective future and generations to come.

The feature film, EL SUEÑOpremiered at the Northwest Film Forum in March 2022. It is available now for stream on the dance company’s website. Follow their Instagram account for updates on new projects, including a Dance to “Gangsta’s Paradise” by Coolio.

Fiona Dang (she) is a first-generation Chinese-American art historian. Fiona has demonstrated her commitment to building bridges between scholarship and broad art audiences through her experiences working in museums.

The American Culture of Kindness