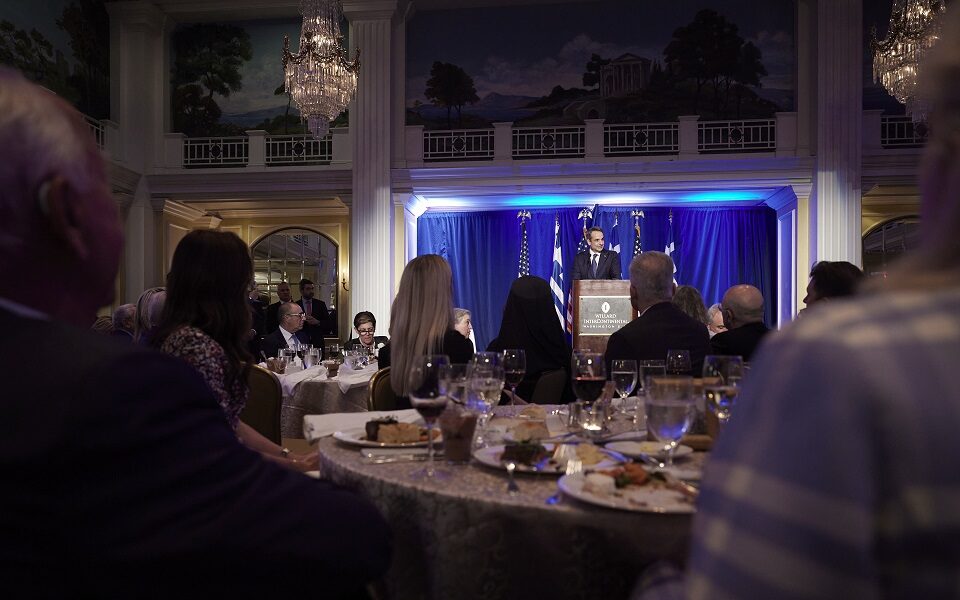 The impact of the Greek-American community

Much is often said about the role and influence of the Greek diaspora, and given that the United States is currently the most powerful nation in the world, it is not surprising that, in this context, it is the community Greek-American that either attract much of the attention.

Greek Prime Minister Kyriakos Mitsotakis’ visit to Washington, his contacts at the White House and his speech to a joint meeting of Congress highlighted Greece’s merits. The geographical position and the overall position of the country obviously matter, just as the policy pursued on issues related to American interests also affects how it is perceived by Washington. If, however, it also has the advantage of a large diaspora – in terms of numbers, but more importantly, political and economic influence – it certainly matters.

The many Greeks doing important things in the United States carry weight. It is not an exaggeration to play their role. Their votes can often influence election results, especially in swing states. Party and candidate financing—a legitimate part of how American democracy works—creates connections that can prove useful when it comes to passing bills and making decisions.

Anyone who has lived in the United States and knows how the political system works has seen that a number of lawmakers who came to see Mitsotakis speak – and there were some very important ones among them – knew they weren’t listening. not just the Prime Minister of an ally in a sensitive region, but also the leader of a country that has about 1.5 million (the exact number is not easy to establish) American citizens who care about Greece and express it in different ways. This is an important factor that no one can overlook.

The global value of Hellenism (Greece and Cyprus) is increased by leaps and bounds in the eyes of the American political system because of its diaspora.

Some doubt the influence of the Greek-American community and the so-called Greek lobby in Washington. I do not agree.

Can we do more? Sure. There is always room for improvement. Would the Diaspora be more effective if all the different Greek-American organizations worked together in harmony? Obviously; there is strength in numbers. Could Athens, Nicosia and the Diaspora act in a more coordinated way? Much progress has been made towards this end, but more can always be done.

In any case, what is clear is that Greece has been very skilful in its movement in recent years. The actions of those who know how leverage and decision-making mechanisms work have been well targeted and yielding tangible results.