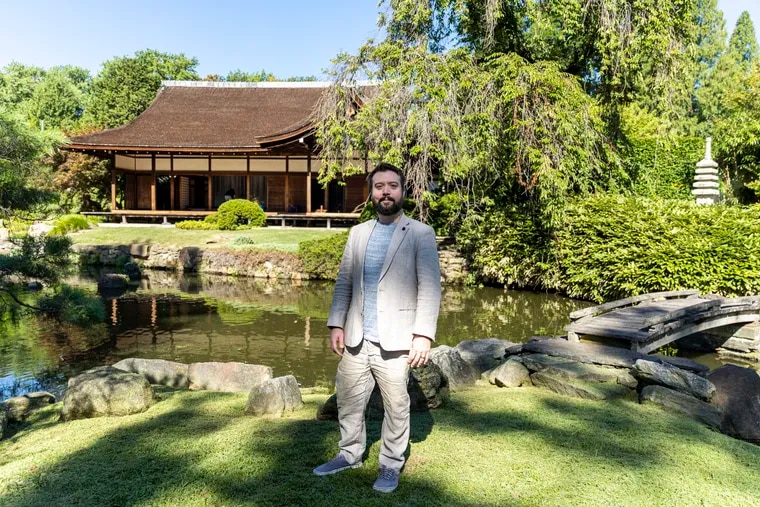 The Philadelphia Shofuso has been an icon for the Japanese-American community. His latest act of vandalism reawakened their trauma.

It was a typical Wednesday morning when members of the nonprofit JapanAmerica Society of Greater Philadelphia (JASGP) began their day at the Shofuso Japanese House and Garden three months ago. But amid the traditional Japanese architecture and flower garden that usually hosts the band in Fairmount Park, there was destruction: wooden panels were ripped from their hinges, interior sliding fusuma doors were kicked in and the stunning mural – worth $2 million – inside the house was damaged.

It was hard for the group’s thoughts not to immediately jump to conclusions. With an upsurge in anti-Asian discrimination and violence in recent years, particularly in the wake of the coronavirus pandemic, this seemed like another unfortunate incident – ​​targeting Philadelphia’s only physical space rooted in culture and the Japanese tradition.

READ MORE: Shofuso House reopens on Friday after it was closed due to vandalism, reports new theft incident

“We have no evidence to suggest it was hate-related,” said Rob Buscher, associate director of organizational culture at JASGP. “But you can see how that would still have the effect of making a community feel targeted at a time like this.”

After the initial shock passed, the group focused on the future: how do we gain community and city support as they restore this historic space? How do they share their knowledge about the meaning of Shofuso? And how do they make sure it doesn’t happen again?

The coronavirus pandemic is just the latest in a long history of incidents that have sparked a wave of hate crimes targeting the AAPI community – particularly the Japanese community.

During World War II, the US government began a roundup of people of Japanese descent, eventually incarcerating around 120,000 people – two-thirds of whom were US citizens – in camps the community calls American concentration camps, rejecting the term internment camp. Following their forced expulsion, thousands of Japanese Americans began to leave the West Coast to resettle in Philadelphia.

READ MORE: More than 9,000 anti-Asian incidents have been reported in the United States since the start of the pandemic, according to the group

“Early on, I think people saw Shofuso as an important part of the culture that in many ways had been forcibly stripped from them during those war years,” Buscher said.

But reassembled in Philadelphia in 1957, challenges plagued the building.

A series of vandalism incidents targeted Shofuso in the 1960s and 1970s, exacerbated by a lack of dedicated resources by the city, which owned the property. It wasn’t until the Japanese government threatened to take over the Shofuso House that the city finally worked with the local Japanese-American community to raise money for the house’s restoration work. Friends of the House and Garden was established as a 501(c)(3) in the 1980s, and over the next two decades many community members who had themselves experienced incarceration in times of war became involved with Shofuso – providing a way to explore, embrace, and celebrate their culture in an active recovery of what had been taken from them.

“It’s the place where you can feel and experience Japan, you come home and look at the garden, you feel like in Kyoto.”

“The Japanese-American community saw Shofuso, especially at this time, as a really necessary part of their movement for redress and recognition as American citizens who had gone through this very racist ordeal during World War II,” Buscher said. .

But the house and garden continued to serve that purpose for later generations of Japanese descendants and more recent immigrants from Japan. Shofuso provided a space for the children and grandchildren of immigrants to feel proud of being Japanese, and for the immigrants themselves to feel more at home.

“Let’s say I come from Japan on a trade mission or move here as a student,” said Kazumi Teune, executive director of JASGP. “It’s the place where you can feel and experience Japan, you come home and look at the garden, you feel like in Kyoto.”

Generations of trauma in the Japanese-American community were unblocked when vandalism was uncovered in Shofuso in June.

“There’s always been a kind of fear among Japanese Americans that somehow our community will again be blamed for something,” Buscher said.

When Shofuso was vandalized, thoughts immediately turned to this space, especially among the elders: “Oh no, it’s happening again.”

“We want to be recognized as the integral fabric of this nation and this city.”

For some, this constant fear led them to distance themselves from the culture, resulting in a wave of assimilation where the language ceased to be spoken even at home, to avoid putting a target on their backs.

“There is a back and forth between those who have been here for generations and who want to be seen as Americans, and who have a history of radicalized trauma because of the way this American government has treated them,” said Romana Lee-Akiyama. “We want to be recognized as the integral fabric of this nation and this city.”

In some ways, Shofuso offers just that by encouraging cross-cultural connection. But Lee-Akiyama also stressed the importance of getting the community to understand the deeper history of the AAPI community in America without being limited to iconic cultural institutions.

Initial reactions to vandalism also contributed to the sense of otherness. Police took seven hours to report to Shofuso after the vandalism report – they were told an officer was driving by and thought it was a restaurant.

While the city has offered Friends of Home and Garden a one-time security grant of $26,000, the group will need sustained security support over several years. On top of that, the estimated cost of restoring and securing Shofuso is an additional $75,000. A crowdfunding campaign has so far garnered support from 330 people, raising just over $27,000 for the historic site.

“The good news about this negative example is that we realized how supportive other organizations are, including the City of Philadelphia and other Japan-related organizations,” Teune said. “They all helped us and asked their members to help us. It was very moving and I’m really grateful for their support.

Work produced by The Inquirer’s Communities and Engagement office is supported by the Lenfest Institute for Journalism. Editorial content is created independently of project donors.

America’s Black Community Fights to Protect Their Legacy at NMAAHC

Tribute to Native American Culture at the NYS Fair