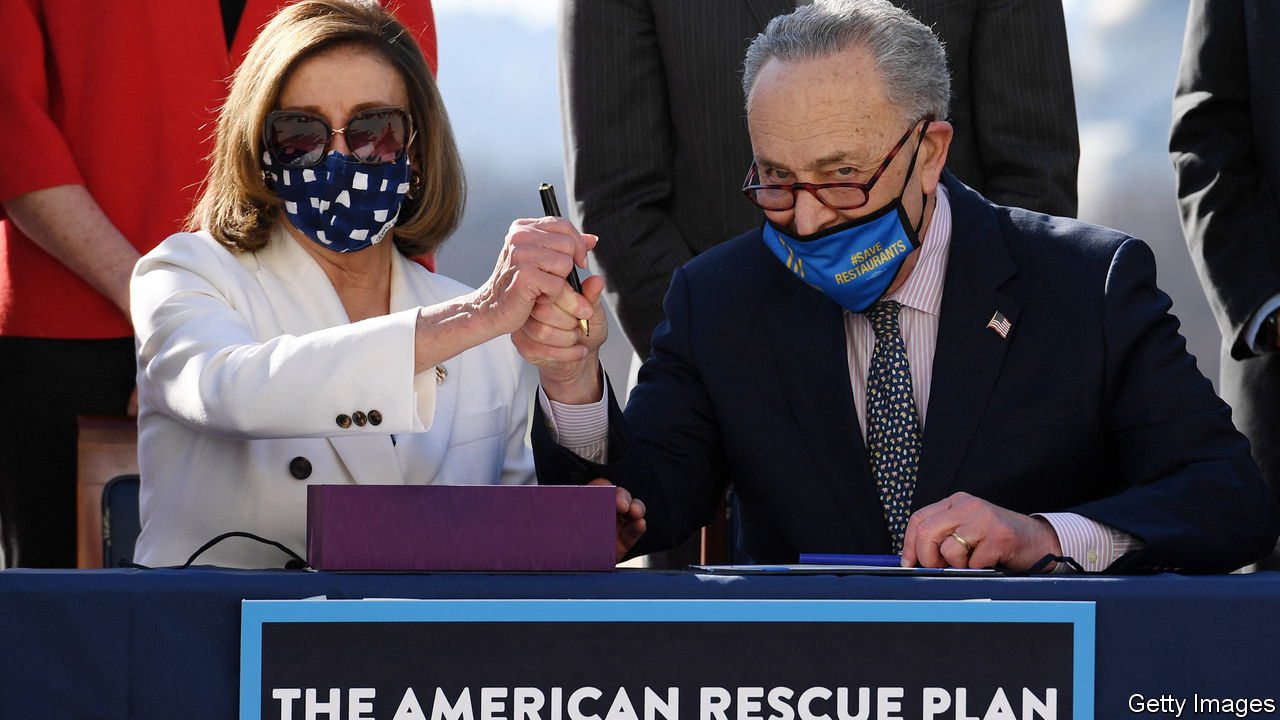 NOTEARLY OF A YEAR has passed since Congress approved the American Rescue Plan Act (ARPA), promising spending of $1.9 billion, or 9% of GDP. Many, including this newspaper, worried that such federal largesse would seem excessive. These fears have been confirmed. ARPA helped create a surge in demand that contributed to the inflation that plagues America and is higher than in other advanced economies. He also gave states and local government agencies more than $650 billion, more than they knew what to do with.

They are eager to spend it, one way or another. State spending hit a record high in 2021 and is expected to break the record again this year. Some ARPA the money is going into smart investments and rainy day funds that will help states weather the next recession. But too many states lavish federal dollars on dodgy projects that look better in campaign advertising than on a balance sheet.

Massachusetts state lawmakers like to divert money intended to help schools reopen to building new football fields. Of greater concern are efforts to enact further tax cuts and social programs. Iowa plans to abandon a progressive income tax in favor of a flat tax, while exempting retirement income. California Governor Gavin Newsom has proposed expanding the state’s health insurance program to undocumented immigrants for an additional $2.2 billion a year. These initiatives are creating large liabilities that could prove unsustainable in years to come, as funds from Washington ebb and the U.S. economy returns to its more moderate pre-pandemic growth rate.

When this tide recedes, it will become painfully clear that states face structural problems. Although the federal government has shouldered much of the tab during the pandemic for spending on Medicaid, the public health insurance plan for the poor, program costs represent an ever-increasing share of state budgets. Increased energy efficiency has reduced gas tax revenues, the primary means available to states to fund transportation infrastructure. Many states in the Midwest and Northeast are losing people, leaving them with infrastructure that is too expensive and too extensive for those who stay.

All the more important, therefore, as state governments use the federal windfall to make their economies more competitive. A few principles should guide them. First, they should prioritize one-time investments over lasting commitments. Cleaning up pollution and upgrading old computer systems are limited projects that will bring benefits for years to come. Many states also have large infrastructure maintenance backlogs that they would do well to reduce. Second, any new long-term project must be chosen with a view to improving productivity in a post-pandemic world. Broadband internet, especially in underserved rural areas, is a prime example.

Finally, the temptation of tax cuts and social programs must be curbed by looking to the future. Conservative forecasts of tax revenue growth should be based on economic trends rather than the surge in tax and tax revenues during the pandemic. To avoid sudden budget shortfalls, tax cuts can be designed to occur only above an income threshold, as in North Carolina in the past. And states would do well to pilot social programs before moving forward, unlike Colorado, which is spending $13 million this year to set up the bureaucracy of a universal preschool program that doesn’t yet exist and whose benefits are unproven.

ARPA is only part of the state federal windfall. Even more money from Washington is expected to arrive with the implementation of the $1.2 billion Infrastructure Investment and Jobs Act, passed in November 2021. Ambitious governors and state legislators are eager to make their way to re-election. Alas, they risk leaving a fiscal time bomb that future policymakers will have to defuse. ■

For more coverage of Joe Biden’s presidency, visit our dedicated hub and follow us as we track changes in his approval rating. For exclusive insights and reading recommendations from our correspondents in America, sign up for Checks and Balance, our weekly newsletter.

How Communities Can Help Immigrants Adjust to an American Culture | Projector