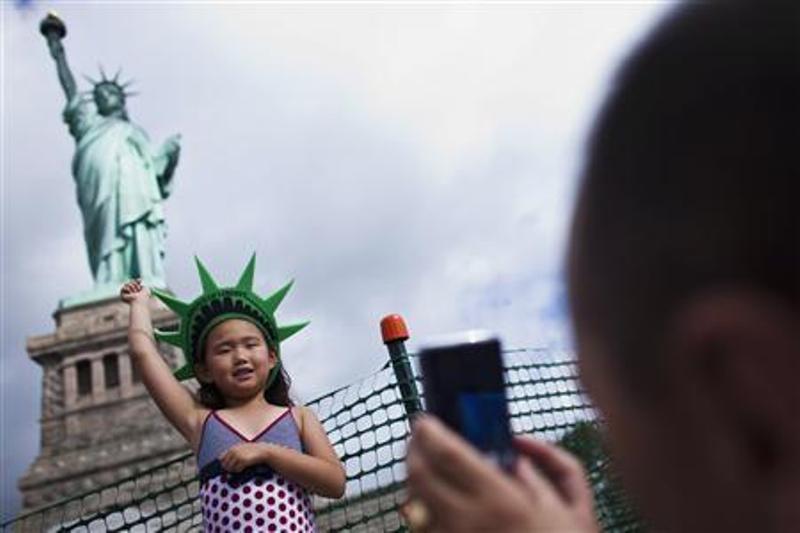 The uniqueness of American culture

At the risk of inflicting cruel and unusual punishment on CP readers, I’ll give you a brief insight into how my mind “works” sometimes. Please remember that I have Attention Deficit Hyperactivity Disorder (ADHD). If they had had Ritalin when I was a kid (when the earth’s crust was young), they would have marinated me in it.

Anyway, I was working on the first draft of a column on “How words are weapons in any battle requiring persuasion in the public square”.

I paused to sift through a pile of newspaper clippings that I had “filed” to be kept or discarded later. While doing so, I came across an article that immediately made me say, “Teaching moment! Learning time!”

So, I immediately decided to postpone the scheduled column to go with this one! It’s here.

As I was leafing through a old copy of The New York Times, the following quote from a French Muslim caught my attention: “It is only abroad that I am French. I am French, I am married to a Frenchwoman. I speak French, I live French, I love French cuisine and culture. But in my country, I am not French.

Clearly, there has been a growing wave of emigration from France by French men and women who are children of non-French (mainly Muslim) immigrant heritage in recent years.

This phenomenon illustrates a point that I have sought to make many times. The United States of America is a unique society in that it is not established and based on soil or ethnicity, but on an all-encompassing idea that “all men are created equal” and that “they are endowed by their Creator” with “the right to life, liberty and the pursuit of happiness. This ideal, and allegiance to it, are the social cement that binds us together. In France and in most countries of the world, a society is formed and maintained by its common ethnicity and experience. Many of these mostly white-collar French emigrants have settled permanently, many in the United States, where they feel much more accepted.

I said many times that I could take all the steps to become a French citizen and learn the French language and customs, but I would still never be fully accepted as “French”.

Yet someone perhaps of Korean descent and ancestry can immigrate to the United States, learn English and become a citizen, learn our history, embrace our ideals, and become fully American in a much deeper sense. or I could never become “French.”

I was first personally aware of this profound difference when I was a doctoral student at the University of Oxford in Great Britain (1972-75). It was a time of deep political tension and turmoil in the UK as the end of socialist Britain was on its tottering last legs, soon to be replaced by Thatcherism. And yet, while they would go on relentlessly and vehemently, they still had their common heritage and experience as Englishmen to hold them together.

A humorous experience during my first year there helped reinforce that message. In my ignorance, I mistakenly thought at the time that “British” and “English” were synonymous terms that could be used interchangeably. In conversation with my advisor/teacher from Oxford, who was very English, I made the mistake of describing the great American writer and emigrant to Britain, TS Eliot, as English. My tutor immediately replied, “Oh no, my dear boy, you can become British, you have to be born English!”

For an American like me, it was really strange feelings. Anyone can become an American in every sense of the word I, whose family on both sides arrived on these shores before 1700, am an American, as long as you embrace and swear allegiance to our founding ideals.

By making common cause in cherishing our American ideals, without abandoning their own ethnic traditions, they have and will continue to enrich the multi-hued tapestry of our common culture in many important ways.

This welcoming attitude toward newcomers who embrace American ideals extends to even the strongest regional American traditions. I’m a sixth-generation Texan, and no one is more proud of their traditions than Texans. Yet with a steady influx of newcomers to the state over the past few decades, the most popular bumper sticker year after year in the state is, “I wasn’t born here, but I came here as soon as possible!” In other words, Texans applaud the good taste of those who move to Texas and welcome them as “Texans.”

We have all benefited from the diverse cultural, musical, linguistic and culinary contributions that each ethnic group has made to the great mosaic that is America.

Reading about the sad fate of French emigrants, I was once again so grateful that in God’s providence I was born and raised in this great and unique country. I also couldn’t help but think of Dr King and his enormous contribution to all of us in articulating the vision of a country where we are not judged by the color of our skin, but rather by the content of our character.

As President Theodore Roosevelt said a little over a century ago, America has plenty of room and acceptance for immigrants who come here for a better life for themselves and their families as long as their main goal was to be “American”. TR wanted to make sure the emphasis was in the right place – i.e. African American, Anglo American, Irish American, Italian American, etc.

Let us all consider our patriotic duty to help our dear country to live up to the ideals contained in our founding acts. This American vision and dream for all men and women is noble and deserves our devotion and our duty.

PS My heart breaks when I see the apparent martyrdom of Ukraine in its pursuit of what began as the American dream that has universal application. I recognize the “spirit of 1776” when I see it, and it is bravely displayed in Ukraine right now as free men and women stand against the savage tyranny of Russia. Please join me in praying for our Ukrainian brothers and sisters and their families.

Dr. Land explores many current and critical topics in his daily radio report, “Bringing Every Thought Captive”, and in his weekly column for CP.