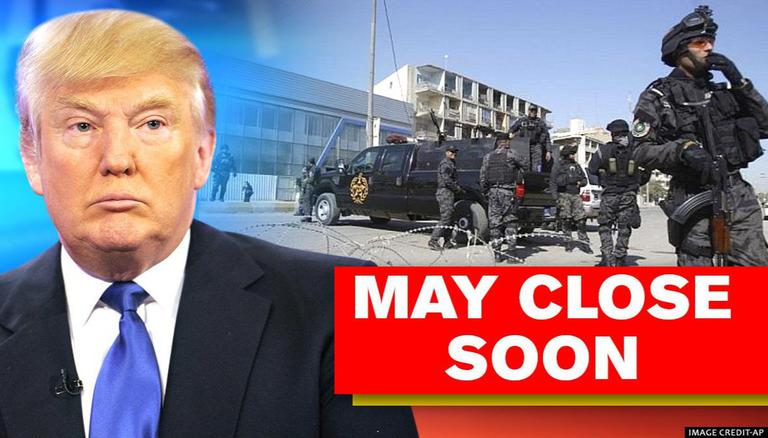 US decides to close US embassy in Baghdad over fear of attack: report

The United States may soon close its embassy in Iraq due to occasional rocket attacks in the Green Zone, where most government buildings and foreign embassies are located. The September 27 Wall Street Journal, citing Iraqi officials as a source, reported that the shutdown could be gradual, lasting two or three months. Officials reportedly told the newspaper that the United States had already taken preliminary steps to close the embassy in Baghdad.

According to reports, US Secretary of State Mike Pompeo conveyed his message regarding the possible closure of the embassy in Baghdad to Iraqi President Barham Salih and Prime Minister Mustafa al-Kadhimi. The United States is said to be unhappy with the regular attacks on its embassy and the lack of effective action by the Iraqi government. The US consulate in Erbil, the capital of the Kurdistan region of northern Iraq, will not be closed, according to reports. More recently, Baghdad’s heavily fortified Green Zone was attacked by a rocket on September 15 and fell near the US Embassy.

Saudi Arabian TV channel Al-Arabiya reported that US officials in Baghdad were worried about a possible attack on the embassy and feared hostages could be taken by terrorists.

The United States is reducing its troops

This comes as the United States prepares to withdraw its troops from the Middle Eastern country in line with US President Donald Trump’s poll promise in 2016. The United States has significantly reduced its presence in Iraq and is expected to further reduce figures a third from 5,200 to 3,500. In August of that year, US troops withdrew from the Taji base and handed it over to Iraqi security forces.

Black Lives Matter is now manifesting in Delhi? Reinforced security in front of the American embassy