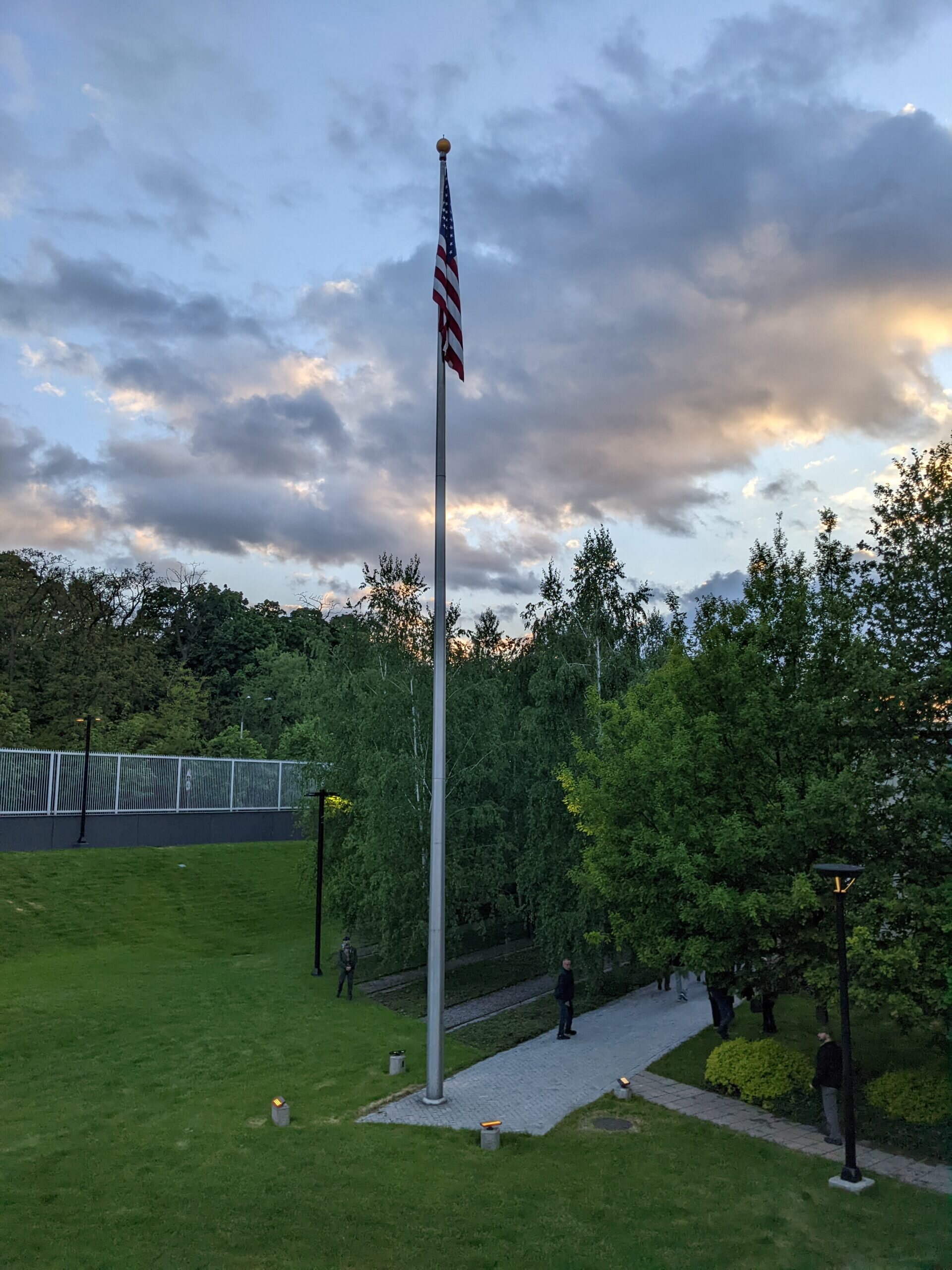 After three months, the U.S. Embassy in Ukraine officially reopened in Kyiv on May 18 with an official flag-raising ceremony.

“Now that day has come. Today we officially resume operations at the U.S. Embassy in Kyiv,” said U.S. Secretary of State Antony. blinken said in a report.

He continued: “The people of Ukraine, with our security assistance, defended their homeland from the unreasonable invasion of Russia and as a result, the stars and stripes once again fly over the embassy. . We proudly support and continue to support the government and people of Ukraine as they defend their country against the Kremlin’s brutal war of aggression.

The U.S. Embassy in Kyiv, Ukraine, seen on May 18. (Courtesy of the US State Department)

A few days before Russia’s renewed invasion of Ukraine on February 24, the United States Embassy closed and moved to Lviv, and later to Poland.

“We are determined to meet the challenges ahead. The war is raging. Russian forces inflict death and destruction on Ukrainian soil every day,” Blinken said. “Millions of Ukrainians are displaced from their homes and mourn the loss of loved ones.”

The reopening of the American embassy is the last since Ukraine won the battle for kyiv in the first days of April. On May 8, Canada reopened its diplomatic mission in the Ukrainian capital after the European Union also opened its doors.

Washington has provided the most financial and military aid to Ukraine since February 24 than any other country or political and economic bloc such as the EU.

A $40 billion aid bill is pending in the US Senate after passing the House of Representatives. Washington has already provided more than $3.6 billion to Ukraine in various forms of assistance since the full-scale invasion. US President Joe Biden also signed a lend-lease law for Ukraine to simplify procedures for delivering aid to the war-torn country.

European Commission President Ursula von der Leyen proposed on May 9 to grant Ukraine an additional €9 billion in macro-financing this year.

“We propose to complement the significant short-term relief provided so far, with new exceptional macro-financial assistance to Ukraine of up to €9 billion in 2022,” she says in a report. “But we also need to think about the aftermath for the broader reconstruction effort. The EU has a responsibility and a strategic interest in leading this reconstruction effort.”

The World Bank and International Monetary Fund say Ukraine needs about $5-7 billion a month to cover a budget shortfall as the Russian invasion drags on into its third month and inflicts more damage infrastructure and the economy in general.

Found a spelling mistake? Let us know – highlight it and press Ctrl+Enter.