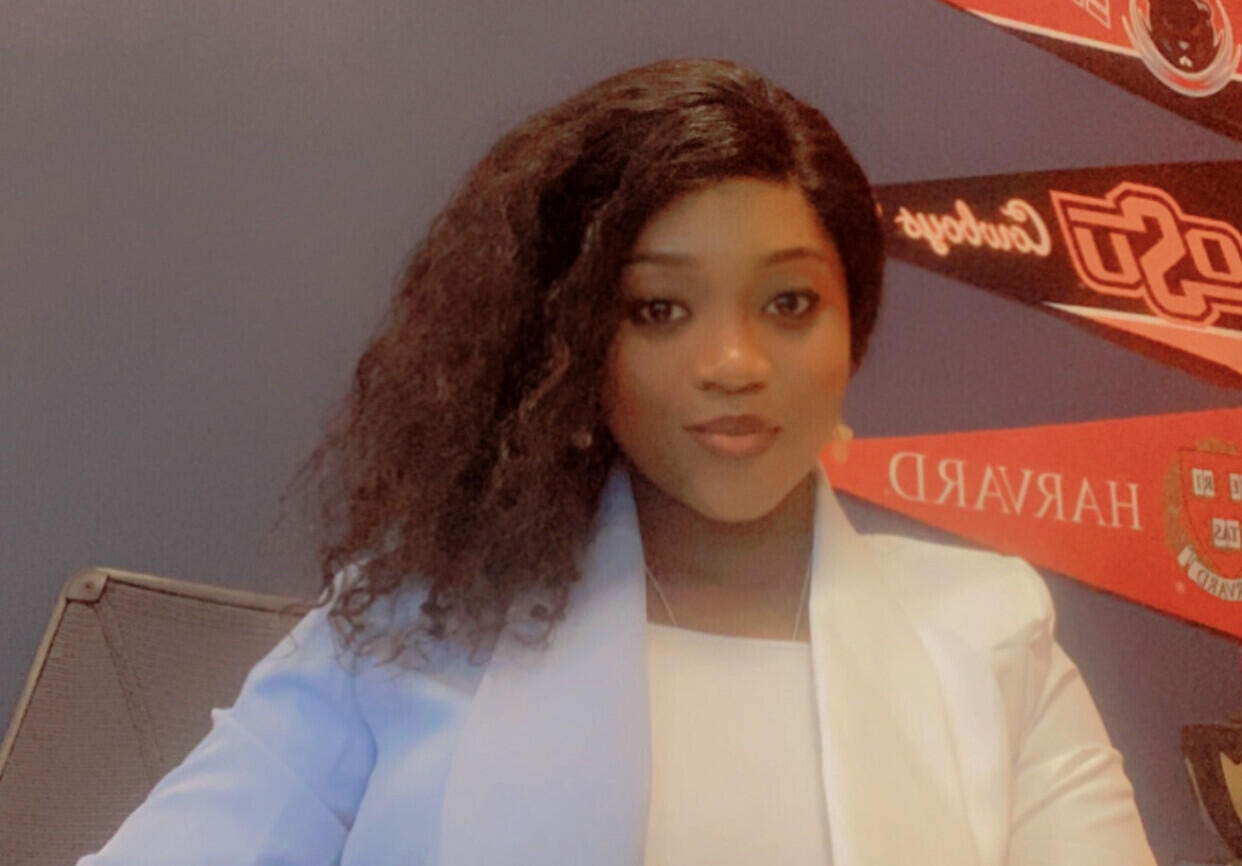 “I finally got my dream job,” said Samake, a Malian who graduated in 2017 with a bachelor’s degree in international studies from School of Global Studies in the VCU College of Humanities and Sciences and now works as Deputy Director of the American Center and EducationUSA Advisor for the American Embassy in Mali.

Samake started at the U.S. Embassy in Bamako, Mali on June 6 and finds working in diplomacy a great experience, she said.

“I meet people from all walks of life with incredible skills,” she said. “My job is to run programs at the American Center that are based on English language learning, skill building, and other training. As an EducationUSA Advisor, I also advise/guide prospective students who are planning to study in the USA”

EducationUSA is a U.S. Department of State network of more than 430 international student counseling centers in more than 175 countries and territories.

“Potential students advise me on the steps they need to take for their studies in the United States,” said Samake, who earned her master’s degree in peacebuilding and sustainable development at UPEACE (University of Peace ), a United Nations-mandated university. located in Costa Rica.

Samake has dreamed of working for the US Embassy or the White House since she was a child, she said.

“It took a while, but I finally got some of what I expected,” she said. “The next step is either the United Nations or the White House, God willing.”

Samake, who now holds a Ph.D. candidate at the University of Letters and Human Sciences of Bamako, left Mali in 2013 to study in the United States

“My plan was to go to community college because my parents couldn’t afford the college fees, but my foster mom, Dr. Cummins, said I should go to VCU instead,” Samake said. “She helped my father a lot so that he could pay my school fees.”

Cummins, a professor at the School of World Studies, was Samake’s mentor as well as his foster mother, Samake said.

“She guided my steps throughout my time at VCU, from my PEL classes to my graduation,” Samake said.

Samake loved the diversity on the VCU campus, but initially struggled to find her place as a student in America.

“I wish I had heard of another African girl/woman experience of life in the United States as a student before coming to VCU,” she said. “It would have saved me some mistakes I made.”

She participated in several activities on campus, including One International at VCU, UNICEF at VCU, and Ram Pantry, and she was also part of the Virginia Friends of Mali family.

In 2012, Samake and her friends started a nonprofit organization, Help Needy Kids Challenge, to help others by providing clothing and food and sponsoring children’s education, she said.

One of her favorite hobbies at VCU was visiting the James Branch Cabell Library where she sometimes stayed until 3 a.m., she said.

“My thanks to RamSafe for driving me home at these times. I also really like the Writing Center, as well as the activities they organize for international students on a weekly basis and special activities during holidays or Thanksgiving for example,” she said.

Samake said VCU will always be a special place for her.

“I feel so emotional right now thinking about VCU,” she said. “I can’t wait to go back to visit again. VCU is a part of me now, like a second home that I miss every day.

Subscribe to VCU news at newsletter.vcu.edu and get curated stories, videos, photos, news clips and event listings delivered to your inbox.